Home In the Spotlight Bagnaia signs new deal to stay with Ducati in MotoGP for two... 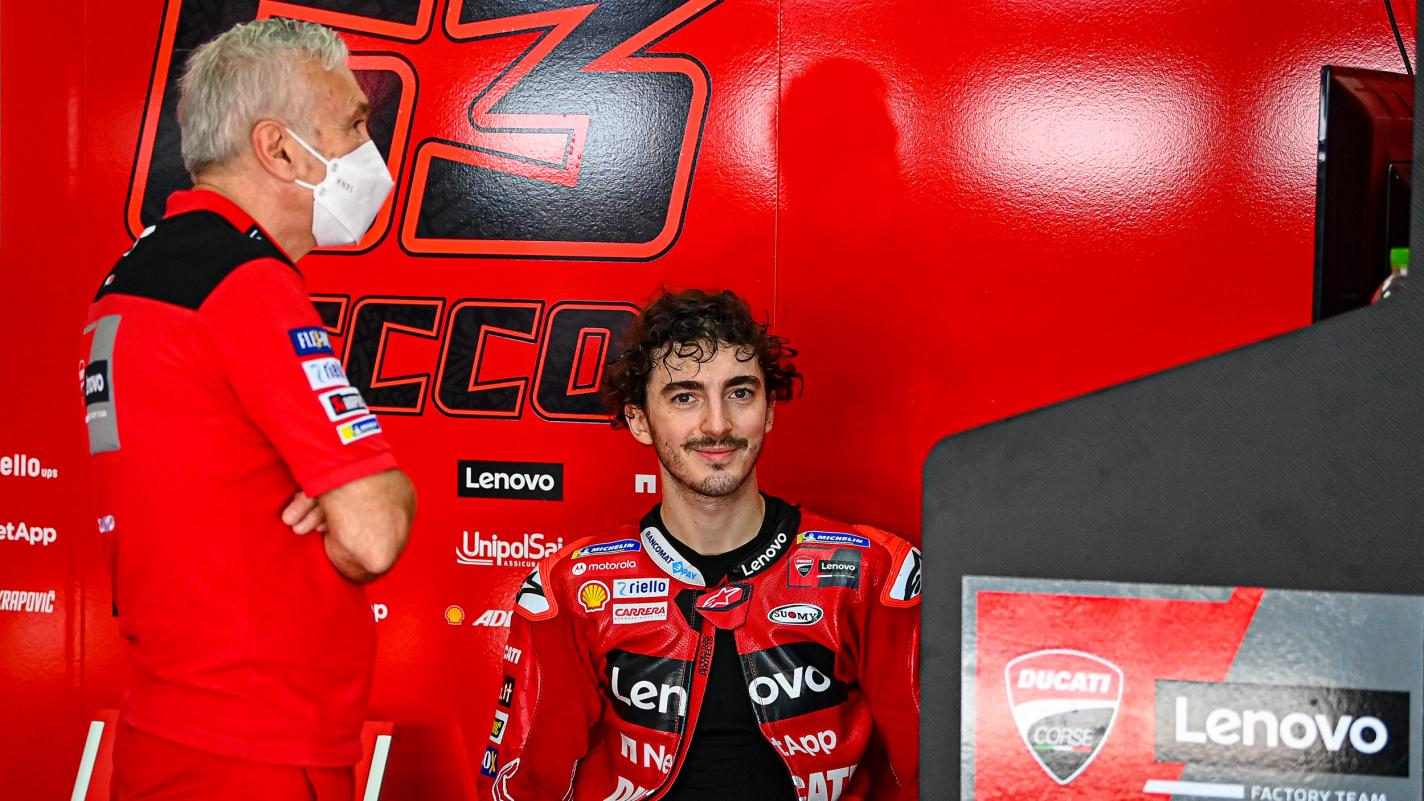 Francesco Bagnaia has inked a new deal with Ducati Corse to stay in MotoGP for two more years until the 2024 season.

Having joined the factory outfit in 2020, Bagnaia improved in leaps to be a title contender by the end of the 2021 MotoGP season against Yamaha’s Fabio Quartararo. He outdid his experienced teammate Jack Miller to showcase his mettle in the premier class.

With the 2022 season not far off, Bagnaia has inked a new deal with Ducati in MotoGP which will see him compete with the Italian manufacturer until the 2024 season. “Being a Ducati rider in MotoGP has always been my dream, and knowing that I can continue with the Ducati Lenovo Team for another two seasons makes me happy and proud,” he said.

“I have found a serene environment in the factory team: I feel very much in tune with my team and know that we can do great things together. Now I can only concentrate on doing well in this Championship. A big thank you to Claudio, Gigi, Paolo, Davide and all the Ducati Corse staff. I’ll try to repay their trust with my results on the track!”

At the same time, Luigi Dall’Igna added: “We are delighted to have Bagnaia with us for another two seasons. Since he arrived at Ducati in 2019, Pecco has shown great talent and the ability to interpret our Desmosedici GP very well, adapting to ride it in any condition.

“He did it, especially in the last season, during which he had significant growth and got to play for the World Title. The way he managed the races at Aragon, Misano, Portimao and Valencia, scoring four fantastic victories, is proof of his maturity as a rider. With these great qualities, we are sure that he has the potential to aim for the title with us.”