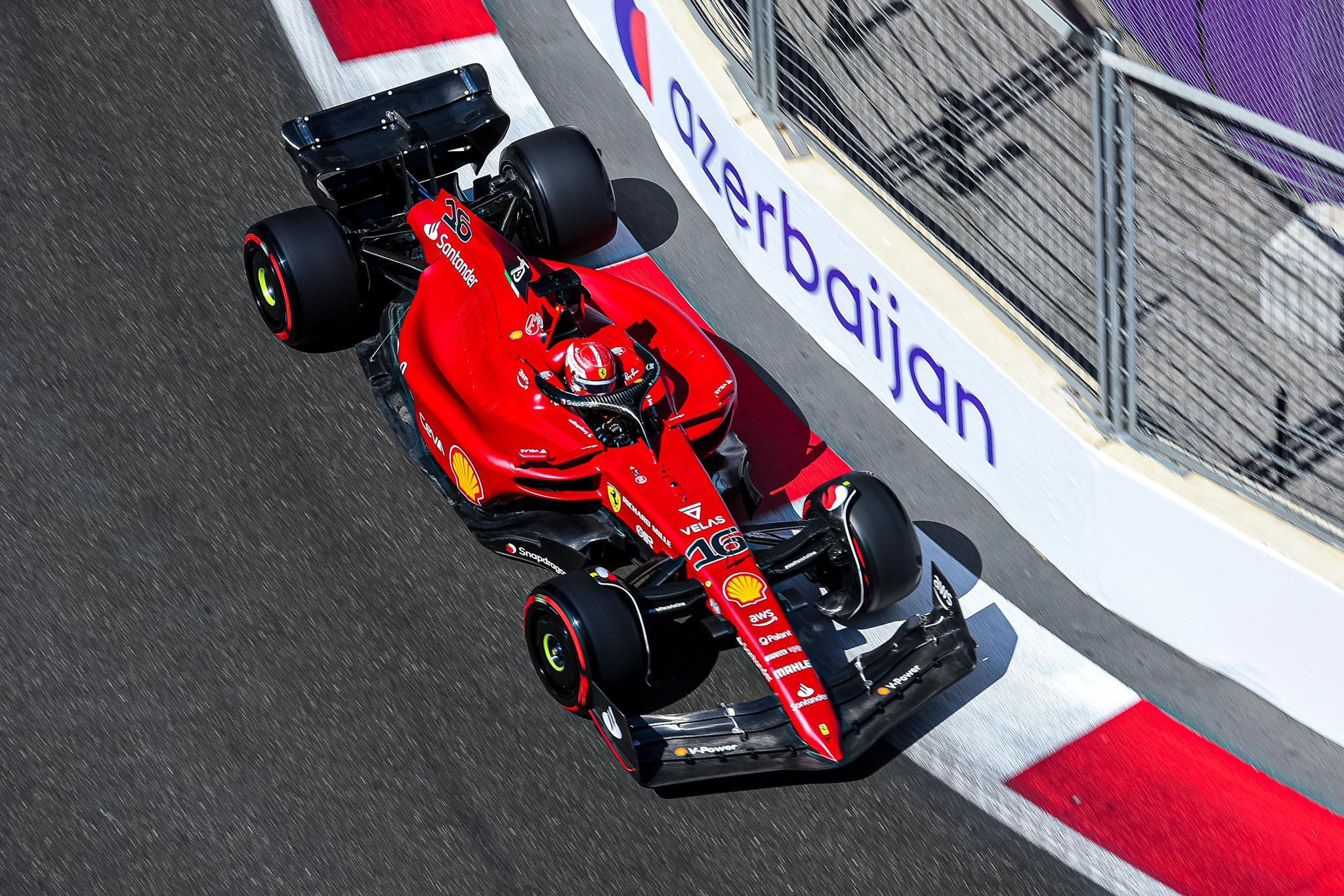 After FP3 was delayed, the start of F1 Azerbaijan GP was delayed too for the two hours mark to be fulfilled. It was a traffic jam to get out as a pit incident involving Haas pair was noted to be investigated after the session by the FIA stewards.

There was incidents involving both the Aston Martin cars with Sebastian Vettel having an early off, but teammate Lance Stroll had two. At the right-hander, the car didn’t turn at all as he managed to continue on after reversing without any major damage.

The tyres were flat-spotted certainly which led to another bigger incident at Turn 2, this time at the left-hander where he just rammed onto the barrier. It brought out the red flag with about two and a half minutes to go for others to make it out.

On-track, Red Bull’s Max Verstappen set the pace with a 1m42.722s from teammate Sergio Perez as Ferrari’s Charles Leclerc was third. The re-start was mayhem on out lap with everyone trying to outdo each other to make it on time.

Everyone did make it but some of them couldn’t generate enough temperature to attack the lap. While the AlphaTauri duo got into the Top 10, Alfa Romeo’s Valtteri Bottas made it into Q2 from the knockout zone, with Haas’ Kevin Magnussen (1m44.643s) in 16th.

The stewards, meanwhile, put Mercedes’ Lewis Hamilton under investigation for driving unnecessarily slowly at Turn 12. There was an off moment for AlphaTauri’s Yuki Tsunoda at Turn 2, while McLaren’s Lando Norris having one at Turn 15.

Replays showed Tsunoda having a minor wall brush, as Red Bull’s Perez set the pace with a 1m41.955s lap from the Ferrari pair of Leclerc and Carlos Sainz. The lap where the Mexican went fastest saw a minor brush with the wall but he managed to continue on.

The third part in F1 Azerbaijan GP qualifying started off interestingly as the two Ferrari cars led the Red Bull pair, where Sainz headed Leclerc by 0.047s in provisional pole position. Perez slotted in third despite a wall brush with Verstappen in fourth.

The best of the rest spot was with AlphaTauri’s Pierre Gasly, as he headed Mercedes’ George Russell. The second run saw no improvement from Sainz which dropped him to fourth after his initial lap of 1m41.814s in the first run.

But teammate Leclerc smashed himself to F1 Azerbaijan GP pole with a 1m41.359s lap as a last lap dash from Red Bull’s Perez put him in second with a 1m41.641s lap which was enough to beat his teammate Verstappen (1m41.706s) in a straight fight.

UPDATE: Norris was let off for driving unnecessarily slowly as the stewards noted that Hamilton slowed to allow the McLaren to pass but he didn’t do it due to yellow flags. The status quo was maintained even though they were slow at that moment.

“The Stewards heard from the driver of Car 44 (Lewis Hamilton), the driver of Car 4 (Lando Norris) and the team representatives, and examined video, radio communication and GPS evidence,” said the stewards. “Car 4 was following car 44 when the latter slowed in an effort to get car 4 to pass. The driver of car 4 decided not to pass and at the same time yellow flags were displayed at the next marshal post.

“Although car 4 was driven slowly, there was no potential danger to any other driver, this occurred on a straight section of road where visibility was not an issue, and there was room for the car behind (car 3) to pass if the driver of that car had wanted to. All three cars (cars 44, 4 and 3) were on “out” laps at the time.”

At the same time, for Hamilton, the stewards added: “The Stewards heard from the driver of Car 44 (Lewis Hamilton), the driver of Car 4 (Lando Norris) and the team representatives, and examined video, radio communication and GPS evidence. The driver, in evidence, stated that he did slow down in order to endeavour to be passed by car 4, to achieve a “tow” on his fast lap, however car 4 obviously had the same intent and decided not to pass him.

“Although car 44 was slow, the Stewards note that for the lap the delta time was respected, the driver pulled over to the left and off the racing line, this occurred on a straight where visibility was not an issue and there was no potential danger at any point, to any other driver. The three cars on this portion of track at the time (cars 44, 4 and 3) were all on “out” laps.”

There was no further action for both Magnussen and Schumacher after unsafe release where the two Haas drivers were positioned in the pitlane for their qualifying runs but not in the fastlane. It was because there was no space for them to fit in the fastlane.

“The Stewards heard from the driver of Car 20 (Kevin Magnussen), and the team representative, and examined video and radio calls,” said the stewards. “The team manager of Car 20 explained that the team prepared the cars for the session in the normal manner and timeframe but that other cars lined up very early for the start of that session. The Stewards accept that the positioning of the pit garage for the team made it impossible in the circumstances for either team car to line up in order in the fast lane, in view of number of cars that were already there.

“It is noted that both cars departed in a safe manner, and further that it would have been extremely difficult, if not impossible, for the team to determine which order the cars should depart, leaving the only option as starting behind all other cars. This effectively means that teams allocated pits at the exit of the pit lane will always have to exit last unless they choose to leave their garage significantly earlier. The Stewards recommend that this particular regulation be examined, as this case is almost identical to that involving Williams Racing in Mexico 2021, where no further action was taken.”