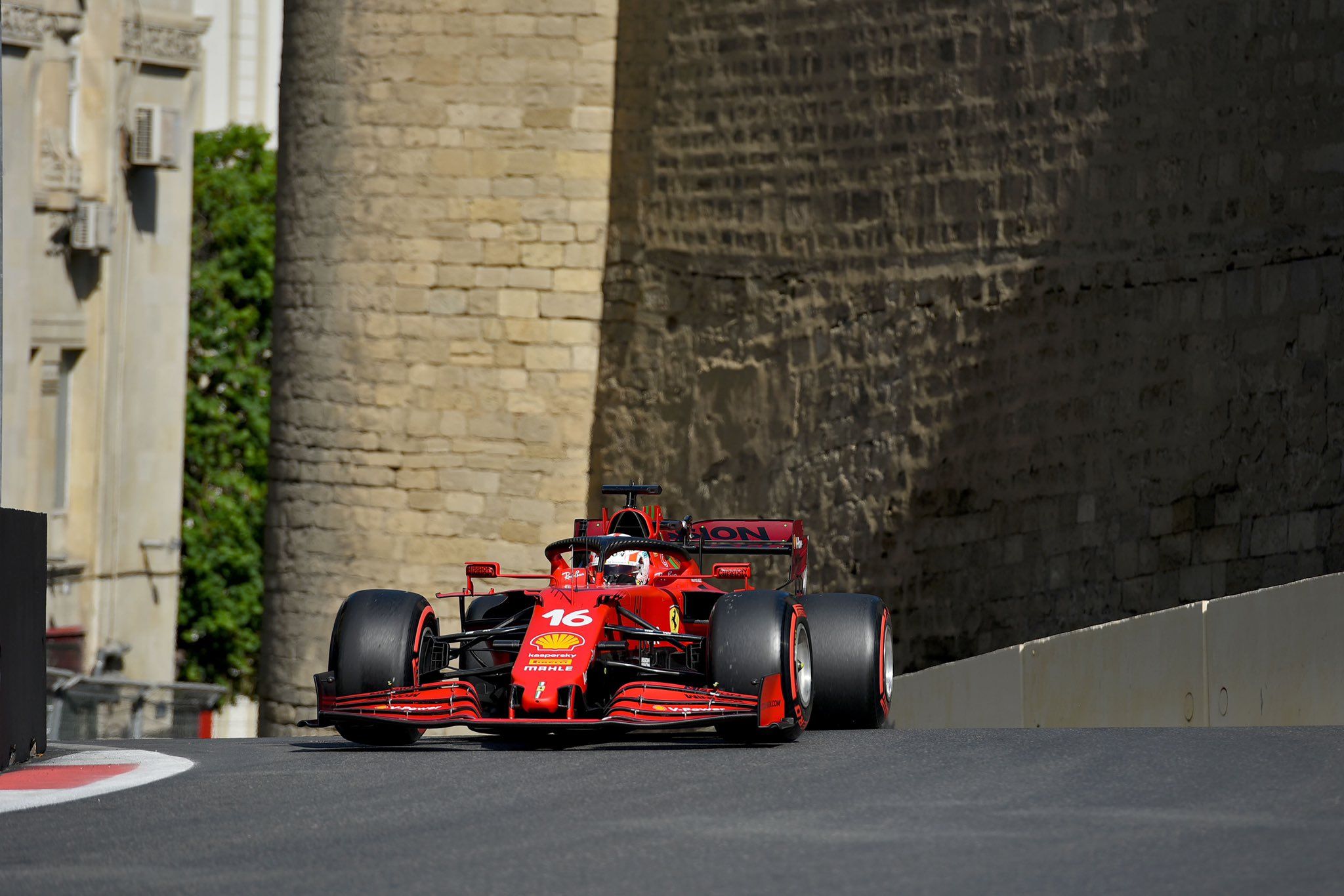 The first part in F1 Azerbaijan GP qualifying had Mercedes start on the medium tyres for their first run, as all the 19 cars went out immediately to set a banker lap in. Williams’ George Russell was the only one in the pits due to car repair.

Williams found an oil leak in the brand new engine and decided to replace it. Work continued on in the garage, where they were handed some extra time due to a Turn 15 incident for Aston Martin’s Lance Stroll, who tapped the barrier to cause a red flag.

The red flag stoppage allowed Williams to be ready with Russell, as 10 drivers managed to set a lap time before another stop for a crash for Alfa Romeo’s Antonio Giovinazzi at the same Turn 15. It caused another halt, which disrupted everyone’s run plan.

The second re-start became crucial for many drivers as stewards put McLaren’s Lando Norris under investigation for red flag procedure infringement. At the front, it was Mercedes’ Lewis Hamilton leading after getting a tow from a AlphaTauri.

The second part in F1 Azerbaijan GP qualifying saw every driver use the soft tyres to set their best time in the Sunday strategy game. It was a Red Bull 1-2 with Verstappen leading from Perez, while Hamilton was third from Ferrari’s Charles Leclerc.

The Top 4 in that session were separated by just the 0.034s, as Q2 ended under red flag after a crash for McLaren’s Daniel Ricciardo at Turn 3. It disrupted the laps of few other drivers, as Aston Martin’s Sebastian Vettel missed on Q3 by just the 0.029s.

The third part in F1 Azerbaijan GP qualifying saw Ferrari led the way after Charles Leclerc set a 1m41.218s lap to secure provisional pole after getting a tow from the Mercedes drivers. Carlos Sainz was second initially but was pushed down to fourth.

Red Bull’s Verstappen slotted in second but was pushed to third after Mercedes played the tow game, where Hamilton used Valtteri’s Bottas’ slipstream to be second. A late run from AlphaTauri’s Pierre Gasly saw him slot in fourth behind the Top 3.

The tow game was on in the second run too, with Bottas slowing initially to get a tow. But it didn’t matter in the end as a red flag ended the session after a crash for AlphaTauri’s Yuki Tsunoda at Turn 3, which caught out Sainz, as well, to crash on his own.

UPDATE: Post-qualifying, the stewards handed a three-place grid drop to Norris for his red flag infringement incident. The driver admitted that he attempted to make it into the pits, but it was too late in the end for him to enter.

Here’s what the stewards stated: “The Stewards heard from the driver of Car 4 (Lando Norris) and team representatives and reviewed video and timing evidence. NOR was just on the long start-finish-straight when red flags were displayed. Consequently, red lights were flashing on a panel on the left guardrail and on the car’s dashboard.

“During the hearing the driver admitted that he lifted the throttle, braked and was committed to and able to enter the pitlane. At that moment he was not sure what to do and asked his team over the radio. Although the team ordered him immediately to enter the pits, it was too late and NOR crossed the finish line one more time.

“The Stewards assume that if a red flag is not respected during qualifying, a drop of 5 grid positions is appropriate. However, if you consider that the driver only had a very short time to react due to his position on the track, a drop of 3 grid positions is sufficient as an exception.”

With this, Norris drops to ninth, which promotes Perez, Tsunoda and Alonso, to sixth, seventh and eighth, in the order for Sunday’s F1 Azerbaijan GP. Also, both Stroll and Giovinazzi have been allowed to start despite not setting a time.