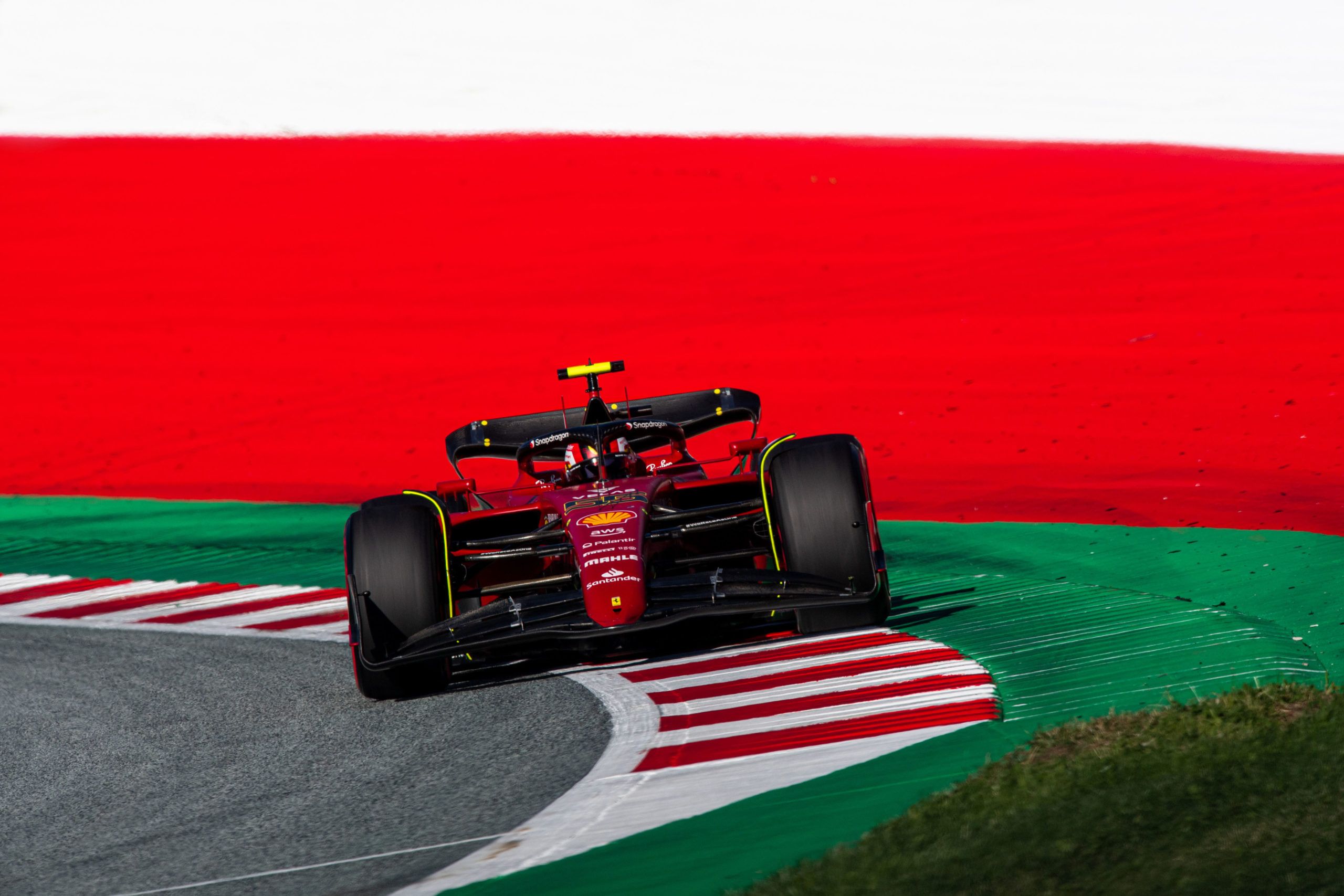 It was a clean and smooth FP2 session in F1 Austrian GP where the Ferrari pair led the way as Carlos Sainz was fastest with a 1m08.610s lap from Leclerc (1m08.660s) who was just 0.050s behind ahead of the sprint race later on, with the Monegasque having minor moment. The two cars are carrying an original version of the team’s which was first seen at the Spa-Francorchamps 24 Hours on 9 July 1932.

Red Bull’s Max Verstappen (1m08.778s) was third as teammate Sergio Perez (1m09.179s) was sixth behind the Alpine pair of Fernando Alonso (1m08.832s) and Esteban Ocon (1m08.848s). The two drivers did a limited running having joined later and ended early in the session.

The Mercedes pair too joined a bit late with George Russell (1m09.240s) missing less time than teammate Lewis Hamilton (1m09.350s), where the former was seventh and latter ninth. Both had gearbox change from the pool, while the latter had a chassis change.

The German lost a piece after going over the kerb at Turn 10 as the replays showed. Williams’ Alexander Albon was 15th from Haas’ Mick Schumacher, as McLaren’s Daniel Ricciardo was 17th from other Haas of Kevin Magnussen, AlphaTauri’s Yuki Tsunoda and Williams’ Nicholas Latifi.

Among the runners to have set the fastest lap on the medium tyres, it were the Red Bull, Alpine, McLaren and Williams pair while Tsunoda was the only other one on the yellow-coloured compound where the rest did it on the soft tyres.

Here’s what was said after Friday in F1 Austrian GP