Home F1 Austrian GP: Hamilton back on top in FP2 from Bottas, Verstappen 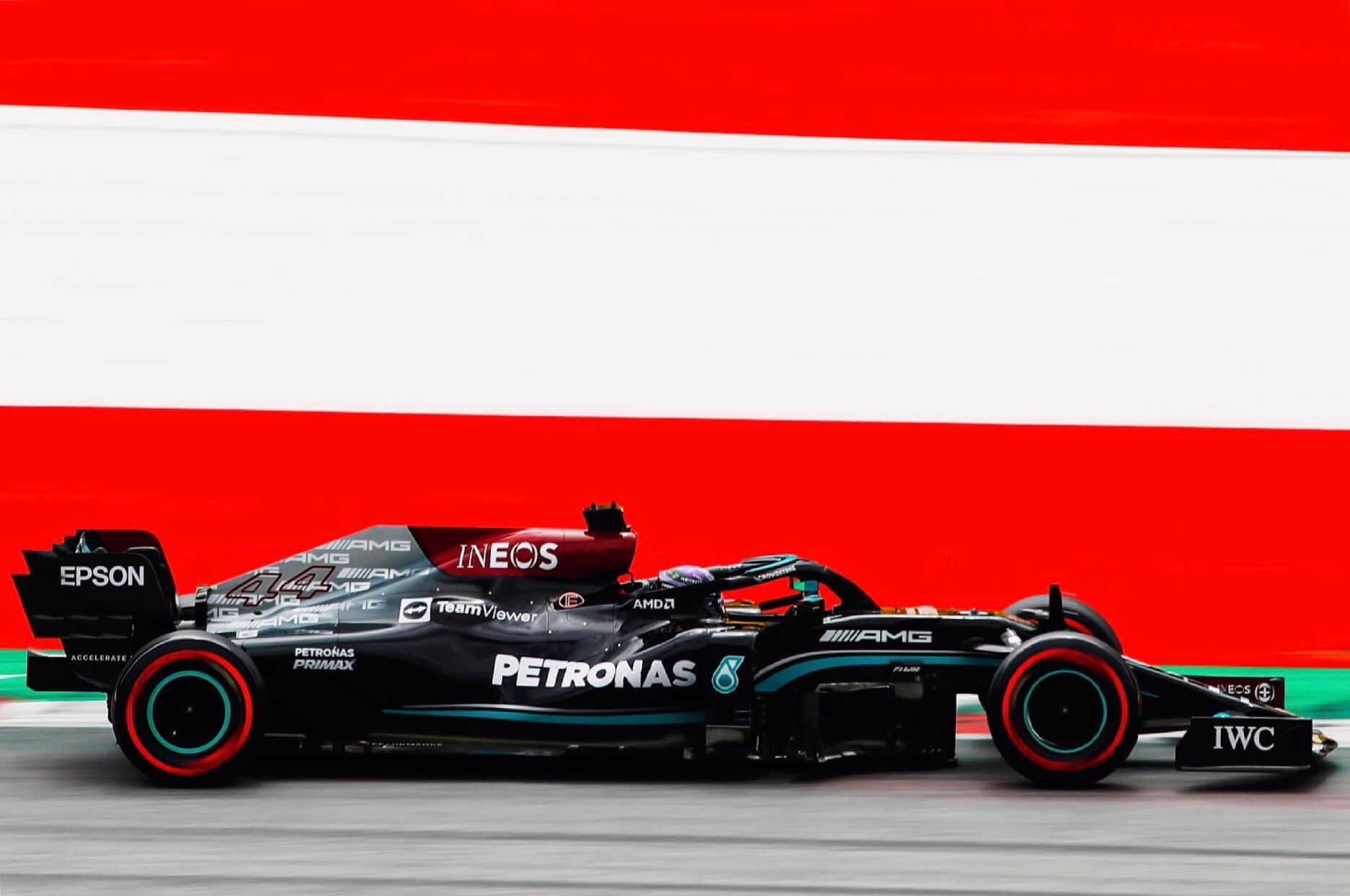 The cloudy conditions continued in F1 Austrian GP FP2 session with spits of rain in the air too. Mercedes bounced back with Hamilton in front with a 1m04.523s lap from teammate Bottas (1m04.712s) and Red Bull’s Verstappen (1m04.740s) in the Top 3.

Verstappen had a clean lap until the final corner where he ran slightly wide to lose some time, but not two tenths. The Mercedes duo couple of off moments with Hamilton and Bottas going through the gravel briefly, with rain getting heavier.

Alpine’s Fernando Alonso (1m05.393s) was eighth after his couple of hairy moments in the final corner, where he encountered traffic multiple times, as McLaren’s Lando Norris (1m05.466s), who needed an extra run, slotted in ninth.

Norris had a late half spin at Turn 2. The Top 10 was rounded out by Alfa Romeo’s Antonio Giovinazzi (1m05.511s), with Red Bull’s Sergio Perez only 11th from Alpine’s Esteban Ocon and the leading Ferrari of Carlos Sainz, who was only 13th.

The other Alfa Romeo of Kimi Raikkonen was 14th with McLaren’s Daniel Ricciardo 15th and Ferrari’s Charles Leclerc 16th, where the Ferrari seemingly struggled with their one-lap pace and braking, as both Alfa Romeo set their best on the medium compound.

Williams’ George Russell was 17th from Haas’ Mick Schumacher, who had a slight off, with Nicholas Latifi in 19th and Nikita Mazepin in 20th. The Pirelli tyre testing continued in F1 Austrian GP FP2, but most already did theirs in FP1. Among those not doing it in FP2 were Stroll, Tsunoda, Gasly, Ocon, Schumacher and Mazepin.