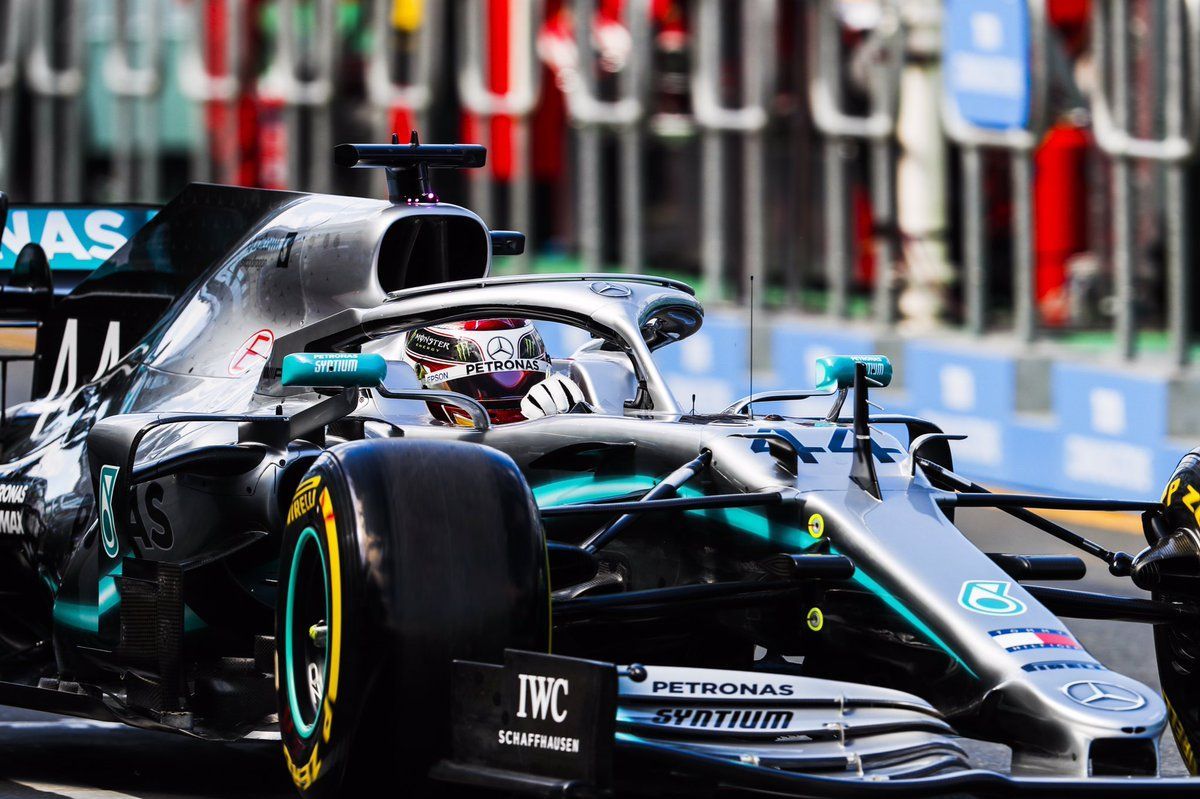 Mercedes’ Valtteri Bottas was the first driver to set a lap time to open the 2019 F1 season at Albert Park circuit in Melbourne. The Finn was provisionally quickest from teammate Hamilton at the end of the 40 minutes mark when the first set of tyres are used.

The final part of the first practice session in Australian GP weekend got interesting with Hamilton eventually setting the quickest time at 1m23.599s as he headed the two Ferrari drivers Vettel (1m23.637s) and Leclerc (1m23.673s) – only 0.074s separating the trio.

It looked like they were eyeing for a second attempt in going quicker but a brief red flag for Toro Rosso’s Alexander Albon’s incident hampered their run. The Thai racer hit the barrier in Turn 1/2 sequence as he lost his front wing and damaged his rear.

Red Bull Racing’s Max Verstappen (1m23.792s) ended up fourth ahead of Bottas (1m23.866s), with the Finn having some difficulties. He looked aggressive but in doing so, he had some scrappy moments including the one in Turn 15 where he had a 360 moment.

Alfa Romeo Racing’s Kimi Raikkonen (1m24.816s) was unofficial leader of the best of the rest in sixth with Toro Rosso’s Daniil Kvyat (1m24.832s) in a good place in seventh ahead of senior Red Bull team’s Pierre Gasly (1m24.932s).

Haas’ Kevin Magnussen (1m24.934s) was ninth with Renault’s Nico Hulkenberg (1m25.015s) putting up a late lap to be 10th after the German faced with an electrical issue at the start of FP1 and was beached up in the garage more major part of the session.

McLaren’s Carlos Sainz (1m25.285s) was 14th with the Spaniard being one of three drivers to use the hard compound in the session with the other being teammate Lando Norris (1m25.966s) and Williams’ Robert Kubica (1m27.914s).

Interestingly, the two Racing Point drivers lagged behind even with an upgraded car with Lance Stroll (1m25.288s) in 15th ahead of Sergio Perez (1m25.298s), while home hero Daniel Ricciardo (1m25.634s) not having the best of debut with Renault in 17th.

It looked like the Australian’s quick lap was disrupted a couple of times. The aforementioned Norris was 18th from Kubica and his Williams teammate George Russell (1m28.740s) – the former had a grass moment while the latter stopped in the pitlane.