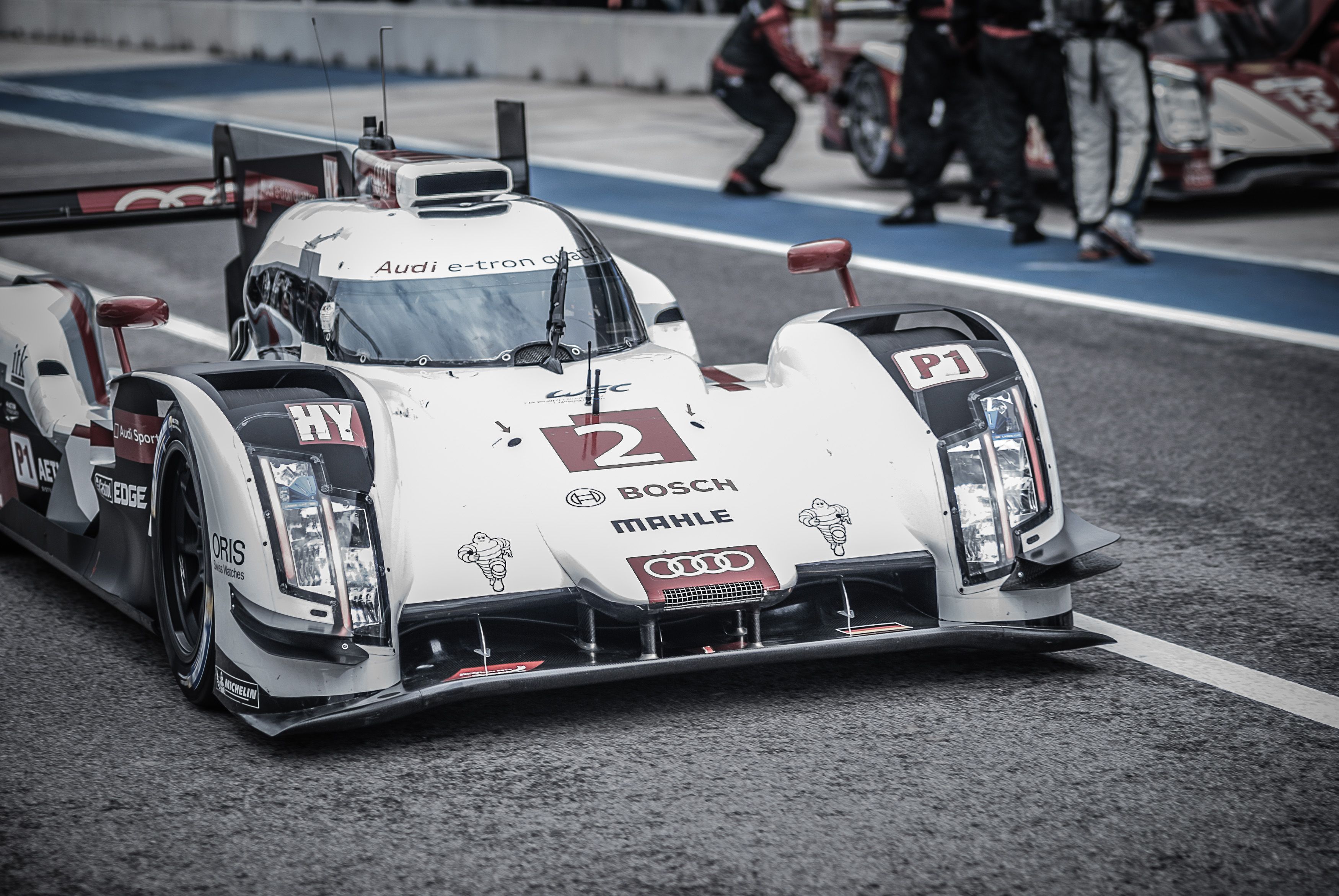 The #2 Audi win the 6h of CoTA after a very dificult race with rain. The #1 Audi was second and the #8 Toyota third. In LMP2 victory for KCMG and in GTE for the #97 Aston Martin.

Dry track at the race start and the #8 Toyota takes the lead with a half minute of advantage to the next car before the first pit stop.

Audi cars was the firsts to do the pit stop but with another strategy, they don’t change the tires. That was a very important factor at the race finish.

After that, the rain comes and there were a lot of spins and out-tracks. The FIA stop the race with the red flag, bad choice because the race was disordered and cars fighting for the lead was 2 laps lost.

After 1h of red flag, the race was restarted. The #14 Porsche was first with the two Audis behind.

The Audi strategy was better and the #2 Audi overtake the Porsche and took the lead. After that, the #1 Audi and the #8 Toyota overtake him too.

P1 and P2 for Audi at the CoTA, followed by the #8 Toyota and the two Porsche. The Lotus make a very bad race, slower than the LMP2 cars.

At LMP2 victory for KCMG followed by the #27 SMP and the #30 of Extreme Speed Motorsports.

After the red flag, in GTE Pro, the #92 Porsche of Pilet/Makowiecki was leading when the track dried. The #97 Aston Martin was faster and they overtake the Porsche and win the race.

Third was the #51 AF Corse Ferrari and fourth the #91 Porsche.

At GTE Am victory for Dalla Lana/Lamy/Nygaard with the #98 Aston Martin followed by the #95 Aston Martin and the #88 Porsche.

The next round is the 6h of Fuji at October 12th.