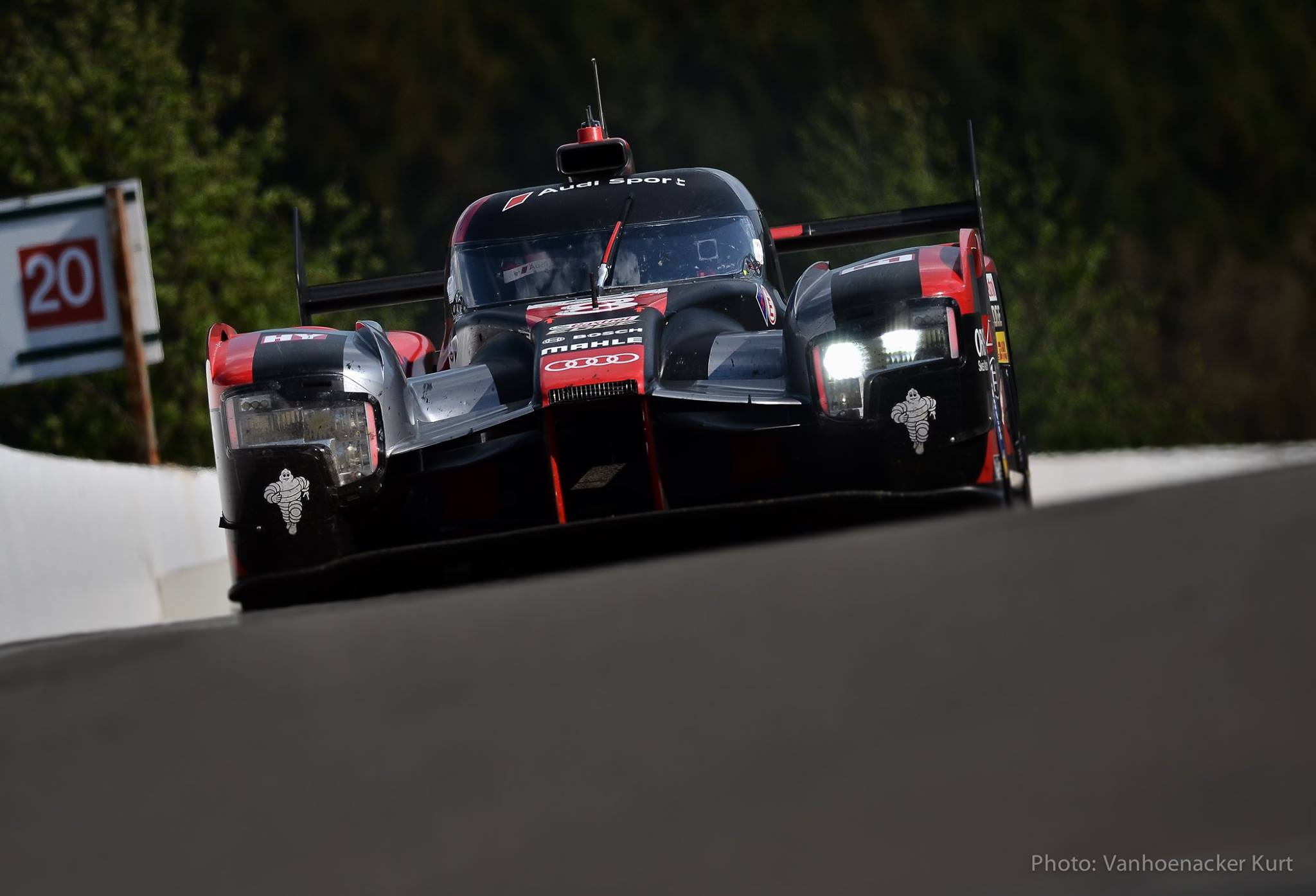 Audi has taken the victory at the 6 hours of Spa-Francorchamps, the second round of FIA WEC 2016 season. The trio of Di Grassi-Jarvis-Duval didn’t suffer any mecanichal probem which let them take the victory. The podium is completed by Porsche of Lieb-Jani-Dumas and Rebellion of Kraihamer-Tuscher-Imperatori.

The sixth hours of Spa-Francorchamps started with the Porsches keeping the lead of the race in front the Audi’s and the Toyota’s. It was a clean start, despite a spin from Manor #45.

There was also a contact in the early laps between Pippo Derani (Extreme Speed Motorsports #31) and Nelson Panciattici (Baxi DC Racing Alpine #35) at Les Combes.

Porsche leadership seem to be strong until Marc Lieb (Porsche Team #2) got some issues in his hybrid system. The other VK team, Audi was struggling a lot when they both got overtook by the Toyota Gazoo Racing #5. Mike Conway in the other Toyota Gazoo Racing #6, made contact with the SMP Racing #37.

2 HOUR – CRASHES FOR EVERYONE DESPITE TOYOTA

After the first pit stops, Sébastien Buemi (Toyota Gazoo Racing #5) managed to overtake the Porsche Team #1 for the lead of the race. In LMP2 it was the G-Drive Racing #26 who was leading as in GTPro AF Corse continues on his dominance.

In the track, Simon Dolan (G-Drive Racing) contact with Nicki Thiim (Aston Martin Racing #95) which cause a Full-course-yellow period after a nasty crash.

In that time, another driver puncture his tyres. This time was the G-Drive Racing of Berthon. That cause another Full-course-yellow of one lap, in order to clean the track.

The problems continued for the Audi #7 who had to join the box again to figure out temperature issues.

4 HOUR – TOYOTA GETS ON TROUBLE

The Audi #7 continued to day with his bad luck, causing a contact with the Signatech Alpine #36 of Stéphane Richelmi, which damaged the Audi car once again.

But Toyota #6 got on trouble as well. The Japanese squad had to retire the car due to the car damage from the contact with SMP Racing car. There was also problems in the Manor #45 who struggled with the breaks. That cost the lead of the race to the British team who saw how Signatech Alpine took the lead of the category.

5 HORA – EAU ROUGE DO NOT FORGIVE

After a solid lead, the Toyota Gazoo Racing #5 has to retire due to engine issues. That let the Audi #8 lead the race.

And the hardest crash of the day came at the end of fifth hour when the Ford Chip Ganassi Team UK #66 of Stefan Mücke lost the control of his car at Eau Rouge and crashed at Le Radillon. Luckily the German walked away from the accident. This cause a safety car period for half an hour.

The safety car brings to us a final 40 minutes of intense battle for the podium at LMP2, where Derani (Extreme Speed Motorsports #31) escaped from RGR Sport by Morand #43 for second place. The #43 car, represented by Albuquerque lost the podium after a great move from Roberto Merhi (Manor #45).

In GTE Pro, James Calado had to retire due to an engine failure. The Briton cried a lot after been leading the whole race.

NEXT UP, LE MANS

So it’s the first victory at FIA WEC for the trio Di Grassi-Duval-Jarvis who after Silverstone DNQ, take their first points of the season. Second place for Lieb-Dumas-Jani who are in the lead of the championship with 43 points, 13 more than the today’s podium finishers (second in the standings), the Rebellion of Tuscher-Imperatori-Kraihamer.

Out of the podium finished the Rebellion Racing #12, ahead of Audi Sport Team Joest #7, as ByKolles Racing Team #4 completes the LMP1 cars.

In LMP2, victory for Signatech Alpine #36 who finished sixth in the overall. Behind the French squad completes the top 10 Extreme Speed Motorsports #31, Manor #45 and RGR Sport by Morand #10.

Next race will be held on week 24 of the year, which means the 24 hours of Le Mans, France, an unforgettable race