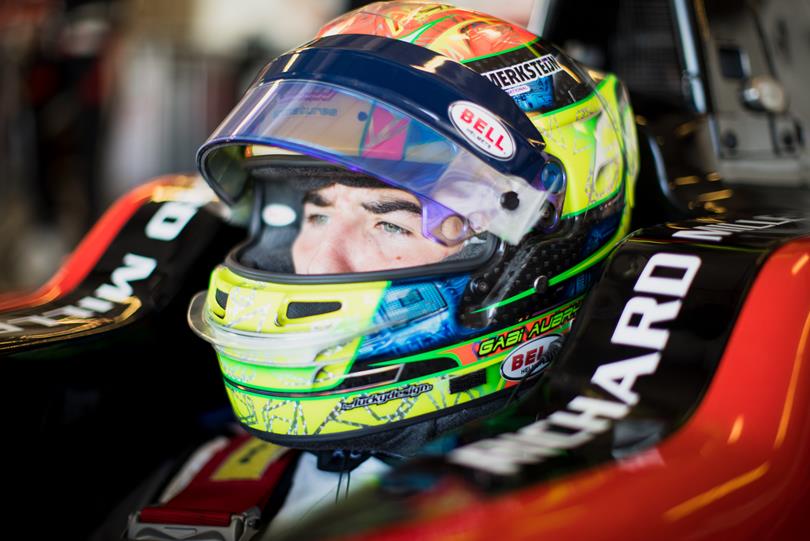 After finishing fifth in last Eurocup Formula Renault 2.0 season, with three wins and eight podium finishes for Tech 1 Racing, French driver Gabriel Aubry will make his debut in GP3 Series this year, on which he will drive for Arden International.

Arden International has confirmed the first driver that will be part of their line-up for the upcoming GP3 Series season. It will be Gabriel Aubry, a 19-year old French driver who has been racing on the Eurocup Formula Renault 2.0 for the last two years.

The Frenchman is to move to GP3 after a solid season in Eurocup, on which he has finished fifth on the standings and achieved three race wins and eight podium finishes. He also did the Formula Renault 2.0 NEC in 2017, where he also took three wins and finished the championship on fifth place.

Prior to that, his single-seaters career began in 2015, a year on which he raced in French F4 and finished third on his debut. He took the step to F4 after winning the OKJ French Championship.

After the 2017 season ended, Aubry had the chance to drive a GP3 car on the post-season testing sessions held in Yas Marina, where his performance and adaptability were impressive. Now, he will have the chance to prove his talent with a full season in the series. He is, so far, the fourth rookie driver that has been confirmed to be on the GP3 grid after Callum Ilott, Nikita Mazepin and Simo Laaksonen.

Richard Dent – Arden GP3 Team Manager: “Gabi has been on our radar for some time now. He particularly had a strong season last year in Renault 2.0 and tested very well in the end of season GP3 Abu Dhabi test. He has undeniably got the ability, drive & focus to fight for the GP3 title in 2018.”

Gabriel Aubry: “I am proud to integrate Arden Motorsport in the GP3 series. Arden is one of the most successful single seater teams of the last 20 years and are very motivated for 2018. This year is a clear step for me following two seasons of Formula Renault. I am joining an experienced team and I am convinced I will continue to learn a lot with them. I want to thank my long-term sponsors Van Merksteijn, Intersig, MEP as well as my new management team The Grid Agency”.

The 2018 GP3 Series season, the last one before the championship fuses with the European F3, will start the 12th of May in Barcelona, where it will be a supporting event for the Spanish F1 Grand Prix.