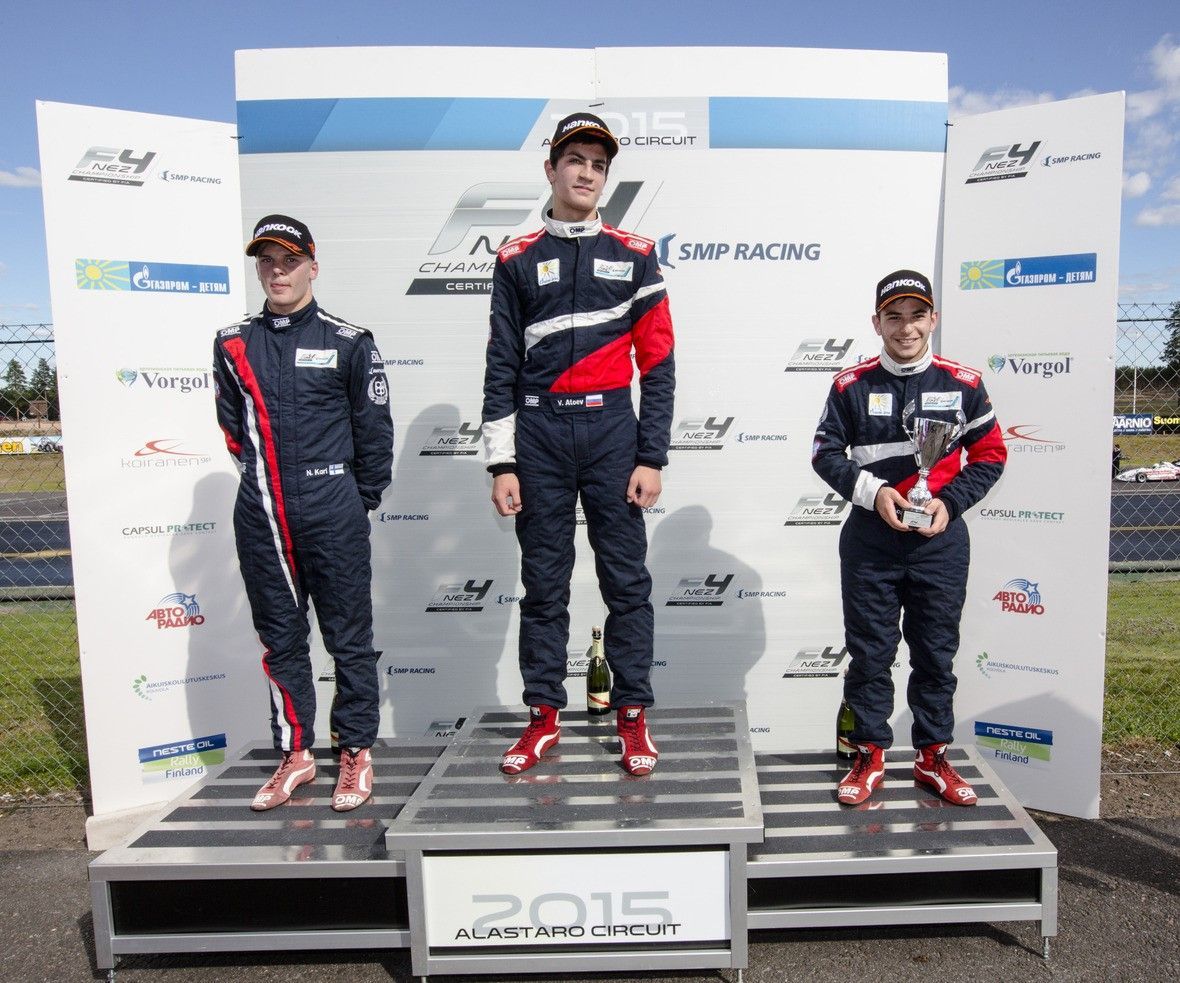 Vladimir Atoev continues unbeatable this weekend with the victory of race 2 in Alastaro starting from the pole position. Niko Kari and Aleksey Korneev finished on second and third place in a race that only 8 drivers managed to finish the race.

With the order of yesterday’s Race 1 results, the SMP F4 championship have again Vladimir Atoev in front of Kari and Isaakyan.

At the start, Atoev kept well the attacks of Kari who contact with Isaakyan and then, the Russian crashed into Ahmed at turn 1. This helps Korneev to reach third place as the safety car came out. But some drivers couldn’t reduce the speed and crashed out. This is what happened with Matveev and Troitskiy, as Evstigneev damaged his front wing.

Meanwhile, Ahmed managed to back at the back of the field but with a car that had a several damage, the British driver had to retire.

After fifteen minutes of Safety car period, the race returns to the green flag situation where Atoev and Kari escaped from the rest of the field. Behind them, after start from fourth-teen place, Huovinen arrived to sixth place to finish on this position until the end of the race.

After 19 laps of race, Atoev wins for second time this season and this weekend, as Kari finished second and Korneev third.

Nylund was fourth, Laaksonen fifh, Huovinen sixth, Maslennikov seventh and Mavlanov on eight place was the last driver who completed all the laps.

In the championship standings after 10 races have Niko Kari as a solid championship point’s leader with 201 points, then is Vladimir Atoev thanks to his double victories this weekend with 38 points behind the Suomi driver. Aleksanteri Huovinen turn down to third place, 54 points behind Kari. Aleksey Korneev thanks to his podium finish keep a fourth place, closing the gap with Huovinen.

You can see the Race 2 here if you want: