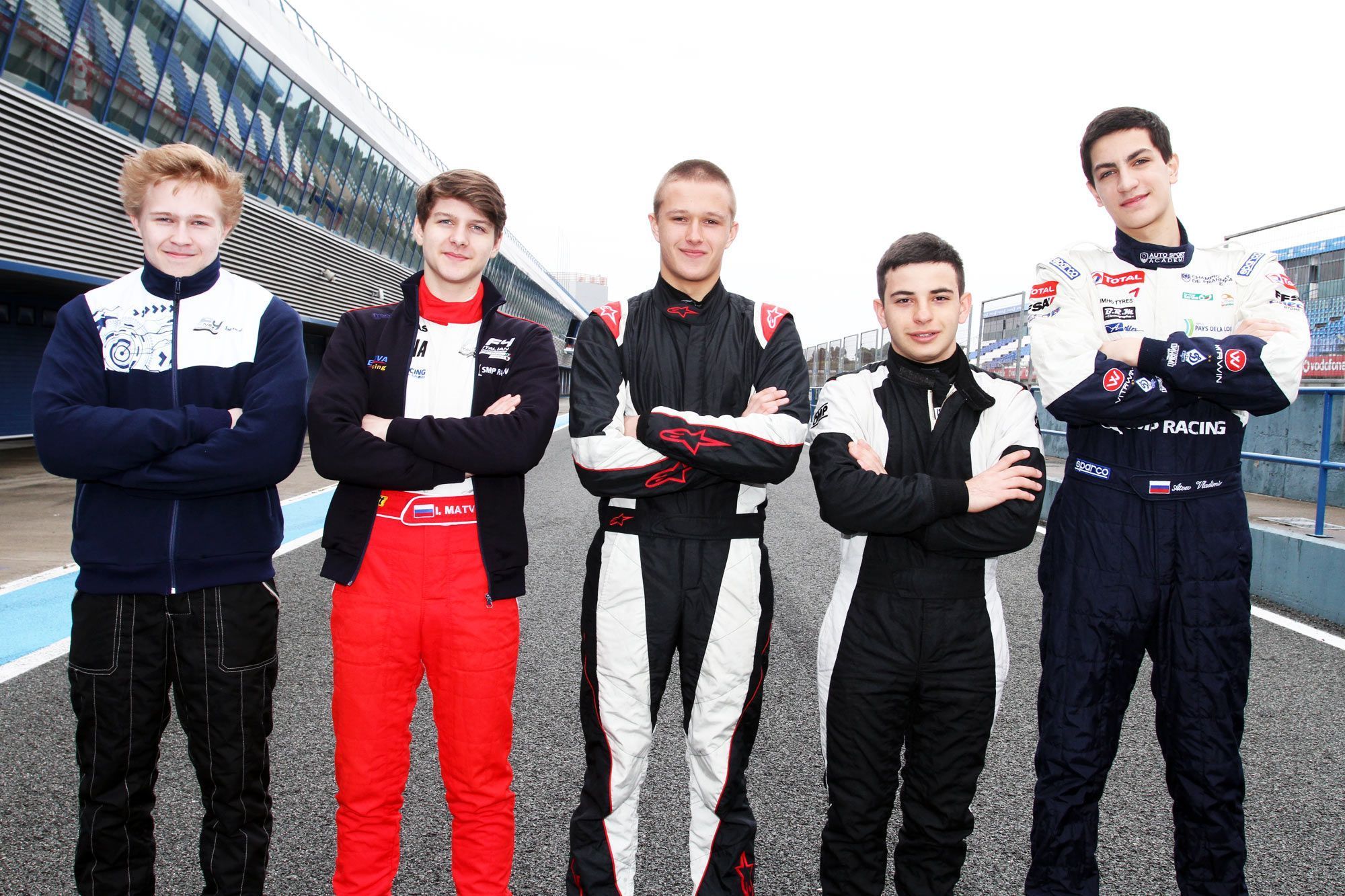 Finn Niko Kari is now officially joined by five new drivers for the maiden season of the SMP F4 championship which will kick off on Ahvenisto circuit on May 16th 2015.

Russians Vladimir Atoev, Nerses Isaakyan, Nikita Troitskiy, Ivan Matveev and Finn Aleksanteri Huovinen will enter the seven rounds of the 2015 season and fight for the 350.000€ money prize waiting for the winner !

Marko Koiranen, organizer commented : « The drivers have been testing with us since Alcarras and we are delighted to welcome them in our brand new championship. It is good to see the drivers line-up growing and we hope to be able to officialize other new names really soon ».

Petr Aleshin, head of the SMP Racing Young Program: «We are glad to see the most promising young Russian drivers in SMP F4 Championship. We believe, experience in this series will be very important for them in the future. And that will lead drivers to the top motorsport categories»

All five drivers are currently testing in Jerez, south of Spain, going on with their winter testing program which prepare them to compete in two months on the first Finnish venue.