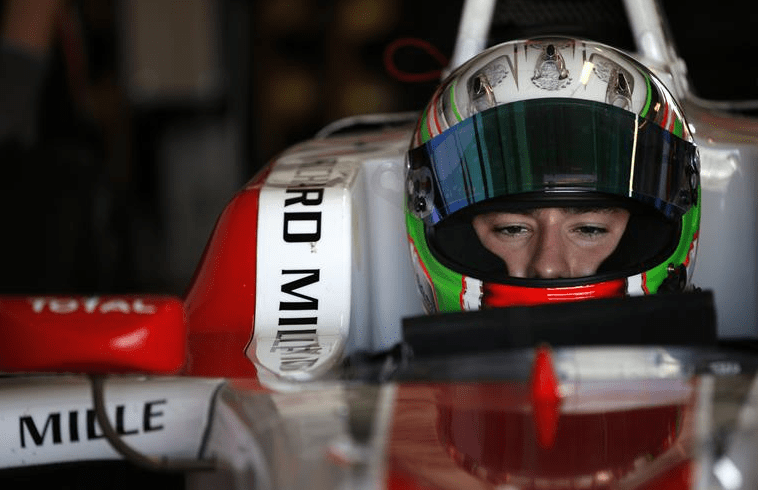 ART Grand Prix are delighted to begin 2015 by announcing the arrival of Alfonso Celis Junior to their GP3 team for the upcoming season. The 18 year old Mexican racer has gathered some very valuable experience in the category already after contesting his debut season in 2014 as well as taking advantage of some post-season testing for the team in Abu Dhabi late last year. It was on this occasion that ART Grand Prix was seduced by his professional and personal behavior as well as his overall results.

ART Grand Prix is keen to start working with Alfonso, not only to defend their colors in 2015 but by participating in the overall goal of the company which is to regain their position as head of the hierarchy (held from 2010 to 2013) in what can only be described as a very tough category.

Alfonso Celis Junior commented:“I”m very excited to finally announce that I will be racing with ART Grand Prix in the 2015 GP3 Series season! This is something we have been working on for a long time and it all came together after I tested their car at Abu Dhabi after the last race of the season. There’s no need to say much about the quality of the ART team, because all you have to do is look at the F1 grid and you’ll see that most of the drivers have raced here in the past, including my friend and fellow Mexican, Esteban Gutiérrez. After meeting the team and driving their car, I am confident that I will be at the forefront fighting for wins with them this year.

“This will be my second season in GP3, and it will make a huge difference for me as I will be familiar with the tracks, the tyres and the cars from the beginning of the season. I will spend a lot of time over the off-season preparing myself both mentally and physically to be ready for this challenge. I want to thank my sponsors, my fans, my family, and everyone at Speed Group, as this would not have been possible without them.”

Sébastien Philippe: ART Grand Prix Team Manager said:“Alfonso has a typical profile of a driver who can grow enormously in 2015. After his first GP3 season in 2014, he knows the series, the circuits and the car. Moreover, despite his young age he made his mark far from home and has blossomed in the European environment. Finally, the tests he conducted late last year in Abu Dhabi with ART Grand Prix were very encouraging with a top 6 finish on the last day with upward timing and technical progress.”