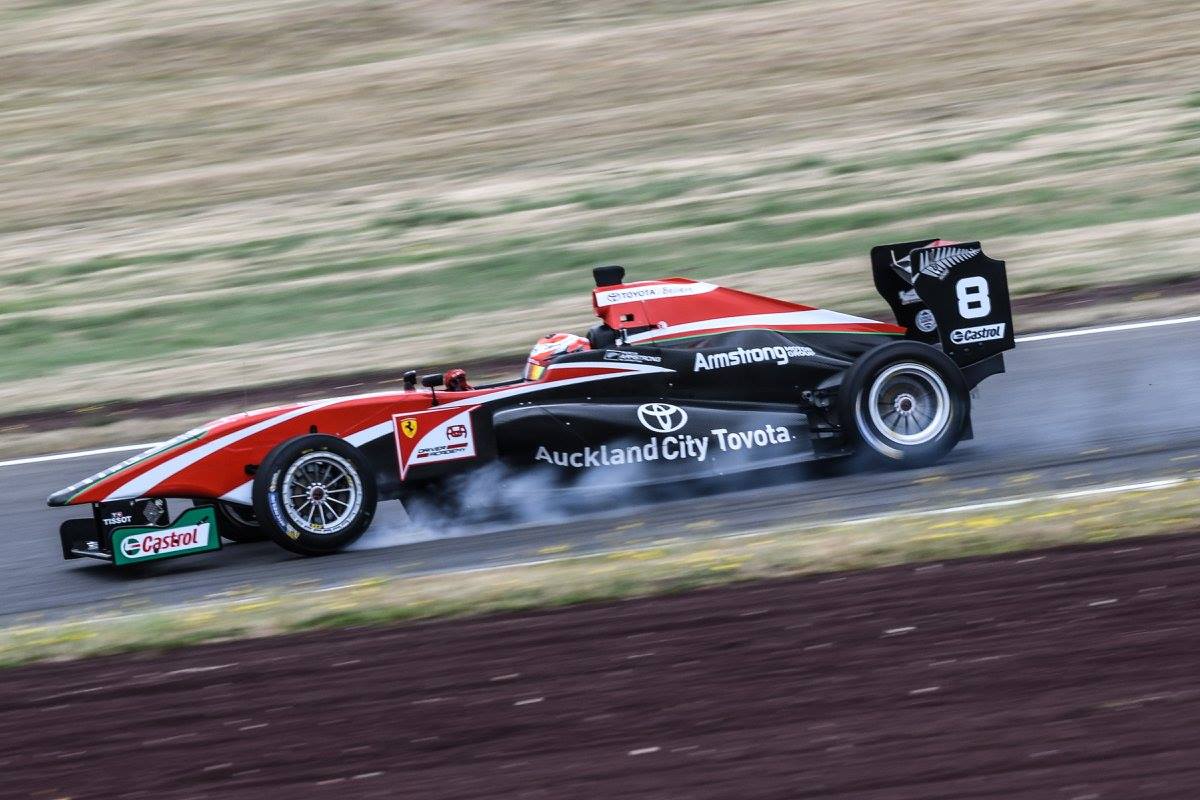 The young Ferrari driver, Marcus Armstrong has taken his third victory in the Toyota Racing Series in the last race of the weekend at the circuit of Taupo, in the called “Denny Hulme Memorial Trophy.”

Armstrong took the lead at the start, followed by teammate Jehan Daurvala before the interruption of the race due to a red flag because of an accident from Kory Enders.

At the restart, Armstrong  maintained and managed successfully the gap with Daruvala until the end of the race.

Ferdinand Habsburg completed the podium, followed by Pedro Piquet and Thomas Randle. Taylor Cockerton was sixth, followed by Richard Verschoor who has had a disastrous weekend despite finished all three races in the top10.

Witho only one round to complete the championship, Randle leads with 27 points ahead of Verschoor and 31 ahead of Piquet.