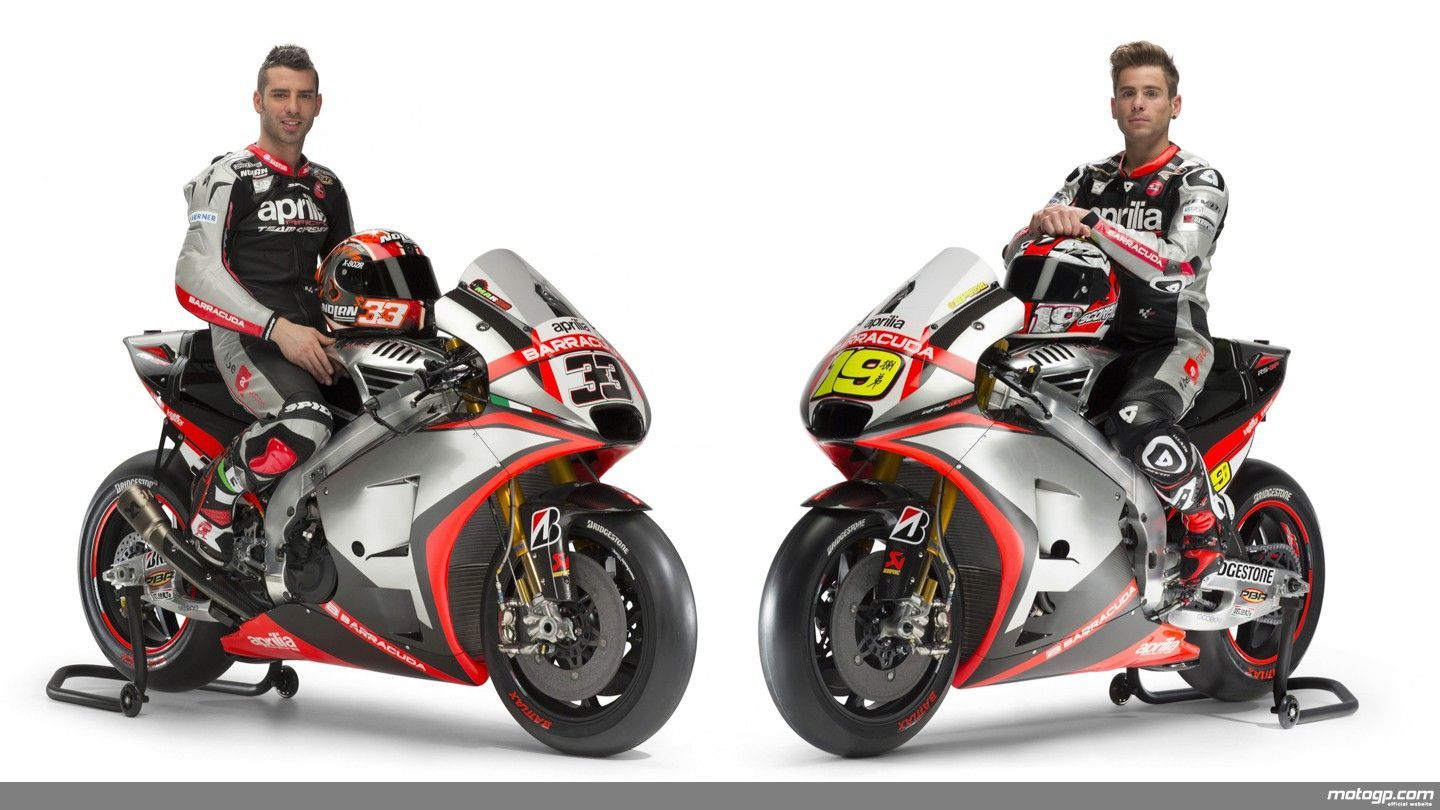 Aprilia presents the bike that will contest the world championship of MotoGP this course. A model that will drive by Alvaro Bautista and Marco Melandri and will be led by Fausto Gresini.

Aprilia presents its new bike for the 2015 season, one year ahead of the official release of the Italian brand. The reason for this advance is that Aprilia will develop the RS-GP this season to have a “fully factory” bike next year.

Aprilia has relied on a veteran in the world of motorcycles, as Fausto Gresini to spearhead the project. And the riders who have been chosen to develop the machine are Marco Melandri and Alvaro Bautista.

Romano Albesiano: (Aprilia Racing Manager): “We’ve been on the circuit for the first tests of the season but the real adventure begins today. Reappear in 2015 is a gamble but it may be the best results for us, we could have taken a lot of pressure coming back in 2016 but we believe with the experience of the ART project superbikes and we can make a competitive bike for next season.”

Álvaro Bautista (Rider):“I like this new challenge. It gives me new stimulation and great motivation. We are well aware that we have a lot of work to do and we are also aware that this will be a season marked by development, so we aren’t setting any goals for ourselves except to improve race by race, working hard.”

Marco Melandri (Rider): “Following Aprilia in its ambitious return to MotoGP is a brave choice, especially after the decision to move the plans up. I am very motivated. I am confident and I know what this racing department is capable of, although that doesn’t change the difficulties that we will inevitably have to face. There are also some advantages, like being able to “tailor” myself to a bike, something that I have never been able to do until now in my career, helping the guys in the development process and giving them my indications.”