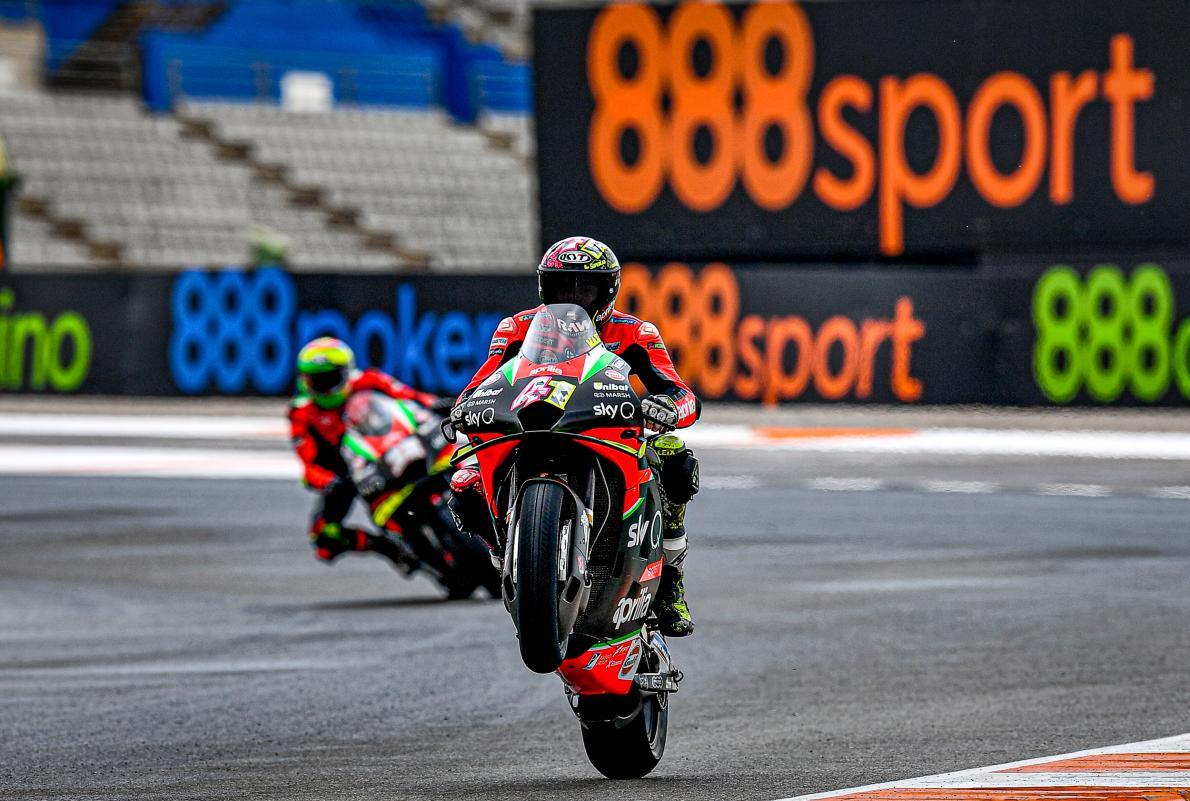 Aprilia Gresini Racing has named three riders for the 2021 MotoGP season as Massimo Rivola has explained the decision behind it.

The 2021 MotoGP line-up is complete with the announcement from Aprilia, where Aleix Espargaro is the sole one confirmed to ride the RS-GP, while one of Bradley Smith and Lorenzo Savadori will be the second rider alongside the Spaniard.

Smith started the 2020 MotoGP season alongside Espargaro but Aprilia decided to use Savadori for the last three rounds, where the Italian did relatively well. Whoever misses out on the seat will then take over the test rider role for the 2021 season.

In the lead-up to the announcement, the Aprilia seat had several riders linked to it. The experienced pack constituted of Andrea Dovizioso, Cal Crutchlow, Jorge Lorenzo and Chaz Davies – the latter would have switched from World Superbike to MotoGP.

As for the rookies, Marco Bezzecchi and Joe Roberts were firm two but the third one remained unclear but reports stated it to be Fabio Di Giannantonio. The trio, however, turned down the offer, citing experience lack, as per Rivola.

“It’s no secret that we offered three young riders an opportunity because we felt that our project could be very interesting for talented young riders, but they did not yet feel ready for the leap and, at the same time, the teams that have already signed them for the 2021 season preferred to keep them,” said Rivola. “We respectfully acknowledge their decision.

“We prefer to continue with our Aprilia riders, rather than choosing solutions that are still open but about which we are not entirely convinced. Even in the difficult conditions of this season, particularly penalising for a fledgeling project, the bike improved greatly and significantly reduced the gaps both in the races and in practice on basically all the circuits.

“Aleix finished on a high note and, even in the race yesterday, was lapping with the same times as the leaders. Lorenzo has also shown significant progress in just three races and we know that we can count on Bradley’s professionalism and experience. Aleix will obviously be our top rider. The roles of second rider and test rider will be decided at the end of the winter test schedule,” summed up Rivola.