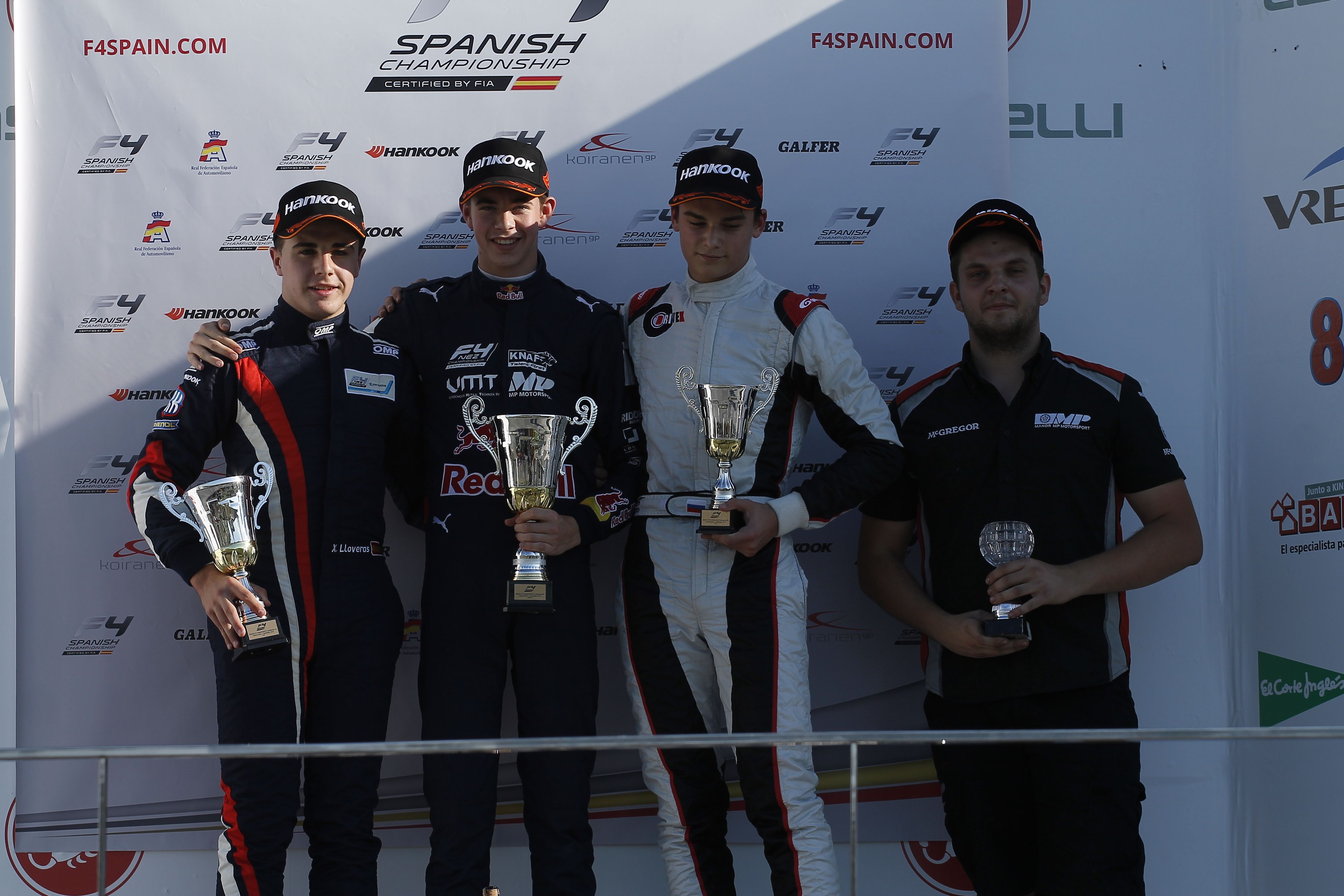 Richard Verschoor has impressed once again in Spanish F4 after having another perfect weekend, which he ended with his 9th win in a row. Xavier Lloveras was the best of the rest once again, making it hard for the leader and making it another one-two for MP. Nikita Volegov completed the podium.

Spanish Formula 4 leaves Valencia with a clear leader after Richard Verschoor won both races this weekend. The Dutch driver didn’t leave any room for surprises and dominated from the beginning until the end. Although Xavier Lloveras has been very close to him all weekend, he hasn’t been able to get his first win of the year.

Nikita Volegov overtook Tujula at the start and his good pace allowed him to keep it without any pressure. Tujula didn’t have the most ideal weekend and after being overtaken by Vartanyan, he had to pit for a new front wing, which left him last on P8.

Vartanyan stayed on 4th ahead of Kroes, who overtook both Drivex earlier. Marta García was 6th, fighting for P4 most of the time until her tyres wore off and she couldn’t keep Kroes behind. The other rookie, Antolin Gonzales, was P7.

Spanish F4 will be back next week at the Barcelona-Catalunya Circuit for two more races which could confirm Verschoor‘s domination.