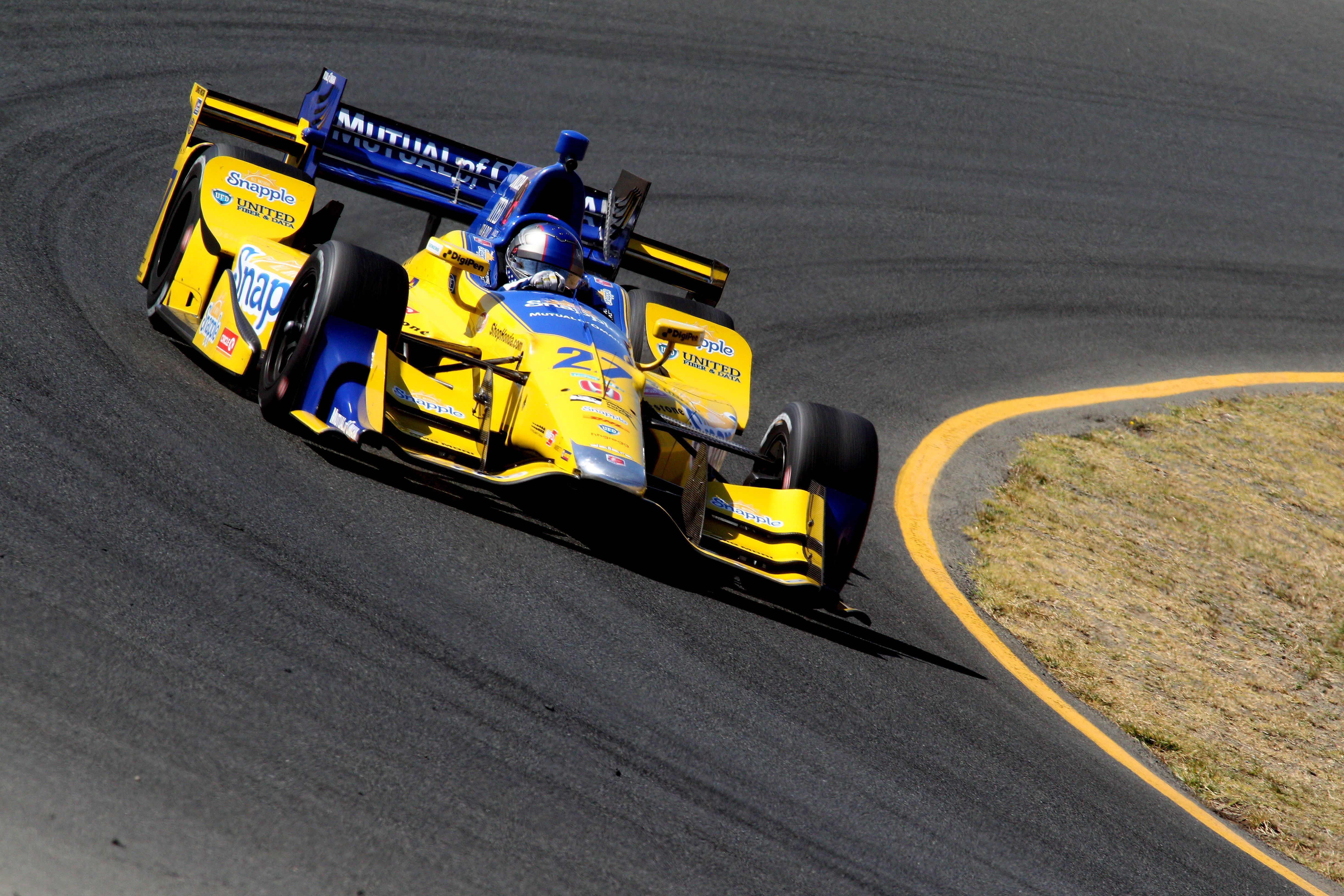 Marco Andretti set the quickest lap in Saturday’s only practice before the qualifying for the GoPro Grand Prix of Sonoma. Like on Friday, it was the Honda-powered Andretti Autosport and Chevrolet-powered Team Penske cars on top of the leaderboard.

Marco Andretti set the quickest lap of one minute, 16.3052 seconds in the No. 27 Andretti Autosport Honda, beating Friday’s quickest lap of Hélio Castroneves by 0.36 seconds. In second place was the top Chevrolet driver, Juan Pablo Montoya in the No. 2 Team Penske machine, just 0.0704 seconds behind Andretti.

The following positions until the seventh place were filled by Andretti and Penske drivers. Ryan-Hunter Reay in the No. 28 Andretti Honda was third, ahead of the title contender Will Power in fourth place in the No. 12 Penske Chevy.

Carloz Muñoz was fifth in the No. 26 Andretti Honda. Two positions behind his teammate and title challenger Power, the Verizon IndyCar Series leader Simon Pagenaud was sixth in the No. 22 Penske Chevy, still only 0.1515 seconds from Andretti’s fastest lap.

Alexander Rossi in the No. 98 Honda completed Andretti Autosport’s great performance in seventh place while Jack Hawksworth was eighth in the No. 41 A.J. Foyt Enterprises Honda.

Last year’s winner at Sonoma Raceway, Scott Dixon in the No. 9 Chip Ganassi Racing Chevy was ninth in the third practice after the 18th and 16th places of Friday. Dixon’s Ganassi teammate Charlie Kimball was 11th in the No. 83 Chevy, ahead of Hélio Castroneves who couldn’t improve his time from Friday’s fastest lap in the No. 3 Penske Chevy.

The practice was red-flagged twice. With 22 minutes remaining, Josef Newgarden went off track at Turn 2 and his No. 21 Ed Carpenter Racing Chevy hit the tire barrier, bringing out the red flag. Newgarden finished the session in 16th place. The red flag came out again with three minutes to go as James Hinchcliffe lost the grip at the final hairpin and crashed his No. 5 Schmidt Peterson Motorsports Honda into the concrete wall at the exit. Hinchcliffe finished the session in 15th place.

Full results of the third practice session can be found here.

The third practice promises a competitive qualifying as the entire field was within 0.77 seconds. In addition to that, Honda and Chevrolet appear to be pretty even in performance as both manufacturers had five cars in the top 10.

The qualifying for the GoPro Grand Prix of Sonoma will begin at 3:05 pm Pacific time (12:05 am CET).