Hyundai Motorsport has announced a change at the helm of its FIA World Rally Championship programme with immediate effect.

Long-time Team Principal Michel Nandan has left his post of leading the Hyundai’s WRC programme ahead of the start of the 2019 WRC season, with the Korean manufacturer drafting in Andrea Adamo as his replacement with immediate effect.

Nanadan was appointed as Hyundai WRC’s team principal in January 2013 after having worked with manufacturers’ like Toyota, Peugeot and Suzuki. Under him the team has won 10 rallies in all with a best of second place in 2016, 2017 and 2018 respectively.

His replacement Adamo has already taken over the project in a newly created role of ‘Team Director’. The Italian will have an extended work in WRC alongside his existing duties of heading the i20 R5 and i30 N TCR programmes.

The statement from the team reads: “We have announced a change to our senior management for the forthcoming WRC season with Team Principal Michel Nandan departing the company after six years.

“Hyundai Motorsport extends its sincerest thanks to Michel for his significant contribution to the team’s growth and development over the past six years, and we wish him all the best for the future.

“Andrea Adamo will take on the new role of Team Director, heading up our WRC activities with immediate effect, in addition to his existing duties with the i20 R5 and i30 N TCR programmes.”

The senior level change comes when the 2019 season is to start in few weeks time with Rallye Monte Carlo (January 24-27). The team has already received a boost with the signing of Sebastien Loeb alongside Thierry Neuville, Dani Sordo and Andreas Mikkelsen. 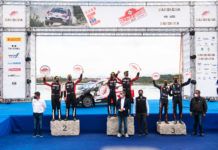 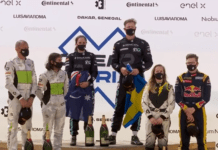 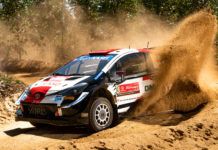