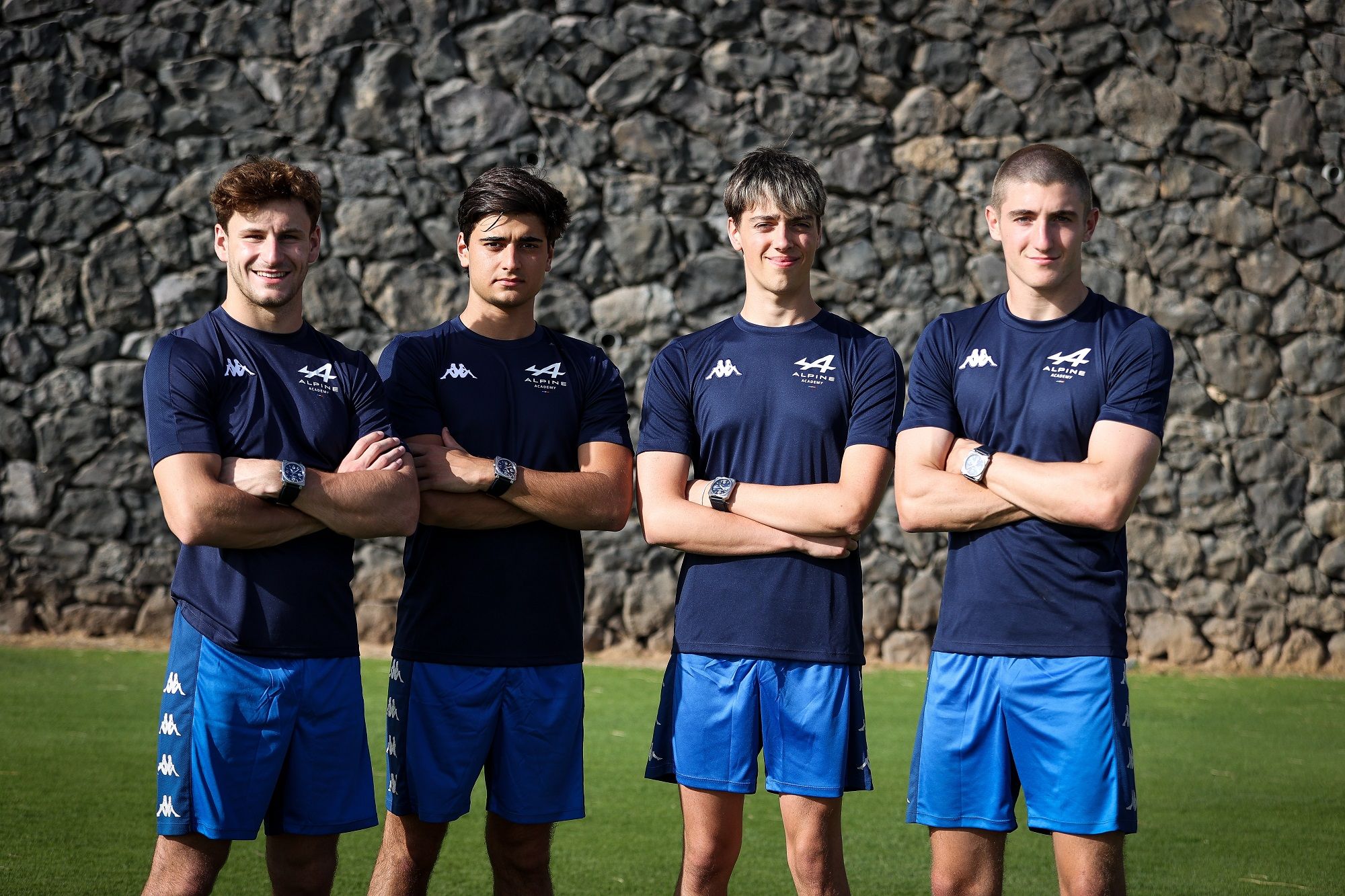 Alpine has revealed the names of four drivers in its F1 academy for the 2022 season, as Daniil Kvyat joins WEC grid with G-Drive Racing.

After the promotion of Oscar Piastri to reserve role and Guanyu Zhou leaving the academy to join Alfa Romeo, Alpine has named four drivers in their F1 academy for the 2022 season with two new names alongside two continuing from last season.

The drivers continuing are France’s Victor Martins and Brazil’s Caio Collet, while the two new names are Australia’s Jack Doohan and Britain’s Olli Caldwell. Alpine also informed that Christian Lundgaard is no longer part of the academy with his IndyCar move.

Looking at their racing programmes, both Doohan and Caldwell will be racing in F2 with the former part of Virtuosi Racing and the latter has joined Campos Racing. The Australian switches from Red Bull to Alpine, where he was a supported athlete until last year.

Martins and Collet, meanwhile, will continue to race in F3 with the former moving over to ART in 2022 while the latter stays with MP Motorsport whereby both will have their second season in the championship, eyeing the championship.

“The Alpine Academy remains an extremely valuable part of what we want to achieve in Formula 1,” said Laurent Rossi. “We are passionate about finding the next generation of racers to nourish our F1 driver line-up. It’s exciting to see the growing strength of the programme since it was started in 2016, with last year being its most successful season to date.

“Of our 2021 graduates, Oscar joins our Formula 1 programme as the team’s official Reserve Driver, and he has an important role alongside Esteban and Fernando this year. We also only need to look down the Formula 1 paddock and across to IndyCar to see two more of our Academy graduates from last year, which is a testament to the structure of the programme to prepare drivers for senior series.

“As with every year we have high expectations for our Academy and it’s no different heading into this season. We welcome two new drivers, Jack and Olli, combined with the returning Formula 3 duo of Caio and Victor. Each brings their own personality and talent and we are excited to see how our drivers develop this season, individually and as a group.”

Meanwhile, Davide Brivio, BWT Alpine F1 Team Racing Director stated: “The Alpine Academy enters a new cycle this season after a very successful 2021 for the programme. This year our Academy driver line-up has a nice blend of talent with a lot of potential. Jack and Olli both enter their first seasons in Formula 2 but crucially have experience from the series last year.

“We have faith they will adapt well and learn valuable lessons in their first year in the Academy. Caio and Victor continue with the programme for another year and we have high expectations for them both. They now become the most experienced drivers in the Academy, so we’re excited to see them demonstrate all of their learnings so far.”

And finally, Mia Sharizman, Alpine Academy Director added: “We are only measured by our success on track and our goal as an Academy is always to win the Championships our drivers are competing in. Jack is fresh from finishing as runner-up in Formula 3 showing his raw speed in the Championship and again in his debut in Formula 2 last year. While Olli comes into the Academy after a solid year in F3 where he managed four podium finishes and a race win.

“We accept it might take a few races for the two of them to adjust to their new surroundings, but we’re confident they will hit the ground running towards the second half of the season. For Victor and Caio, they know it’s time to deliver and fight for the F3 title this season after a strong first year in the series. They’ve been part of the Academy for four years and have shown strong development in every season. Victor won his first race last year and Caio scored some strong results. We are excited for both seasons to start next month.”

In another news, former F1 driver Kvyat has joined G-Drive Racing to compete in the 2022 WEC series in the LMP2 category alongside James Allen and Rene Binder in the #26 Oreca 07 Gibson. It is unclear if the Russian will retain his links with Alpine for another year.

“I am happy to join G-Drive Racing, without a doubt the most successful sportscar teams in the world,” said Kvyat. “Endurance racing has always fascinated me and to compete in the legendary 24 hours of Le Mans, one of the most famous and prestigious races on the planet, is every driver’s dream but first I am looking forward to the first race in Sebring.

“This form of racing is a new challenge for me and the competition in this year’s FIA World Endurance Championship will be very tough, but together with my teammates and the G-Drive Racing team, we are ready to fight,” summed up Kvyat.