Home F1 Alonso upbeat despite not getting the results, got emotional with comeback 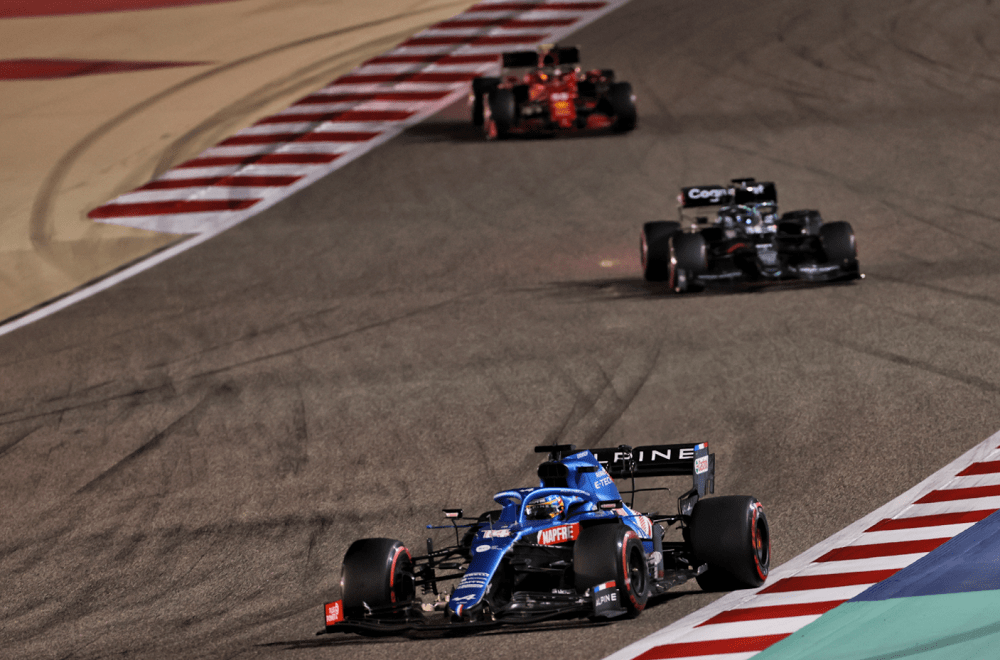 Fernando Alonso seemed in a good mood post the F1 Bahrain GP, even though he wasn’t 100% on his comeback and having scored no points.

Already it was a great effort from Alonso to make it into the Top 10 of F1 Bahrain GP in qualifying after not so strong start for Alpine. The Spaniard then hung on in the points, keeping off the likes of Ferrari, AlphaTauri and Aston Martin behind him for long.

However, the pace of Ferrari, one of the Aston Martin & AlphaTauri, was too much for Alonso. He dropped out of the points amid pit stops and in the fight to get back, Alonso was forced to retire after a sandwich wrapper got into his brake ducts and made it too hot.

It wasn’t the best of returns, but Alonso seemed upbeat still, having gone through the same feeling of a F1 weekend after two years out. He wasn’t 100% as he is still adjusting with the surgery on his upper jaw, but the fighting spirit was certainly to be seen.

“I was not at 100%,” said Alonso to written media after the race. “It was nice, I had a couple of good battles and some of those had happy endings, some of the were not as we were being overtaken. But I need to find more pace from myself and find more confidence and I need to extract more from the car, the brakes and execute the start better.

“It was not too bad but there is a lot of room to improve from my side. At the pitstops I think the guys did an amazing job but my position in the second stop was not right. These are small things and mistakes I keep doing from testing and this first race, but hopefully by race two and three I can perform better personally,” summed up Alonso, before adding getting emotional with the whole weekend.

“It was a shame in the end, because I really enjoyed the whole thing,” said Alonso. “It was nice to get back racing and to feel the adrenaline again on the starting grid. All this felt very emotional for me. It was fun in the beginning, with some good battles in the first stint, and then unfortunately we had to retire the car with a brake issue.

“It was definitely interesting to drive with some cars around [us] and in the same conditions, because until now, [although] we met a few people on track [in testing], it was always in different moments of the program. We gathered some information that I will keep for myself and for the team, but it was interesting to see compared to the others,” summed up Alonso.