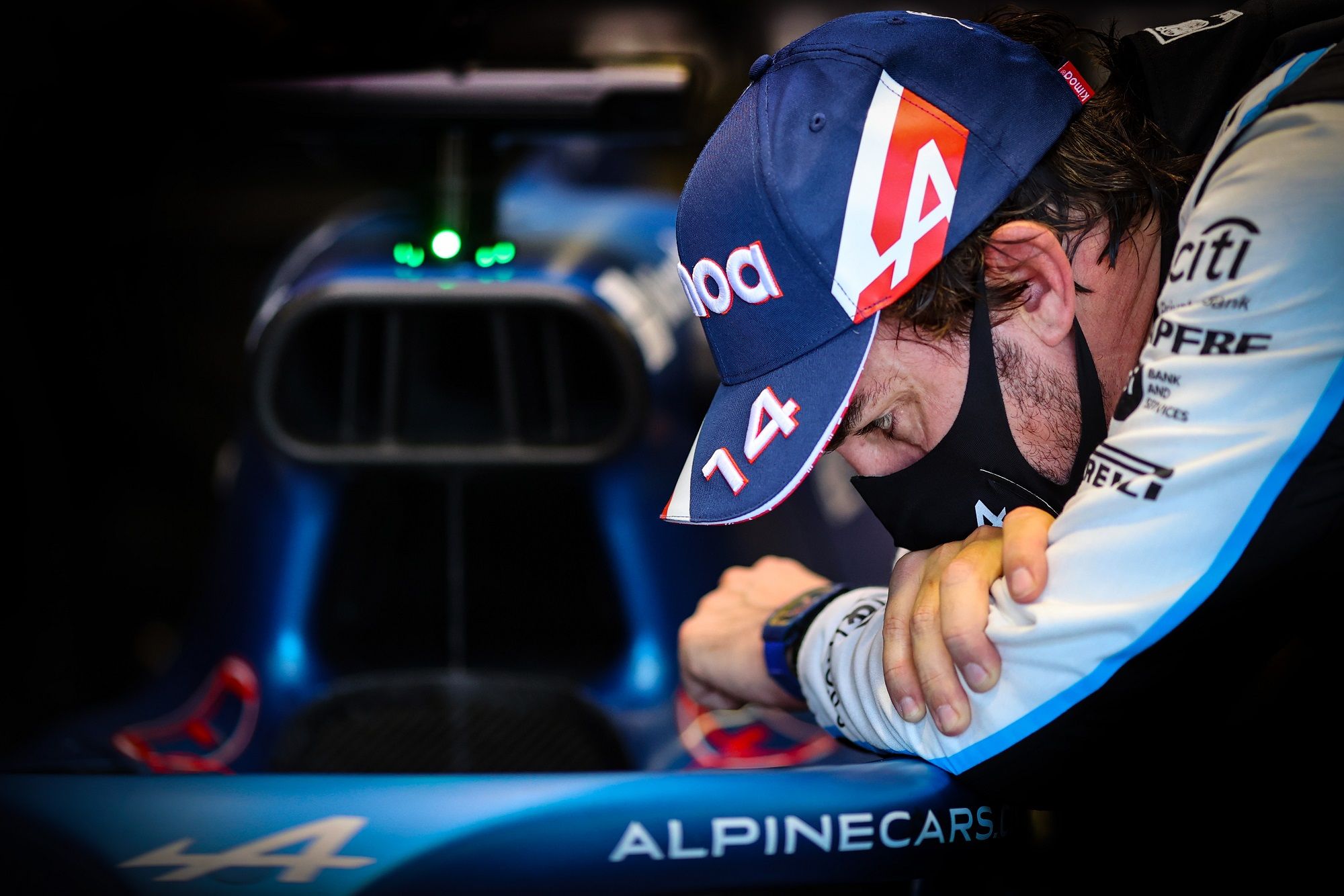 Fernando Alonso discusses about challenges in F1 2021, which can be useful in 2022, as he feels there is something about drivers in first year at Alpine/Renault.

The two-time F1 World Champion, one-time WEC Champion, and two-time 24 Hours of Le Mans winner, Alonso, made his return to the pinnacle of motor racing after a two-season hiatus, in which he raced in the aforementioned, WEC, IMSA, Indy500 and Dakar.

The Spaniard, among the best drivers in the world, though, is finding some difficulties in this year. He is not the only one, with Daniel Ricciardo struggling to shine in his first season in McLaren against Lando Norris, Sergio Perez unable to keep Max Verstappen’s pace at Red Bull, and Sebastian Vettel trying to find his best form at his first season with Aston Martin.

Despite the pre-season exhaustive test runs in the old cars, Alonso is taking some time to get back into the scheme of things, something which has surprised the Spaniard. He didn’t think it will take him these many races – something he is seeing common at Alpine/Renault, where the likes of Ricciardo, Esteban Ocon and Nico Huleknberg, took some time to adjust.

He points towards this being a philosophy at Alpine, which the team can look into. “I found it [the return] a little bit more difficult than I probably anticipated,” said Alonso in an interview to RACER. “It’s not that I took it for granted that the results were coming automatically. I knew that the preparation was needed and the hours in the simulator and the 2018 tests in Bahrain and Abu Dhabi were needed, so I anticipated this, but I’m still struggling to maximise the potential of the car.

“I think it has something to do with the Renault/Alpine philosophy as well. Most of the drivers that came here, in their first year they were struggling. So there is something that, we think we have some idea what the cause of it is, but it needs maybe more time than when I signed last year to come back. I thought that within three or four races I would be at 100%, and I think it’s going to take eight or nine,” summed up Alonso.

However, he is not yet worried about the head-to-head against his teammate Ocon, who is having the best season of his career, and is likely to be confirmed at Alpine for the 2022 season. Returning in 2021, one year before the 2022 rule change, was, in his opinion, the best option to have his body, and mind, at tip top condition for next season for Alonso.

“My biggest motivation was the new regulations, but they were postponed, and to come back immediately into 2022 was a bigger challenge, I thought, to adapt quickly to everything,” said Alonso. “So, 2021 is a season where we want to achieve big things, but at the same time, we have to prepare the team for the big thing that can happen in the future.

“If we are in a position to fight for the championship, hopefully in 2022, or 2023 or 2024 or whenever, we need to be ready as a team to take that pressure, to take that heat in some of the crucial moments of the race, and have a methodology that is a valid proof in some of the stressful moments. We are trying to do this in parallel to the 2021 campaign,” summed up Alonso.

A season of preparation for the big 2022 reset, where the teams will introduce new chassis and aerodynamic concepts to employ ground effect cars. A good chance to hit the ground running, give development indications to his team, and find an edge over his former rivals and the new generation of competitors. And so far, it seems that Fernando is enjoying his second F1 career.

“Not only the track time, the off-track I’m also enjoying a little bit more than the past. So I’m surprised about that, because you cannot plan what you will feel when you come back,” summed up Alonso, who has five points in the five races so far in 2021 F1 season.