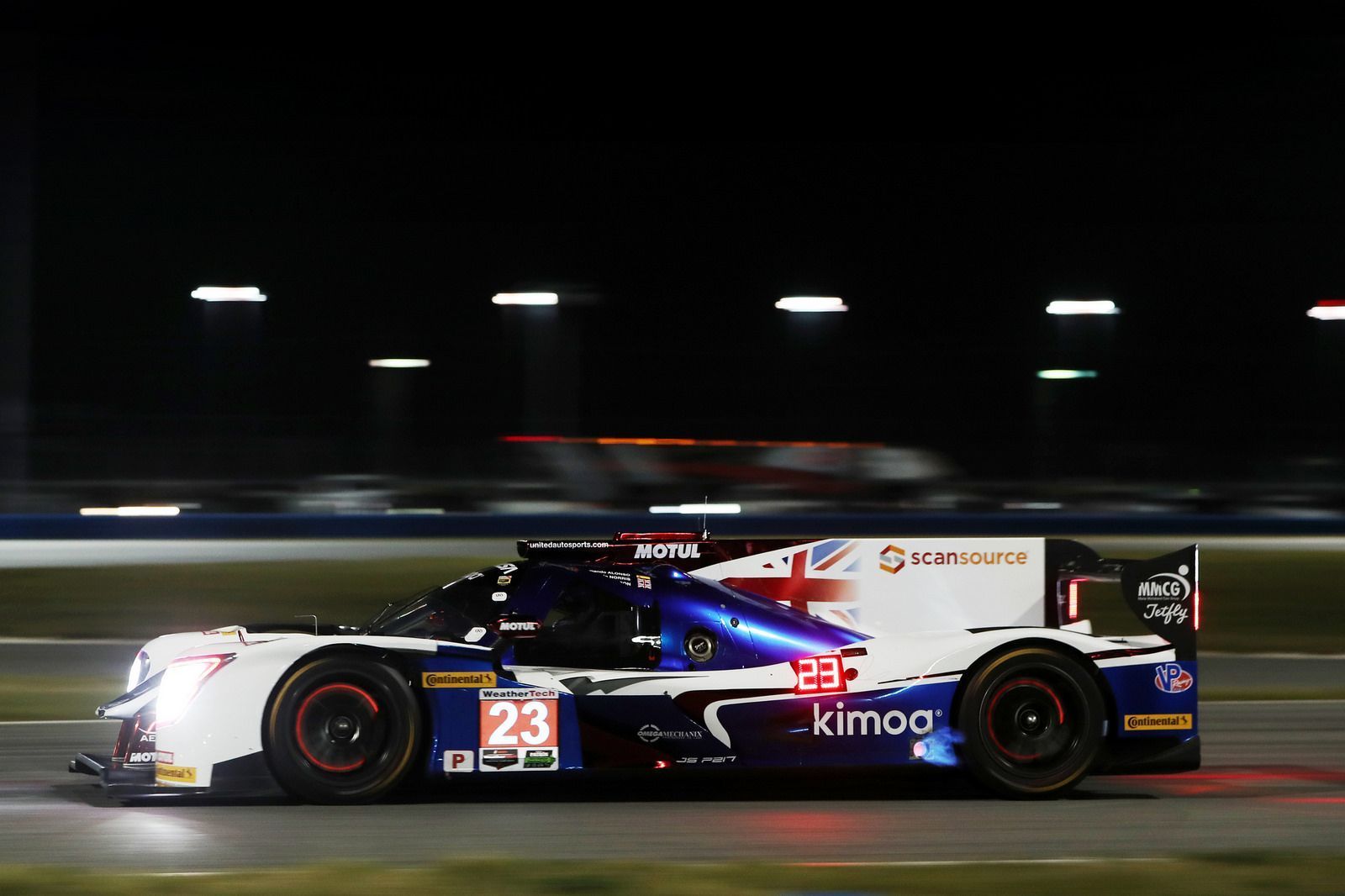 With 13 hours and 40 minutes to gon on the Rolex 24, Fernando Alonso has got off track due to problems on the brakes. This has costed the team a 40-minute pit stop and all of their posibilities to get a good result.

After the tire puncture he had suffered a few hours ago, Fernando Alonso had made his way back to fifth place, only two laps behind the leader. However, at 1:02 AM local, after 10 hours and 20 minutes of racing, the Spaniard has gone off track.

After this incident, the two-time F1 world champion went into the pits to leave the car to Lando Norris. The team quickly confirmed it was an unscheduled pit stop caused by some brake issues which were the cause of the Asturian driver’s incident.

After five minutes in the pits, with Norris already in the car but unable to go back to the track, the mechanics brought the car into the garage and confirmed that it would take them at least 20 minutes to fix the damage.

At 1:39 AM local, after almost 40 minutes stopped, the current European FIA F3 champion could finally return to race. The car nº. 23 was, however, 24 laps down.

Almost one hour after this important setback, Norris is still in the car, on 15th place on Prototype classe and 22nd overall position, 26 laps down the leader. Any possibility of getting a good result, with half race still to go, is already discarded.