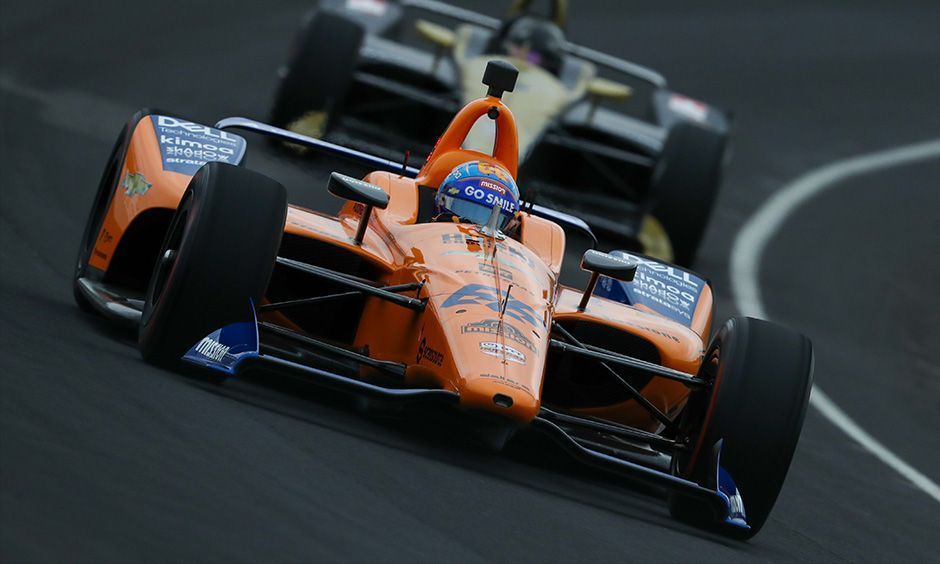 Unlike the last time when McLaren partnered with Andretti Autosport which prepared and ran the car, for the 2019 Indy500 race, the Woking based outfit built the car at MTC under Robert Fernley’s supervision and will run in the race with the help of Carlin.

The team ran with a sister Chevrolet-powered car for its private test at Texas Motor Speedway few weeks back, as the official car was being transported to Indianapolis for the open test held on Wednesday, April 24.

It ended up being a frustrating day with the weather not permitting much running. Additionally, McLaren faced electrical issues early in the day, which Alonso said was expected as it is a brand new car, assembled only weeks ago.

“It’s good to be back, to feel again the magic of the place,” said Alonso. “The facilities when you come in the morning, you see the size of everything again, doing the medical checks in the morning, preparing for the running in the afternoon. It felt good.

“Unfortunately, the weather was not stable enough to follow the times that we had in terms of practice. Yeah, at the end, it was not enough laps and not enough time on the car to get the proper feeling.

“For us, obviously, we lost a little bit of time at the beginning. This was more or less expected because, as I said, it was a brand new chassis, brand new car. Everything fit in the last week. We expect to run slowly, step by step, short runs at the beginning.

“It’s what we did. So, yeah, if we could probably have the [initial] laps at midday, maybe you discover these issues, then you have hours to work on the car, be ready for the afternoon. The weather delays everything.

“You do the lap at 5:30 p.m., and there is no room to get back on track on time. I’m happy to be back here because this place is great. At the end, it’s going to be amazing, you know, the two weeks here.”

Alonso ran with the Rookie group in the open test even though he is not a Indy500 rookie anymore. The Spaniard finished ninth and last in the Rookie standings with a best of 218.690 mph which accounts for 41.1542s lap time – with only 29 laps in all.

At the same time, the standings was led by Harding Steinbrenner Racing Honda’s Colton Herta with a best of 226.108s mph which is 39.8040s in lap time. The American completed 61 laps, which shows how much Alonso missed on track time.

The Veterans standings was headed by Rahal Letterman Lanigan Racing Honda’s Takuma Sato, with a best of 226.993 mph which accounts for 39.6488s lap time. With the heavy load of work that McLaren has to do, Alonso says it is a big challenge indeed.

“I think we have to do everything by ourselves, not only in terms of setup-wise, on the technical side,” he said. “It’s also on the operational side, also on the strategy, tire management, the comfort side in terms of precision, steering wheel grip, basic things that they were ready with Andretti.

“Basically it’s a bigger challenge. But it could be a bigger reward as well. I think some of the philosophy or directions that McLaren may go in the next month, maybe now is a little bit different. With Andretti, we just followed what we knew what was working. In a way, it was easier. But maybe now we can discover new things. That’s our hopes.”

Here’s the full Indy500 results of the open test: Veterans and Rookies