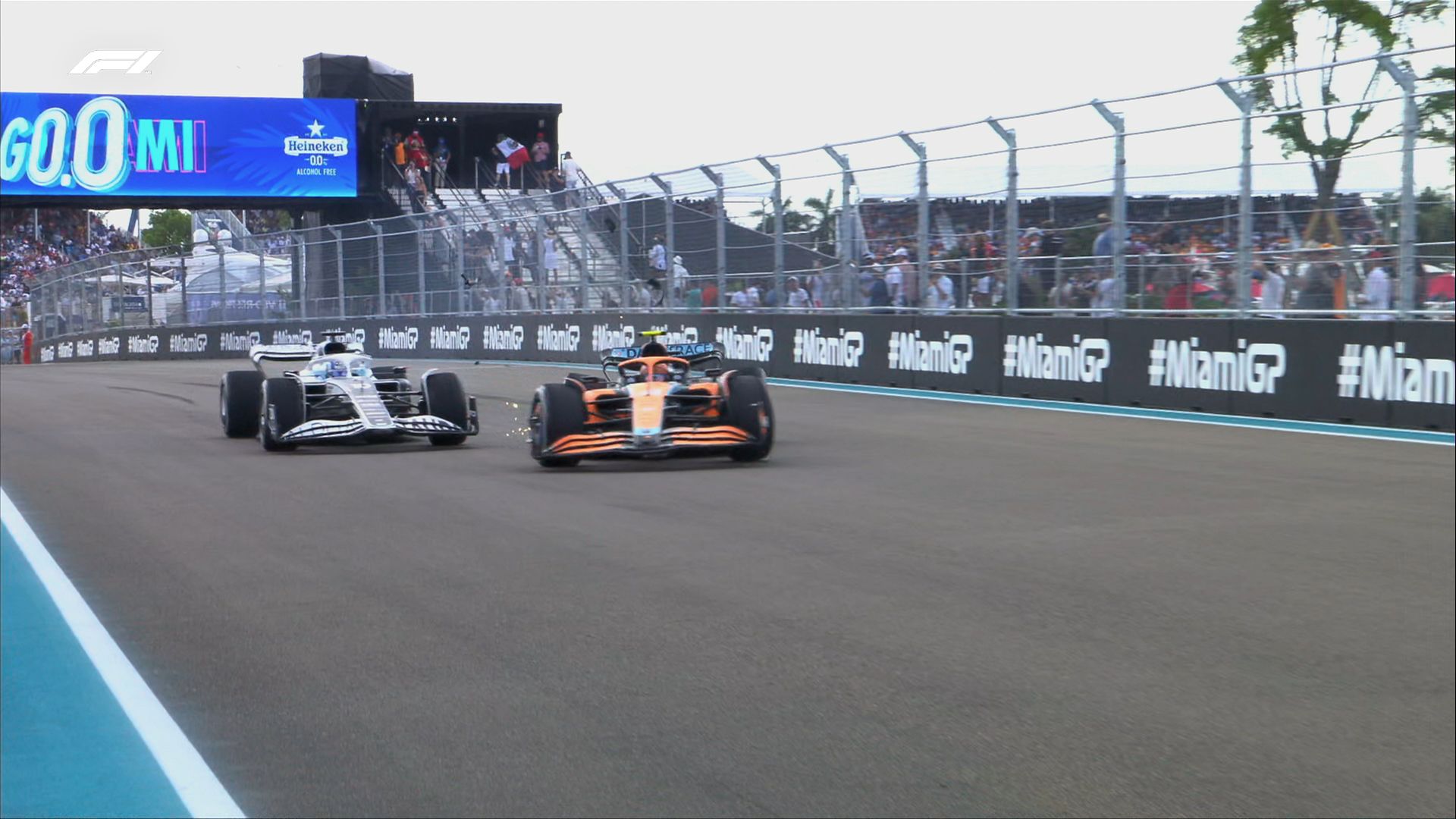 Fernando Alonso apologised to Pierre Gasly after the F1 Miami GP collision as Lando Norris disappointed due to the silly action.

For Alonso, it has been a tough start to his 2022 campaign. He has been either there or thereabouts with some spirited drives too but he has been unlucky somewhat. In Miami, he got not one but two 5 second penalties. First of all, he made a pass on Pierre Gasly which caused a collision at Turn 1 when the Spaniard lunged onto the Frenchman.

Subsequently, in an attempt to keep Alexander Albon at bay later on, he cut the chicane twice on Lap 56 which was possibly a manoeuvre, he may have carried out in frustration on his part. Indeed though it was a great shame as he had made a great start to the race however.

The second penalty dropped Alonso out of points as post-race he explained the situation and even apologised to Gasly. “It was a tough race on our side for sure,” he said to media. “I was very aggressive at the start. I made four or five places there, I touched with Lewis, but the car was good after that. So that was a lucky touch”.

“Then on the pit stop, I had a slow pit stop, I lost like four seconds there, so I had to recover that time with Gasly. Eventually I closed the gap, and I was very optimistic on the move with him, so I touched with Gasly again, and I had the penalty, five seconds, which I deserve, it was my mistake, I braked too late”.

“We were ready to give back the position, but he was on the pit stop at that time, so I have to pay those five seconds. And then the safety car was right perfect for the hard starters, once again. So we lost a couple of places there. The incident with Gasly, as I said, it was my mistake, and it happened sometimes to me. Mick spun at Imola and destroyed my race”.

“Today, I braked too late and it destroyed Pierre’s race. It was my mistake, and I feel sorry for him, because I know how it should feel and it was not his fault. It’s too hard not to finish a race after someone touches you from behind. It was bad luck for him, and my mistake,” summed up Alonso.

On the side of Gasly, he also had a struggling start to the campaign, touted as a possible Red Bull driver in 2023, for him it’s been an irritating beginning to the current campaign.  Miami was no different for the Rouen driver where he also had a collision with Norris.

“I mean I am extremely disappointed right now because we had a really good afternoon, a great start battling Lewis, in seventh during the first stint, we looked good for P8 until Fernando crashed into us into Turn 1 and broke my rear right corner and after that we tried to go for a lap to see if we could continue but the car was too damaged”.

“I could not even stay on track, was going off track everywhere and on my way back to the pits, they all passed into Turn 7 and Norris came and clipped my left front tyres. I was turning right in the corner so and he came and touched my front left tyre so I don’t really know. We could have done more, very disappointed with the contact with Fernando because we have had a lot of battles together and we have never made contact and just today it cost us a lot”.

“Obviously not the way we would have liked to finish, such a strong start to the race and very disappointed,” summed up Gasly. For Norris, the third part of the equation, he too had a day to forget after a steady start. He dropped into traffic which derailed his race.

“It was hot, it was sweaty,” said Norris. “A shame that it ended in a silly way, someone just said on the radio that he (Gasly) was going to retire or something. If that is the case then I think what he did was silly. If you are going to retire, you just get out of the way of people racing. He was looking in his right mirror and he was drifting across the track”.

In fairness they are all racers, there is a racing instinct amongst them and possibly a great deal of frustration in particular for Norris and Gasly. They are in it for themselves and their team. Despite a drivers frustration, there is always another race to look forward to.