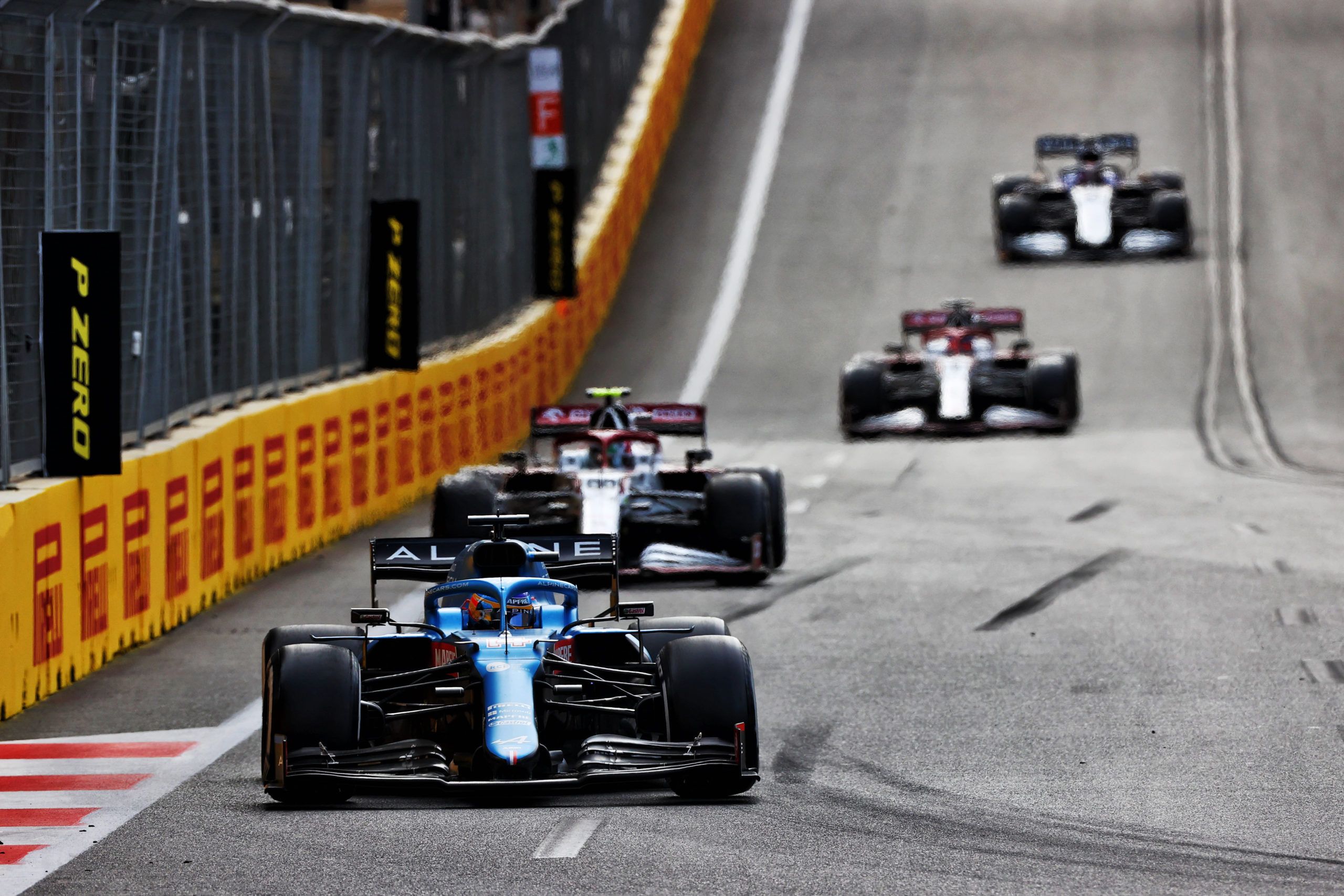 Esteban Ocon faced engine troubles in F1 Azerbaijan GP, as Fernando Alonso made the most of re-start to gain places in the end.

The F1 Azerbaijan GP was a two faced Grand Prix for Alpine. While Alonso was able to score good points – especially after the red flag – Ocon, meanwhile, suffered a power loss in the first few laps of the race, and was forced to retire.

The Frenchman felt Alpine had potential to score points with both cars, but the technical issue ruined his weekend after a flurry of good results in recent past. “I didn’t seem to catch a break here, it’s very tricky obviously and we had a pressure loss and had to retire the car very early on,” he said after

“We had a good start and I was in front of both McLarens and fighting with those around us. I was doing my race and it was going well and the pace was there for the top ten, which Fernando showed in the end. It was not our weekend, that’s clear.”

Alonso, on the other hand, had a good race. The two-time world F1 champion showed his skills in the mini-race after the red flag, where he gained couple of positions to be sixth, he he felt the performance was there during the whole GP.

After gaining a place on AlphaTauri’s Yuki Tsunoda at the start, Alonso opted for an early stop, which dropped him to P14. He recovered in a few laps, reaching P11, but lost two places against Daniel Ricciardo and Carlos Sainz, in the middle of the race.

Alonso stopped a second time after the safety car, to easily regain P11. Restarting P10 after Max Verstappen’s accident, he was ninth after couple of incidents. Alonso overtook a few competitors in Turn 1, and made a ballsy move on Tsunoda at Turn 5, to end up sixth.

“We have good pace in a two-lap race,” Alonso said with a smile. “That was fun. It was exciting to have some battles. Everyone was aggressive knowing it was only two laps and you don’t need to take care of the tyres. It was fun. I think we had a solid weekend here in Baku. Being 10th, it was too little reward for the team.

“I’m happy with sixth. The guys deserve it, we’ve been working very hard. At least we get some good points. I was a little bit surprised by the pace on the soft. The FP2 long run felt OK, but early in the race, we were three or four tenths slower than the people around.

“We tried to be creative with the strategy, trying to undercut people around, and then taking the first Safety Car, and gambling to put the soft tyre, but any strategy when you’re a bit slow in pace, it doesn’t work. We got lucky in the end to get an opportunity – and we took it,” summed up Alonso, who has 13 points to Ocon’s 12.