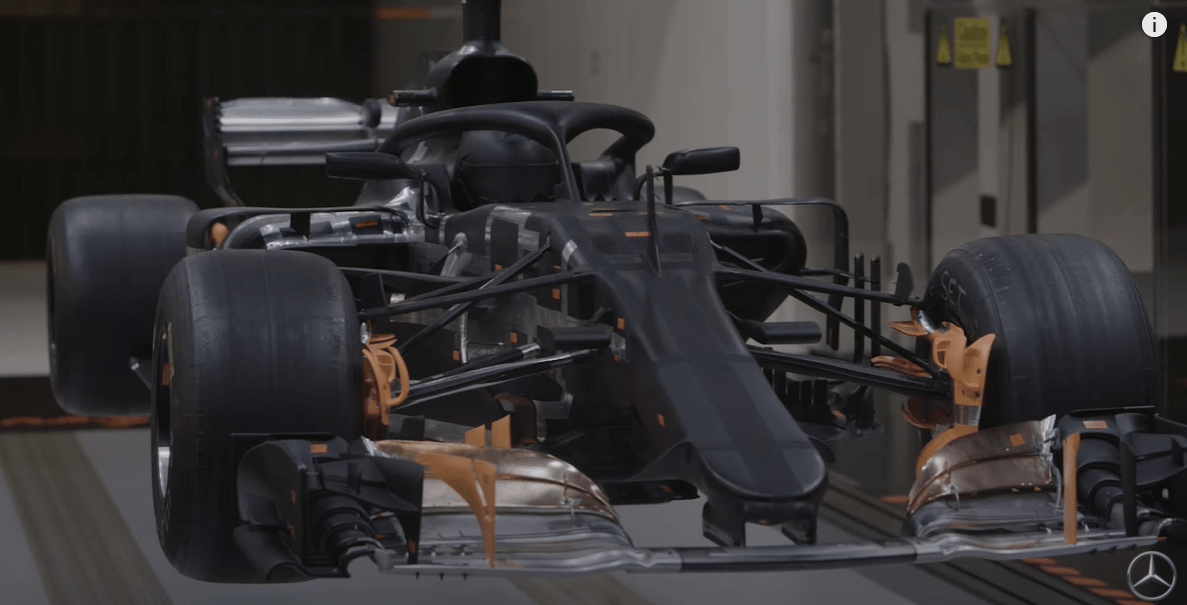 The F1 team face unprecedented obstacles to the continuation of their success in 2021, with new regulations threatening the reigning champions. These regulations – intended to reign in top teams – affect Mercedes both financially and competitively.

Mercedes – the 2020 champions – will have the least time in the wind tunnel of all teams. Its technical head Allison states that they have had to adapt to this change second to Cost Cap, which will show up in 2021 F1 season in some way.

“We have for many years now been limited in the amount that we were allowed to use the wind tunnel and the CFD,” started Allison in a Mercedes’ video. “The limit in the past has always been the same for all competitors whereas for 2021 that has changed and now we get a different allowance depending on how successful we were in the previous season.

“Basically the last-placed team in 2020 is allowed [in] their wind tunnel about 20% more than the first-placed team and everyone in between is on a sliding scale between that 20% and what the first-placed team gets. We were lucky enough to be good last year and, unfortunately, we pay the price for that a little bit in 2021 and beyond because we get to use less of that fundamental asset, the wind tunnel and the CFD computers compared to our competitors.

“For us the challenge has been, how do we react to this new regulation in the most positive way? How can we make sure that we don’t get tripped up by it? There the challenge has been, if we are not allowed to use as much of our wind tunnel and our CFD as we were previously, how could we adapt our world so that we get more and more out of every single opportunity in that wind tunnel?

“[If] we’ve only got one run in the wind tunnel, let’s make that run as valuable to us as possible. If we are only allowed to do a small amount of CFD calculation, let’s make it so that the methodology and approach to those CFD calculations are as valuable as possible. We’ve tried to adapt our approach to this, so we mitigate and maybe even completely offset the effect of this reduction in the amount that we are allowed to use these fundamental tools.

“So if you are looking at 2021 and you think it is just a carryover of 2020 but don’t be fool of anyone telling you that. The rules are very different from 2020, the work we have had to do has been very wide reaching and we hope that we have done enough to remain successful but as ever at this time of the year, we are full of anxiety and excitement as we are waiting to find out, whether all this investment that we have made in the new car will indeed pay off with a title fight,” summed up Allison.

Moving on, though not a new regulation, the F1 team also face an obstacle in the form of Pirelli’s new 2021 tyres, which they were able to test on only a few occasions in 2020. Allison explains that the team are forced to extrapolate from provided data on the new rubber as they design their W12.

“We got a first glimpse of these new tyres back in Portimao in 2020. We’ve had two other occasions where we could test them, and they were in Bahrain and then in Abu Dhabi the last race of last year,” said Allison. “That’s not really very much opportunity to take on board a new tyre and get ready for a new season with it because these tyres will affect the way that the car performs, and they affect the way that you have to design the aerodynamic platform, and the way that you have to set up the car.

“So it’s been a big challenge for us to try and stretch out that testing data that we had at the tracks last year and to try and make as much as we can out of the tyre data supplied to us by Pirelli, so that we would be ready to really optimise the car around the characteristics of these new tyres,” Allison explained, as he also added about heavier cars.

“The cars have got a little bit heavier over the winter,” stated Allison. “The tyres, these more durable, more effective tyres, are a little bit heavier as a consequence of bringing that durability. Furthermore there was also a weight increase on the chassis permitted for 2021. Overall, the cars are about six kilos heavier than their predecessors.

“We’ve had to figure out how to make use of that additional weight. We were lucky enough that we were one of the cars that was below the 2020 weight limit and so when the weight limit was raised for 2021 by the three kilos that were not associated with the tyres it was our challenge to try to figure out how can we invest into our car that three kilos to get maximum performance from it,” summed up Allison.

Here’s last from Toto Wolff on contract talks and more