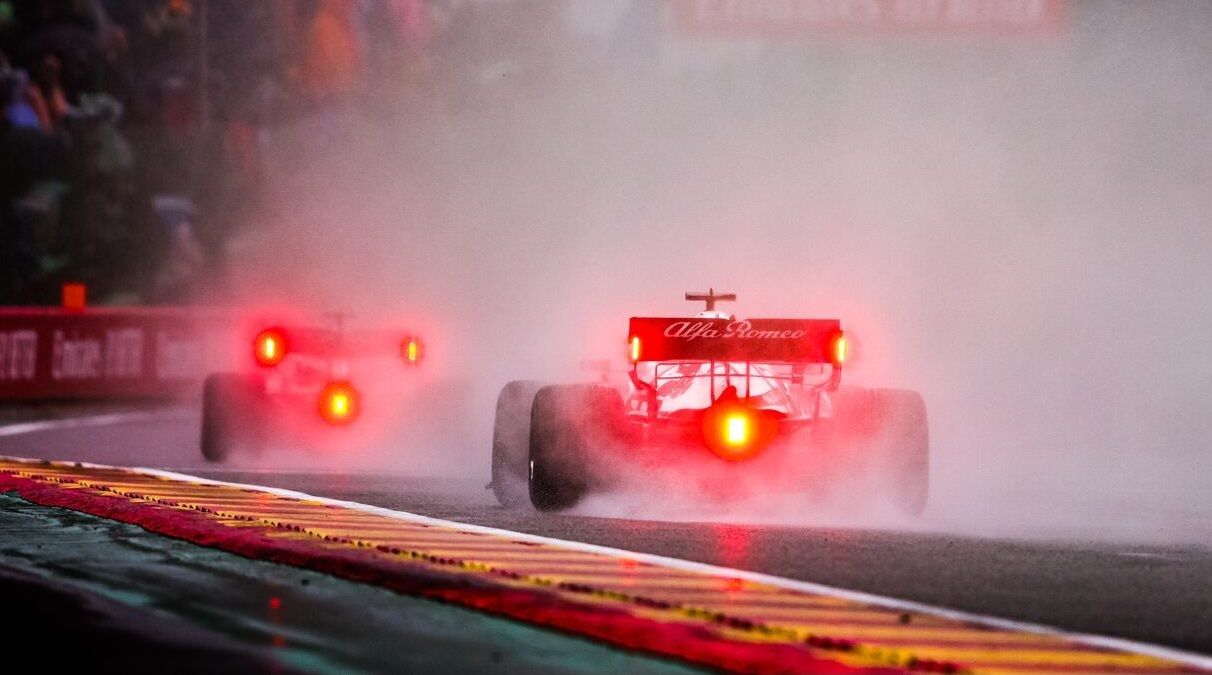 Alfa Romeo released a statement with regards to how things panned out in F1 Belgian GP, whereby they kind of lost the fight to finish eighth in 2021.

The events in F1 Hungarian GP kick-started the blow to Alfa Romeo, which kind of culminated in Belgian GP, after Williams scored another double points finish. The 20 points they have, as opposed to three for the Swiss outfit, it is all but over for them.

With only 10 F1 races left in the 2021 season, Alfa Romeo will need huge stroke of luck to be able to score the 18 points they require to topple Williams from eighth place. Among all the teams, they were the biggest to lose out from the shortened grand prix.

The team released a statement on Monday. At first, they backed the FIA with regards to the decision to delay the grand prix and not complete the full distance, but then they added about getting hurt – not just the teams and drivers, but also the fans.

“A huge thank you to all the incredible fans that spent hours in the elements for the race to start,” the statement from Alfa Romeo read. “With your patience and determination, you are the true ‘Drivers of the Day’. For months, we have been looking forward to having the stands full of fans supporting our team and our sport: unfortunately, we weren’t able to put up a show for you yesterday.

“The decision not to race in these conditions was the right one, in the interest of protecting the safety of the drivers, the marshals, and the spectators themselves. However, the situation would have been dealt with a lot more appropriately by not having at all the ‘race’ we witnessed yesterday: this outcome hurts us all, but in particular it hurts fans of the sport, who didn’t get the show they came to see.

“We hope lessons were learnt yesterday, lessons that will improve the way we operate in the future and that put the supporters of our sport in the position they deserve to be. Once again, our genuine thanks go to all the fans – you were the ones to truly shine yesterday in Spa,” summed up Alfa Romeo.

The team did not directly mentioned about the points situation, but took the indirect route. Some of the drivers after the race were more open about the situation, noting about how it was undeserving to score points, even if it was half they did.

But eventually, the regulations had been in place for some time now and the FIA more or less followed it. As with everything, only once a situation arises, the hindsight comes in handy. There will be, however, a review about the process still to better handle.

McLaren boss Zak Brown noted about his displeasure as well, with the race result and points scored. A rain like this is very rare, though, as the last time F1 awarded half points was during the 2009 Malaysian GP after the race was stopped after 31 laps of 56.

A message to the fans – here’s my take on today pic.twitter.com/dGtOSKFODu