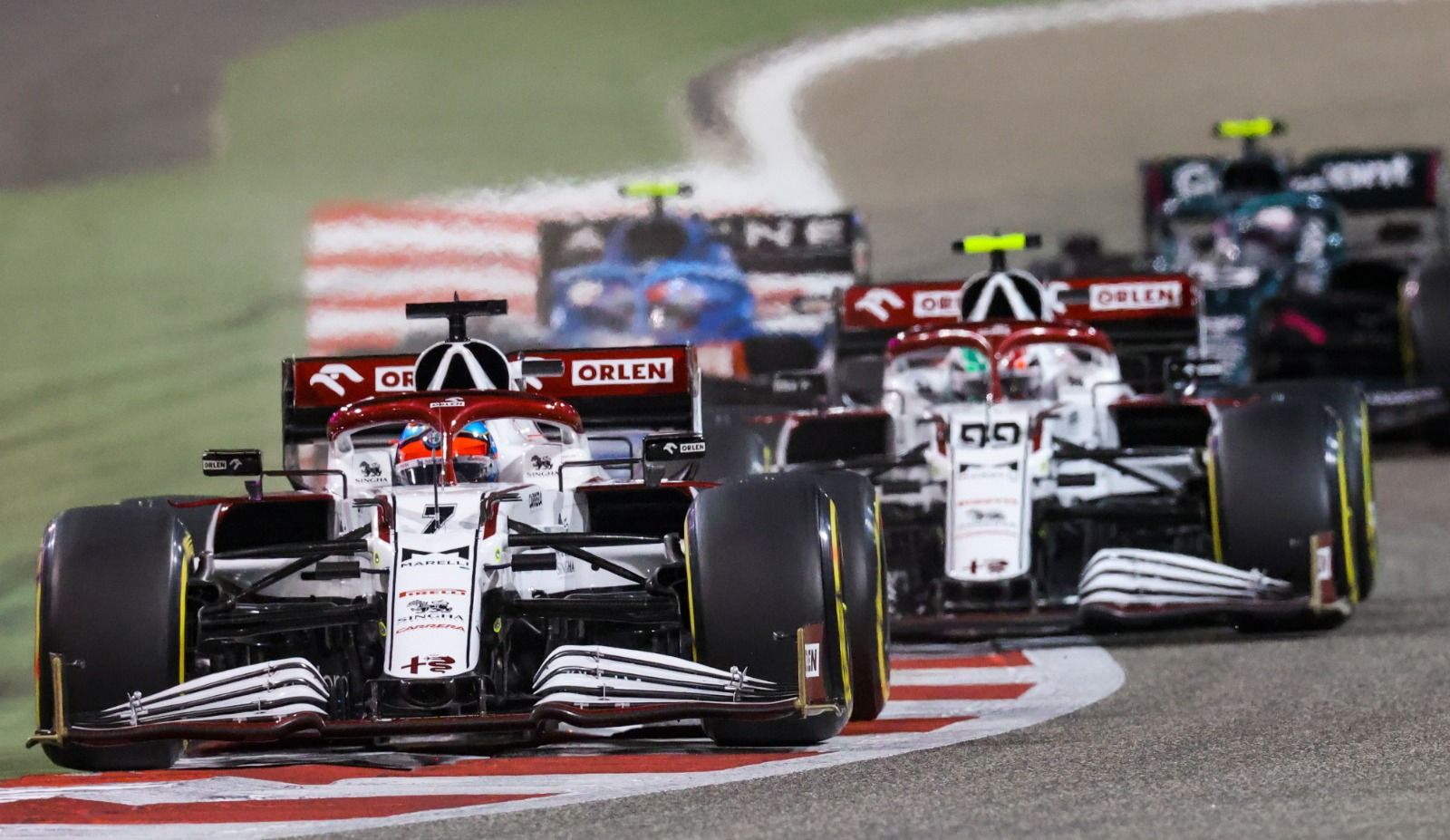 Alfa Romeo Racing chief Frederic Vasseur sees the F1 team in the ‘midst of midfield’ after their Bahrain GP performance.

Despite not scoring any points in F1 Bahrain GP, where Kimi Raikkonen finished 11th ahead of teammate Antonio Giovinazzi, Alfa Romeo chief Vasseur believes that the Swiss outfit is back in the ‘midst of the midfield’ fight, looking at the numbers.

All of the Bahrain pre-season F1 test, Alfa Romeo looked solid with their reliability and had a decent pace as well. It got validated in the opening grand prix, where Giovinazzi ran in the points for some laps, with Alfa Romeo teammate Raikkonen not far behind.

The Finn eventually managed to pass the Italian in the pits and was pushing hard towards the end to catch Aston Martin’s Lance Stroll for 10th. A bit more would have helped their cause but the overall perception is positive for all involved at Alfa Romeo.

“The Bahrain result gave us a strong indication of the progress we have made in the last twelve months,” said Alfa Romeo team boss Vasseur. “We raced with authority, leaving the Alpines and an Aston Martin behind us and finishing on the tail of the other Aston.

“Even though we leave Bahrain with no points, we do so having reclaimed our place in the midst of the midfield – and results will surely come soon. We demonstrated to be the able to fight in and around the top ten and we can look with optimism to the rest of the season.

“It was an eventful race, even though the low attrition rate – just two retirements – meant we had our work cut out when aiming for a place in the points. We take a lot of positives and are ready to battle again for a place in the top ten at Imola.”

Both Alfa Romeo drivers Raikkonen and Giovinazzi felt good with the balance of the car, as they noted that the car has certainly made a step up. The Finn thought they need to get the tyres running properly, which will help them to eventually get into the points.

Teammate Giovinazzi added: “Compared to the start of last season, we are much faster and have a much better car so we can be happy about the step forward we have made. It wasn’t enough to bring home points, but we are very close to the top ten and we can consistently fight for the points. My race was good, I think I got everything I could out of the car, but of course we lost time at the first pit-stop.”