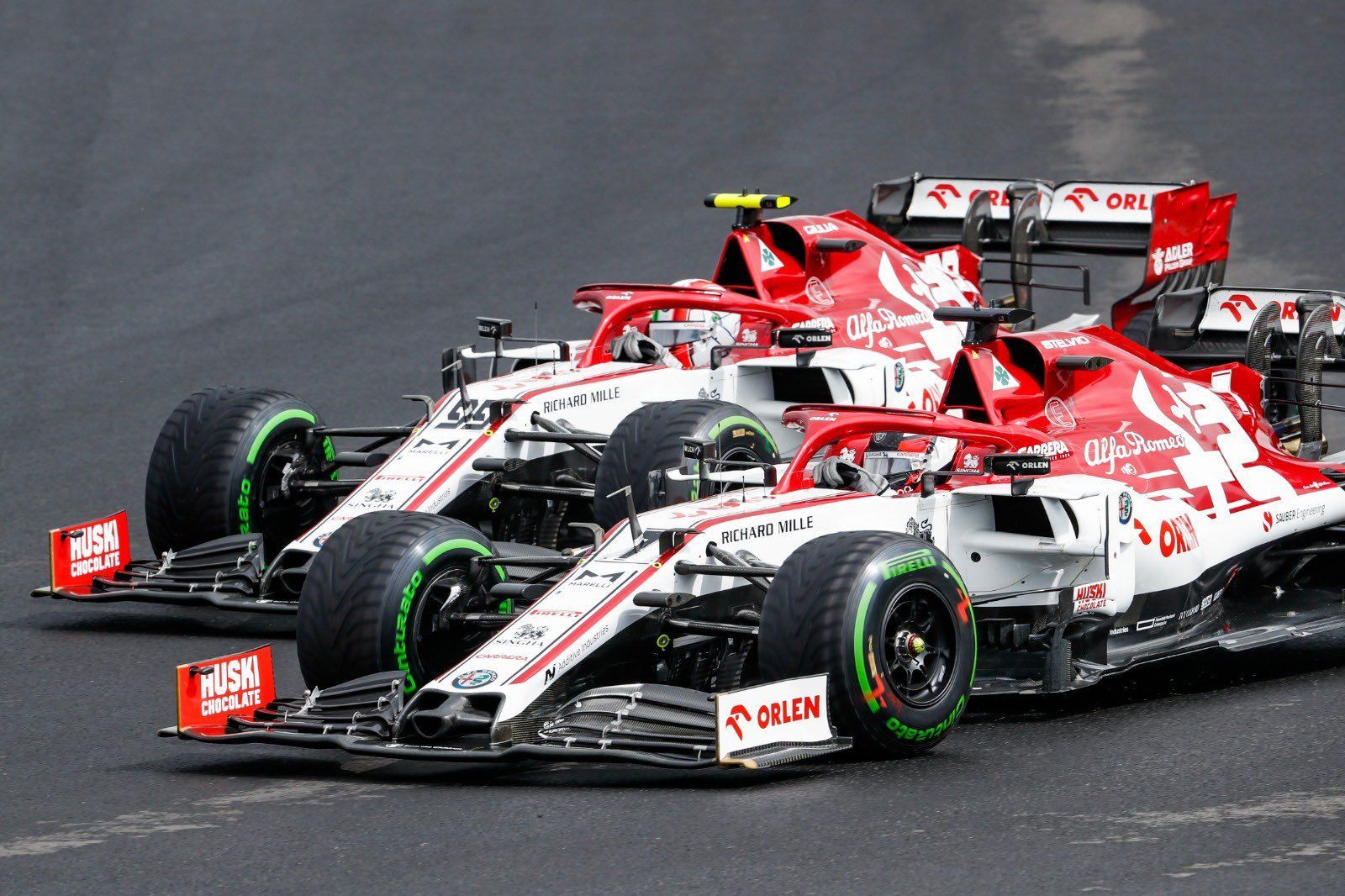 Alfa Romeo Racing believes they had pace to fight its immediate rivals in F1 Hungarian GP as Pirelli Motorsport reveals compounds for Mugello and Sochi races.

It has been a tough start for Alfa Romeo in 2020 F1 season where they have just the two points from the three races where they haven’t looked to have the kind of performance they would want to have, especially against its direct competitors.

The car doesn’t seem to be a straight Top 10 finishers but fighting against the likes of AlphaTauri, Haas and Williams. The Hungarian GP was another example where both Kimi Raikkonen and Antonio Giovinazzi just couldn’t push through.

Raikkonen was also handed a time penalty for being out of position on the grid. Despite the disaster as the Finn called it, Alfa Romeo states that they had the pace to challenge its immediate rivals and felt they could have done better if they qualified well.

“The end result is disappointing, but looking at the data it is very clear the car was more competitive than our finishing positions would suggest,” said Alfa Romeo team principal, Frederic Vasseur. “We had the pace to challenge our direct rivals and some quicker cars, but starting from the back we were always going to be at a disadvantage.

“Both cars had good pace and we could have brought home a point or two with a bit more luck, but Kimi’s penalty and Antonio suffering on the soft tyres meant we weren’t able to make up the deficit. With a better qualifying, we would have been in the thick of the fight for points.”

Giovinazzi rued the switch to soft where everyone had gone to medium as Raikkonen added: “It wasn’t a very busy race for me. Unfortunately, starting where we did meant we had a very difficult job ahead of us: we did what we could but it wasn’t enough for points.

“Our pace wasn’t too bad, I made up a few places at the start but the penalty put me back at the bottom. The grid was a bit slippery, I went a bit too long into the box and I didn’t have the time to reverse; we could have been a few more places up so it’s a bit of a shame.

“We have a lot of work to do to improve our qualifying, but we can be positive about our performance on Sundays.” Aside Alfa Romeo, looking ahead to the two new rounds added in the 2020 F1 calendar, Pirelli revealed the tyre compounds.

The first-ever Tuscan GP at Mugello will have the hardest three compounds as Pirelli has opted for C1, C2 and C3, considering the abrasive tarmac which will need extra work. The Russian GP at Sochi will see C3, C4 and C5 – the common sets for most F1 races.

Here’s details from Pirelli on tyres until Monza

Here’s news on Mugello and Sochi being added