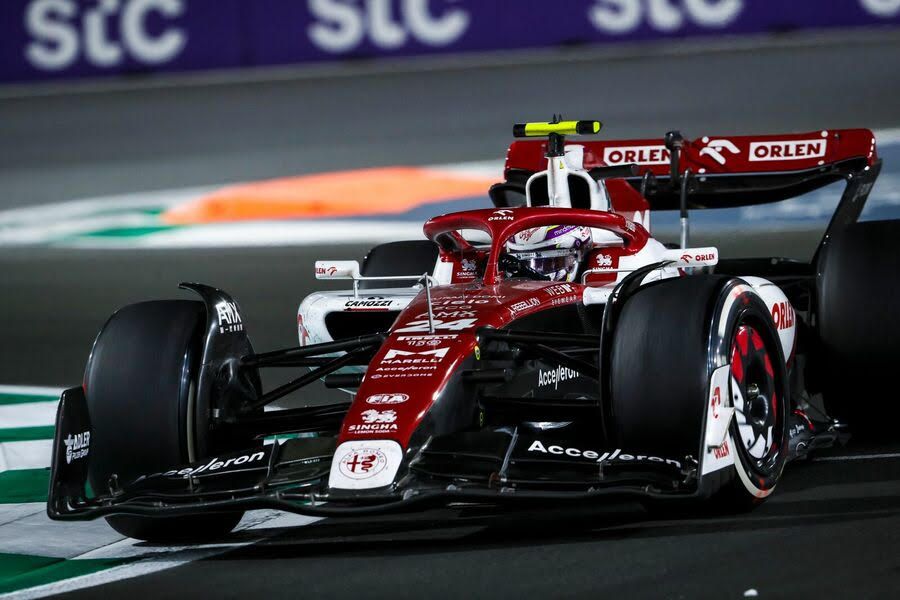 Alfa Romeo is looking to work in detail with Guanyu Zhou to understand his start issue with regards to anti-stalling after trouble in both outings.

Not just Zhou but Valtteri Bottas also faced a similar issue at the start. In Bahrain, the Finn dropped to the mid-pack from Top 10, whereas the Chinese racer dropped to back of the grid from his mid-pack position, with Alfa Romeo suffering from anti-stall trouble.

In Jeddah, while Zhou anti-stalled again, Bottas handled it much better. In the larger picture, it is an issue that has to be sorted soon and with the break between Jeddah and Australia, they have time to look back at both the races to identify the core problem.

As per Head of Engineering Xevi Pujolar, the Alfa Romeo car isn’t troubling as much, but it is more on the application side. “The anti-stall is something we need to go through with Zhou,” he said to written media. “[There is] nothing wrong with the car, he has a feeling that the revs are still okay but it is not okay as it is too low.

“We have to see what we can do to mitigate this issue in the future as now is twice. I think our performance is still okay but wasn’t the main issue. I think Valtteri was still able to gain positions so we are good with that. I think with Zhou, the start was not great but okay. It was just the anti-stall again, so that is something we will have a solution for at the next race,” summed up he Alfa Romeo chief.

When asked to elaborate what’s troubling Zhou, Pujolar added: “It’s just maybe his feel with this kind of situation, to hear the engine revs and when it’s stalling and maybe now we need to analyse a bit better, in more detail with more time. When he’s touching the car at some point maybe then it’s dropping too low and he didn’t realise, I don’t know.

“Everything is working as expected but for him, it’s just something that he needs to understand, but there are different ways to solve that problem and we’ll have a look at what’s the best way to do it for Melbourne,” summed up Pujolar.

Naturally for Zhou, it is not an ideal situation because even with a good qualifying position, it leaves him vulnerable and having to fight back up. “It’s not ideal because we had the same issues as Bahrain, so we need to investigate,” he said. “To keep having the same issue lap one going to last is not ideal.

“The start was an improvement from Bahrain but then Turn 1 again, anti-stall kicked in, where I had to pull the clutch, it doesn’t engages, we go back to neutral and we go last. So, I really need to figure out what’s the problem there as we are missing too much after decent qualifying, it doesn’t make sense to have that in the race, it was quite messy from my side,” summed up Zhou.

While Bottas had a better start in Jeddah but since Bahrain, the Finn has acknowledged that it is one of the key areas which Alfa Romeo is working on to perfect since testing. “I think it’s been one of the biggest priorities since the first race,” he said. “And we saw already in testing, there’s unfortunately, the no quick fix.

“I think the lead time is going to be – I don’t know – maybe another one or two races, at least for a mechanical fix as such. But there’s other things we are trying to try to look into, how we can avoid it, because like I said, like 50% of the starts, it happens.

“But how do we avoid it in terms of hold the revs, where you drop the clutch, or the driver inputs, trying to be as consistent as possible. So, we’re working in all those areas to try and hopefully have clean starts for both cars and more consistent ones. So, that’s where we’re at at the moment, and we’re working on it,” summed up Bottas.

Here’s what happened to Alfa Romeo in pits