Alexandra Mohnhaupt will return to Europe to do her first season in the European continent. The Mexican driver will join Mexican team will join team Douglas Motorsport to compete in the BRDC British F3. Her only team mate confirmed so far is Jamie Chadwick.

The 18-year old driver has just made herself famous as she has become the first female driver to win a FIA Formula 4 race. It happened in Mexican Formula 4 NACAM, where she won two of the three races of the fourth race of the season in Puebla. In both of them she had to fight until the end with several drivers.

She’s currently doing her second season on the Central American series and she is in second place in the standings. She is far from the leader, Moisés de la Vara, with still four rounds until the end of the season. Before that, she did some rounds in British F4.

“I’m really excited to be racing in the BRDC British F3 Championship with Douglas Motorsport,” she said. “The car is fantastic, I’ve hugely enjoyed driving it in testing so far and I can’t wait make the step up and join the rest of the field on the grid at Oulton Park.”

Team Principal Wayne Douglas commented: “We’re very excited to welcome Alexandra to the team for the 2018 BRDC British F3 Championship. She’s gained a lot of single seater experience at F4 level, and her recent results in Mexico show that she is definitely ready for the next step up. We’re looking forward to working with her and assisting her development throughout the year.” 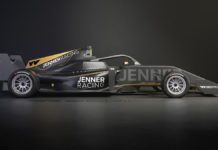 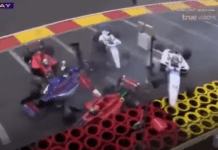