Home Single-Seaters Indycar Round Up: Alexander Rossi – An Unusual Journey to Indy 500 Victory... 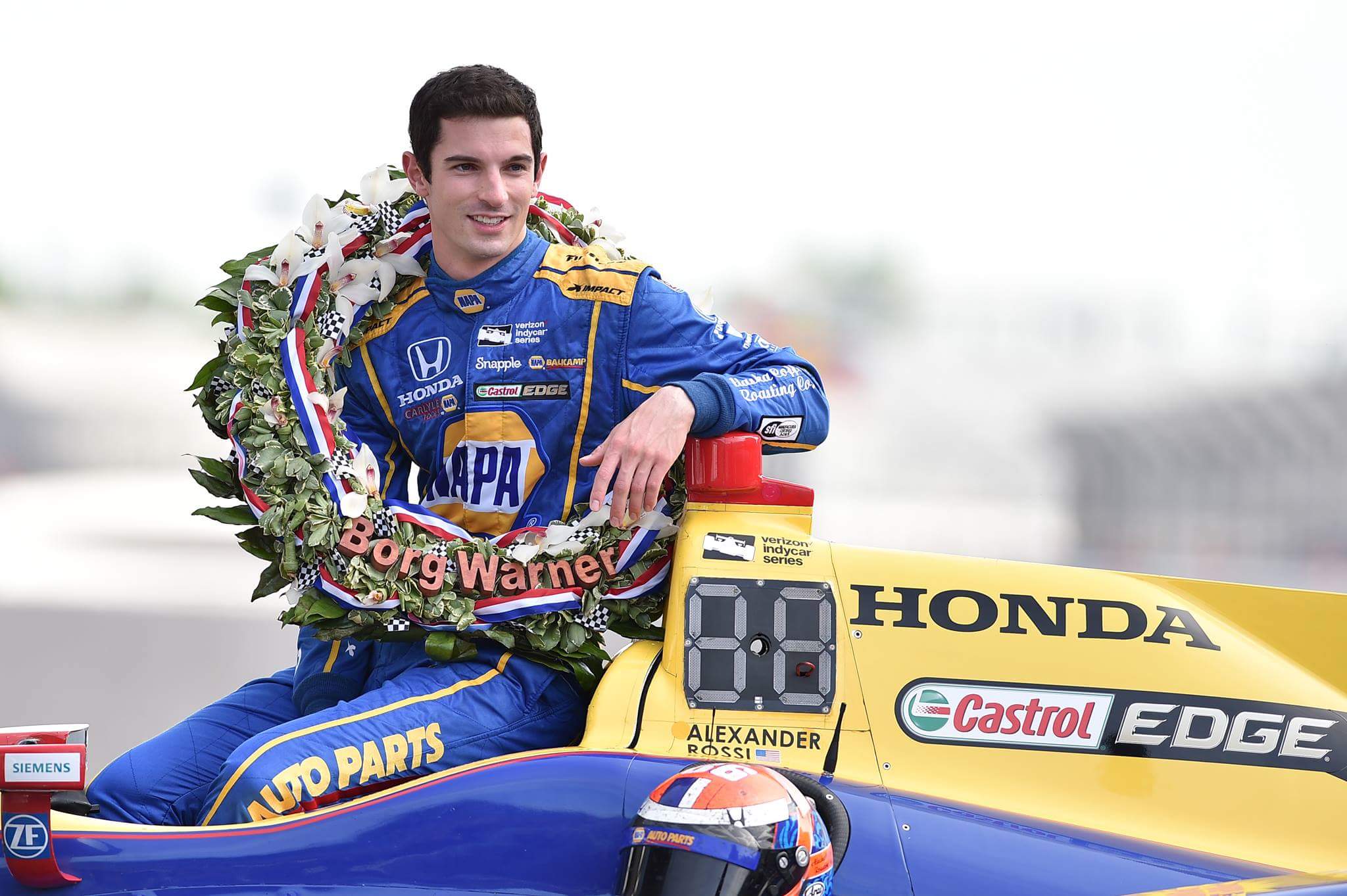 Last year hardly anybody could imagine Alexander Rossi winning the 100th Running of the Indianapolis 500. Despite being one of the most talented American open-wheel drivers from the younger generation, he had never raced on an oval and his career ambitions were in Formula One. Racing in the Verizon IndyCar Series was initially just a backup plan for him, yet now he has achieved the biggest victory of his career there.

Before this season, the last time Rossi had raced in an American series was in 2008 when he won the Formula BMW Americas series at the age of 17. He also won the Formula BMW World Final that year, which give him the first taste of F1 as he got to test the BMW Sauber F1 car.

In 2009 Rossi switched to racing in Europe. In 2011 he finished third in the Formula Renault 3.5 Series. The following year he joined Caterham F1 Team as a test driver as well as racing in the organization’s junior teams in FR 3.5 and GP2 Series between 2012 and 2014. In the middle of 2014 he left the Caterham organization and joined Marussia F1 Team as a test driver.

In 2015 Rossi achieved his career-best second place in his third season in the GP2 Series standings, albeit massive 160 points behind the champion Stoffel Vandoorne. In the end of the 2015 season, Rossi finally made his debut in Formula One, participating five Grands Prix for Manor Marussia F1 Team. Rossi could score no points, yet he finished ahead of his teammate Will Stevens in four of his five starts.

For this season, Rossi was left without a race seat in F1. The 24-year-old Californian headed to race in America for the first time since 2008 as he became a Verizon IndyCar Series driver for Andretti Herta Autosport.

Rossi didn’t enjoy success in his first Verizon IndyCar Series races. He achieved his first top-10 finish in the fifth race of the season as he was 10th in the Angie’s List Grand Prix of Indianapolis.

However, on the following week he was alongside his Andretti Autosport teammates among the frontrunners in the practice for the Indy 500. As the top rookie, Rossi qualified in 11th place.

In the Indy 500, the second oval race of his career, Rossi was running mostly around the 10th place and had set the fastest lap. However, the Andretti Herta team made a brilliant strategic decision to save fuel on the closing laps. While the drivers who battled in the front had to pit for a splash of fuel, Rossi stayed out and barely won the 100th Indy 500.

Probably not even Alexander Rossi himself had imagined last year winning the 100th Indy 500; it was Formula One where his career ambitions were. And still, despite racing in the Verizon IndyCar Series, he hasn’t given up his F1 dream. Although he was left without a race seat at Manor Racing, he remains a reserve driver for the team, in hope of future F1 opportunities.

Time will tell what effect the Indy 500 victory will have on Rossi’s career. He has now experienced winning the world’s biggest race, yet he would be very unlikely to get immediately into a winning car in F1. At Andretti Autosport he can race for victories whereas there is no guarantee that he would ever get into a winning team in F1. Then again, as the 500 winner he could leave the Verizon IndyCar Series with no regrets if F1 is where he really wants to be.

For sure, getting an F1 seat isn’t guaranteed. Although Rossi won the Indy 500, his second-best Verizon IndyCar Series result is a 10th place, which isn’t really impressive. A strong finish to the season would help his F1 ambitions, and the 500 victory may also help him to attract sponsors to fund a seat. Then again, winning the 500 as a rookie has all but guaranteed him a Verizon IndyCar Series seat if he chooses to stay.ck