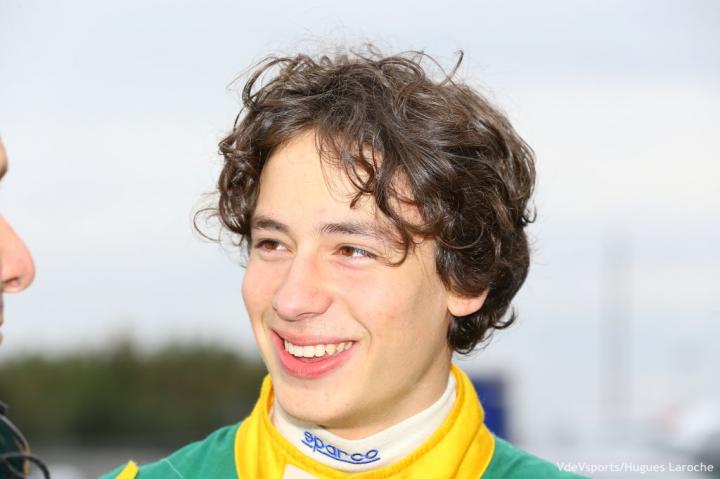 Peroni, 17, graduates to Eurocup following his victory in last year’s French Formula Renault Monoplace Championship, and a competitive wild card appearance in the 2016 Eurocup finale at the Estoril circuit in Portugal.

Fortec offered him a place in its Eurocup squad after an end-of-season test session with the team at Spa-Francorchamps in Belgium.

Peroni is excited at the prospect of racing in Europe’s most competitive development series.

“Ever since I started racing karts as a seven year-old I’ve dreamed of following the drivers I look up to into Formula 1,” he said.

“Daniel Ricciardo raced successfully in Formula Renault on his way to F1, and I hope to do the same.

”Winning the Monoplace Championship last year was incredible, but Eurocup is the next level so I’ll have to work even harder.

“Having tested with Fortec last year, I’m confident that we can achieve great results together.

“Thanks to Blundstone and RACT, who have been fantastic supporters of my racing career.

“Now RACT’s partner, United Petroleum, and Renault Australia have come on board to provide the opportunity to make my dream a reality.”

An indication of Fortec Motorsport’s confidence in Peroni is the attendance of the team’s Formula Renault Eurocup manager, Martin Young, at today’s announcement in Hobart.

“We are delighted that Alex will be racing with Fortec Motorsport this year,” Mr Young said.

“He came to our notice during the Monoplace Championship last year. Winning that series at just 16 years of age was no mean feat.

“Alex’s subsequent performances at the final Eurocup round and our Spa test session showed us that he had the speed to step up to Eurocup.

“He also worked very well with our race engineers, which was equally important.

“Alex is an exciting young driver. We believe he has the ability to be among the Eurocup front runners and challenge for race wins right from the start of the series.”

Peroni will travel to Europe in early-March for pre-season testing at Magny Cours (France), Paul Ricard (France) and Nurburgring (Germany). The 2017 Eurocup series begins on April 21-23 at Monza in Italy.