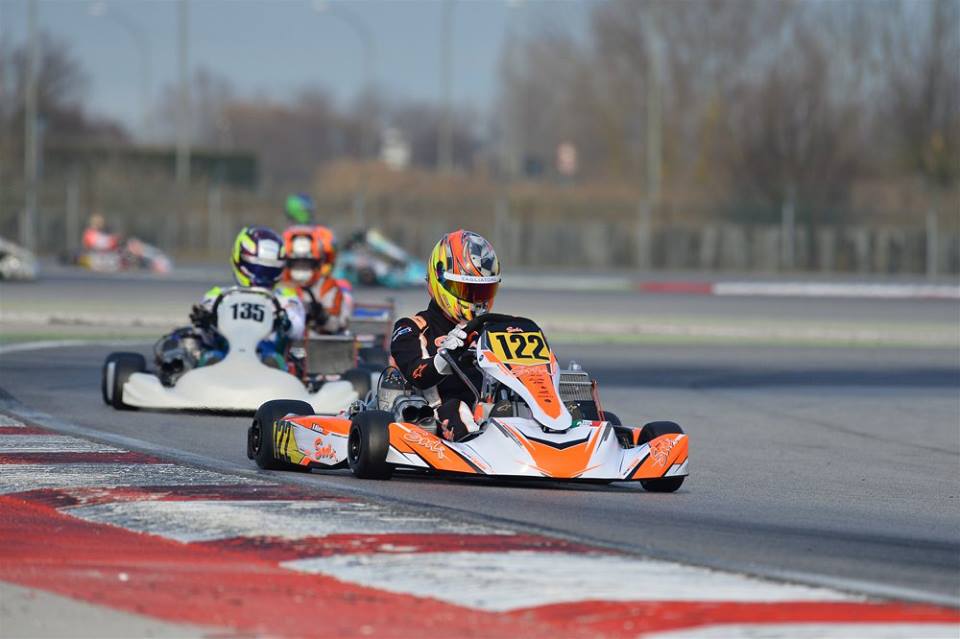 Official Sodi driver, Alex Irlando has won without any issues KZ2 Final in the first round of WSK Super Master Series, which has been held in Adria International Raceway.

The start of the race has been disastrous for Adrien Renaudin, as he has lost the first position and, surely, any option to win the race. Italian Irlando, stole the lead and he never left it until the checker flag. Leonardo Lorandi, Alessio‘s younger brother (who also participated in this race), has finished third, starting from fifth place of the grid.

Lorandi and Renaudin had a complicated rival, Abasse, who has put a lot of pressure on the Italian driver. Lorandi, smarter than his competitors today, has earned the second place before Abasse overtook him. Shortly after, also Abasse has been able to overtake Renaudin.

Meanwhile, Alex Irlando escaped from the others and opened a gap of 2 seconds and a half which assured him a very comfortable victory. In fact, the only one who managed to keep a similar pace was Lorandi, but the Italian of BabyRace had to worry more about defending second place than fight for the victory.

In the final laps, Abasse has tried to overtake the Italian, but he wasn’t able to pass him, and then was overtaken by Renaudin, who waited patiently for his opportunity. Irlando has crossed the finish line in first position, Lorandi has been second and Renaudin third. Abasse, who has had very bad luck today, afterwards was penalized with 3 seconds and has finished seventh. Francesco Iacovacci has been fourth and Alessio Piccini fifth.