Alex Dunne was the OK-Junior winner of this year’s WSK Champions Cup, held in Adria Karting Raceway. On the final, the Irish Driver took advantage of his chance to open a gap to all of his rivals to eventually lead the 1-2 for Forza Racing. His team-mate Arvid Lindblad finished second with Thomas Ten Brinke completing the podium.

The young Australian driver extended his domain by winning all eliminatory races. Andrea Antonelli and Thomas Ten Brinke (Ricky Flynn Motorsport) were also strong. They won all of their races and shown their potential towards the final.

However, Wharton‘s domain suddenly stopped on Sunday. The Aussie driver was beaten in Pre-final A by Paolo Gallo, who was able, with his CRG and less resources than his rivals, to beat Ricky Flynn Motorsport’s driver to start the final from the first row.

Meanwhile, on Pre-final B, Andrea Antonelli, the young Nico Rosberg’s driver, was unstoppable and claimed the win and pole position on the final. He was followed by Alex Dunne (Forza Racing) and Andrey Dubyna (Croc Promotion).

One of the additions this year is the new Final B, which is raced by the drivers that have not made it to the final. The race has the same distance than the final and there is an award giving cerymony at the end. There is no championship points prize.

On this first event, it was the Brazilian driver Vinicius Tessari who took win after starting fourth. Cristian Bertuca (Birel ART Racing), who started on pole, finished second. Alessandro Cendese (Parolin Racing Kart) was promoted to the last podium spot when Matthew Rees (KR Motorsport) was given a penalty.

The final did not disappoint and became the best race of the weekend. Andrea Antonelli started leading the race before James Wharton overtook him to take first place on lap 3. However, Antonelli was able to react and recover the lead to lead an eight-driver fight for the win.

The smartest driver in there was Alex Dunne, who passed Antonelli on lap 6. The Italian driver was unable to chase him since other drivers including James Wharton slowed the pack down to fight for second place, which allowed Dunne to open a 1-second gap in one lap to help him to consolidate the win.

Behind him, James Wharton seemed to have secured the second position ahead of Andrea Antonelli, but last lap was crazy and Arvid Lindblad (Forza Racing) did a great maneuver that got him promoted to second place and complete an unexpected 1-2 for the team. Thomas Ten Brinke took advantage of the situation to improve to third from fifth, leaving the two drivers that had previously dominated the weekene, Antonelli and Wharton, outside of the podium. 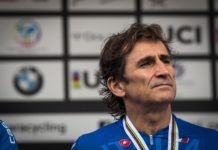