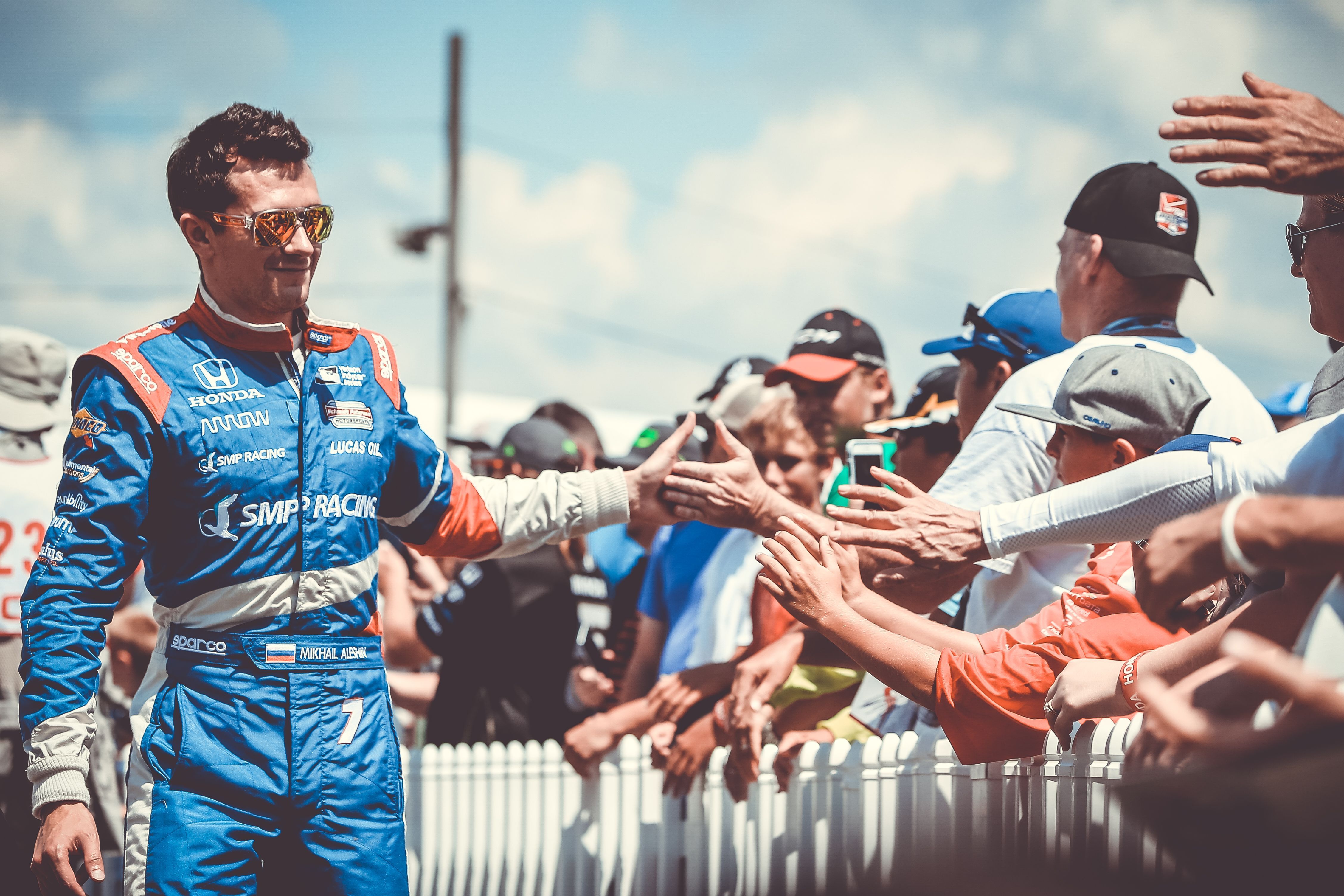 While an international theme has captivated sports fans this month with the 2016 Olympic Games, Verizon IndyCar Series drivers added their own international flavor in qualifying for the ABC Supply 500 at Pocono Raceway, led by a first time pole winner.

“It’s my first pole in INDYCAR and I am so happy to bring up the car, the No. 7 SMP Racing, up there,” said Aleshin. “The team did an amazing job. We had a couple of moments in Turn 1, but I decided to keep it flat and see what would happen. (Hitting) the wall didn’t happen, but pole position happened. Amazing.”

Affectionately known as the “Mad Russian” for his daring driving style, Aleshin led a top six in qualifying that features drivers from six different nations. American Josef Newgarden from Ed Carpenter Racing (No. 21 Fuzzy’s Ultra Premium Vodka/ECR Chevrolet, 220.195 mph) will join Aleshin on the front row, Japan’s Takuma Sato of AJ Foyt Racing (No. 14 ABC Supply Honda, 220.067) will start on the inside of Row 2 in his best start since sitting on pole at the second race of the Chevrolet Dual in Detroit in 2014.

While Aleshin celebrated his first pole, several usual contenders will not have as good a view of the field when the green flag waves for Sunday’s 200-lap event, slated to be the 13th completed race of the 2016 season. Championship leader Simon Pagenaud (No. 22 Menards Team Penske Chevrolet, 217.721) will start 14th and defending series champion Scott Dixon (No. 9 Target Chip Ganassi Racing Chevrolet, 215.337) 19th. Defending race winner Ryan Hunter-Reay (No. 28 DHL Andretti Autosport Honda) will start from the back of the 22-car field after crashing in practice this morning and not making a qualification attempt.

Juan Pablo Montoya (No. 2 Penske Truck Rental Chevrolet) and Charlie Kimball (No. 83 Tresiba Chevy) also crashed in morning practice but their crews were able to repair their cars in time for qualifying. Montoya (217.284 mph) will start 15th and Kimball (216.917) 16th.

The Verizon IndyCar Series has a final practice session from 5-5:30 p.m. ET today that will stream live on RaceControl.IndyCar.com. Coverage of Sunday’s ABC Supply 500 can be found on NBCSN and the Advance Auto Parts INYDCAR Radio Network beginning at 3 p.m. ET.