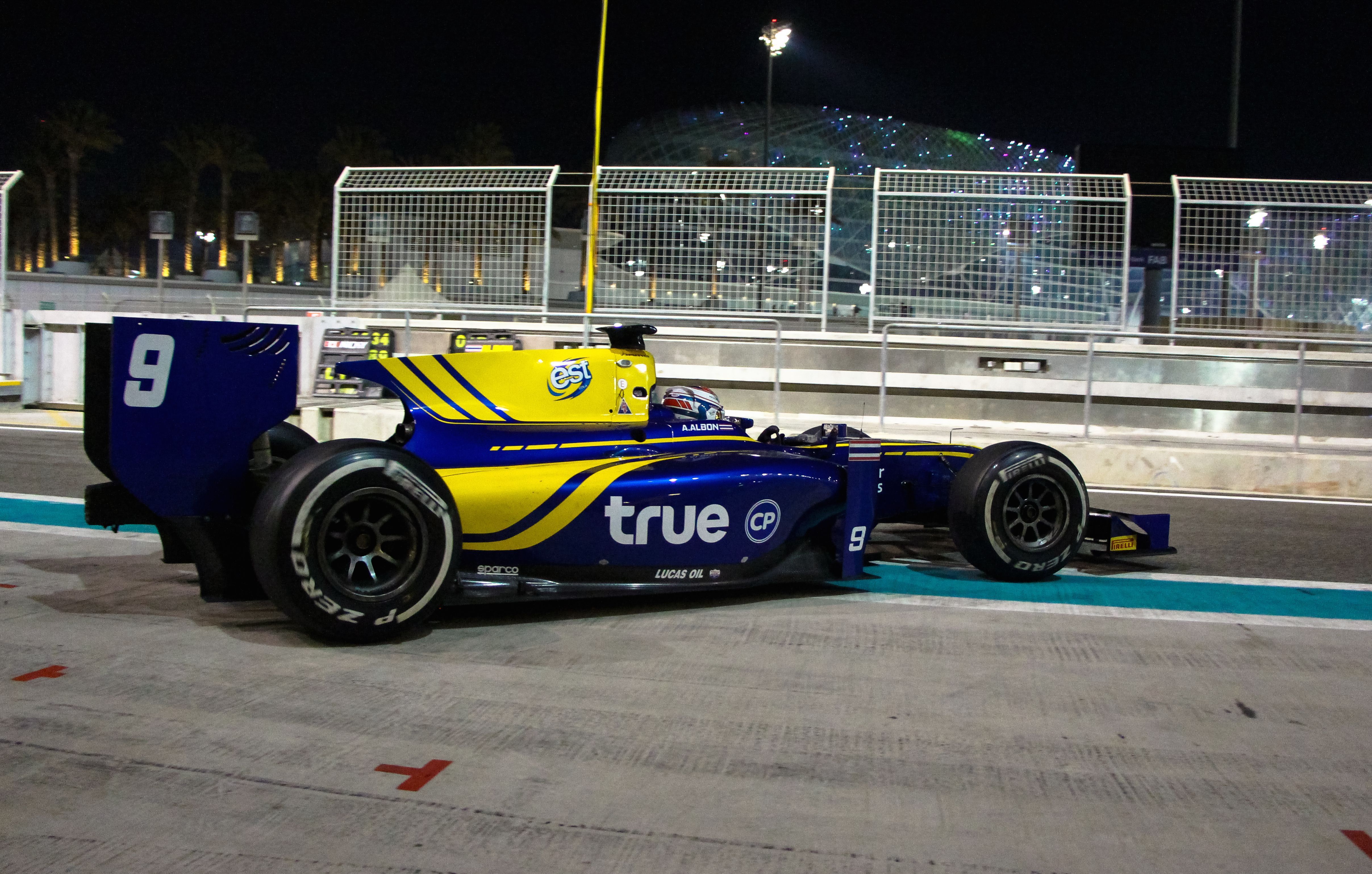 Alex Albon is the quickest man in the final day of the post-season test at the Yas Marina Circuit, Abu Dhabi. The Thai-Brit is very closely followed by Norman Nato, Nyck de Vries completes the day’s top 3.

Yet another sunny start to kick of this final day of the Abu Dhabi test at the Yas Marina Circuit. It being the National day of the UAE, the timings were a bit mixed up with the morning session starting earlier and the evening session later.

The morning session saw Arjun Maini keeping his form from yesterday, staying on top of the timesheet with a 1:49.040. Norman Nato and Antonio Fuoco were the ones getting close to Maini‘s time, being less than a tenth slower. The session didn’t see a lot of action, with most drivers concentrating on race simulation runs.

The afternoon session started way after sundowner, with this being the last session of 2017 the teams took the opportunity to use all they had left. Focusing on the quicker runs in the early session, while working on the long runs towards the end.

Nicholas Latifi was the first driver to set a competitive time, then followed by Albon, Nato, de Vries and Louid Deletraz, before the session was forced to a halt due to Leonardo Pulcini‘s off track adventure. The Italian came back in the ambulance, but was physically fine. The session resumed, with some drivers still trying to push for quicker laps. While George Russell saw his session cut short due to his engine giving up.