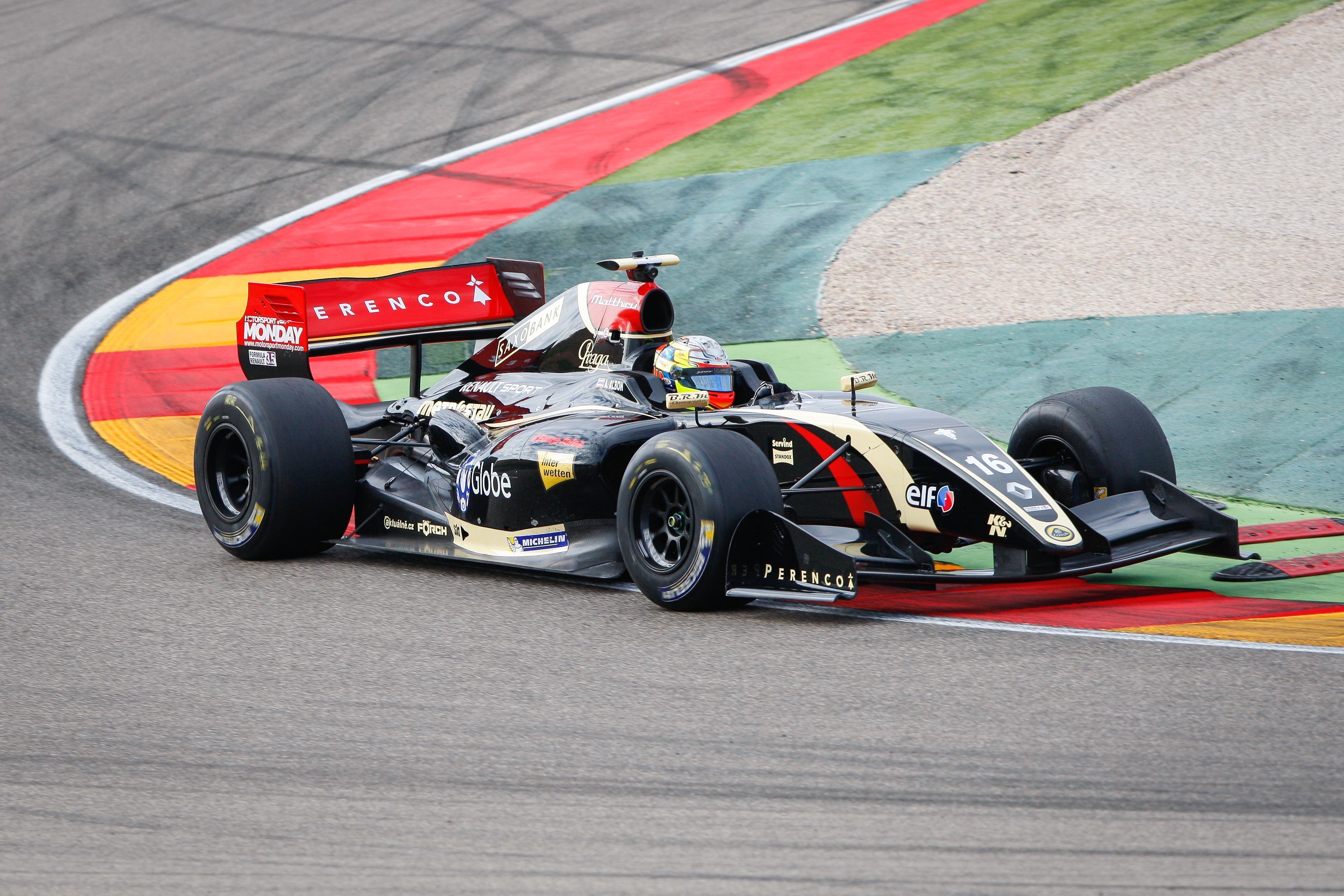 For the first of three days of collective tests at the Motorland Aragón, Alexander Albon (Lotus) was the quickest. The Anglo-Thai member of the Lotus F1 Junior Team was among the drivers invited by Renault Sport Technologies to test drive the Formula Renault 3.5. He dominated the morning session and posted best time of the day in 1:41.629 ahead of Gustav Malja (Zeta Corse) and Nicholas Latifi (Arden Motorsport), who were fastest in the afternoon.

At Motorland Aragón, the Formula Renault 3.5 Series field is composed of the top drivers of 2014 and hopefuls invited by Renault Sport Technologies. Among them, you’ll find the leading trio from the Eurocup Formula Renault 2.0, the top three from the Formula Renault 2.0 NEC and ALPS, as well as Jann Mardenborough, the 2011 winner of the GT Academy, who benefits from the expanding cooperation in the Renault-Nissan Alliance.

First on the circuit, Pietro Fantin (International Draco Racing) was the early leader. Charles Leclerc (Arden Motorsport), Alexander Albon, Andrea Pizzitola (Lotus) and Nicholas Latifi all led briefly before the Brazilian answered. In the final hour, Alexander Albon moved back to the top. His best time of 1:41.629 was best of the session, ahead of Pietro Fantin, Beitske Visser (AVF), Charles Leclerc and Andrea Pizzitola

In the afternoon, Guillaume Cunnington (Tech 1 Racing), Egor Orudzhev (Arden Motorsport), Ben Barnicoat (Fortec Motorsports), Dennis Olsen (Strakka Racing), Beitske Visser and Alexander Albon successively took the lead before Gustav Malja took over. At the start of the final hour, Nicholas Latifi neared best time of the session, before taking it from Alexander Albon. Nine minutes before the chequered flag, Gustav Malja posted the reference time of the afternoon in 1:41.725, ahead of Nicholas Latifi and Alexander Albon.

Alex Albon:“To be honest, I didn’t imagine I would have such a good day! The objective was to be the best rookie, and it went even better. I quickly felt comfortable. After two or three laps, you get used to the speed and realize how powerful the brakes are, the cornering speeds and the incredible stability of this single-seater.”

Ben Barnicoat:“It was a very good day. Despite a few problems, we were quickly in the top positions. I made a few mistakes, we lost our best time at the weight scale, but I am happy about this experience thanks to Renault Sport Technologies and the Racing Steps Foundation. I learned a lot for the future with this car where everything is bigger, faster and more aerodynamic. And the DRS is quite cool as well!”

Charles Leclerc:“The most impressive thing is the power that you feel when accelerating. Physically, it is a bit hard on the arms, but the neck is okay. Like every first run, I can still improve some things because I made some minor errors and lacked consistency in the runs. Nevertheless it was a superb opportunity!”

Jann Mardenborough:“This morning, I had to work by myself, which was something new. It was a good experience, where I had to progress on my own. We progressed all throughout the day in adapting the set-up to my driving style and we managed to enter the top ten. It is fantastic to be able to be in a race car where you can push lap after lap, which makes me very happy! I’m still impressed by the brakes; they are incredibly effective, as is the aerodynamic downforce of this car.”