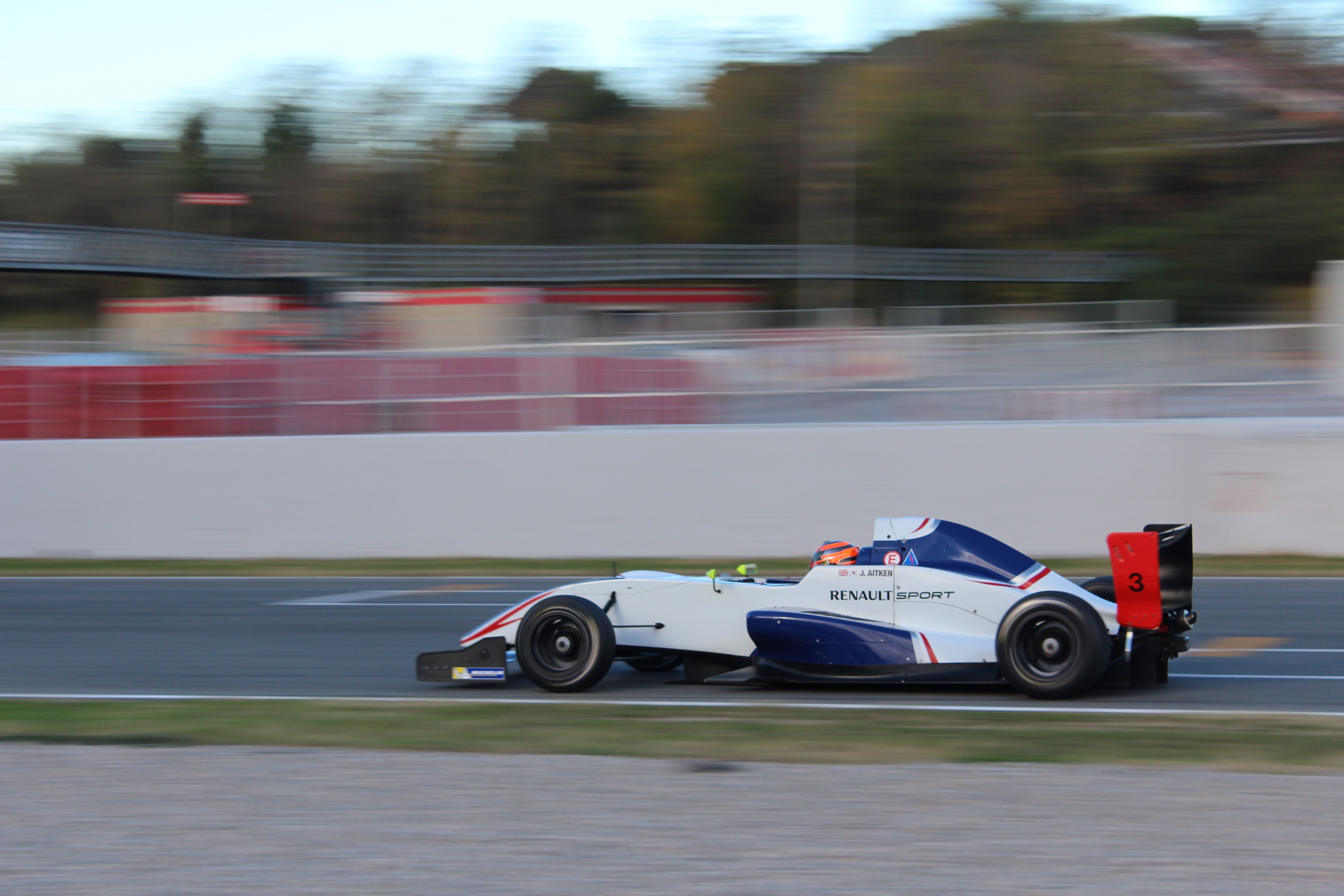 He is the Finnish team’s third announced driver and will be racing alongside British driver Jake Hughes and Australian Anton DePasquale. His season will take him all around Europe with no less than 14 rounds to compete.

“I have tested with several excellent teams this winter, and Koiranen particularly impressed me with their quiet but highly professional approach in the garage and an ability to give me a fast and reliable car. This is an important year for me as I’ll be looking to carry my momentum from last year into the first round, and to challenge for the top spot from the word go. The start of the season can’t come soon enough, and I’m looking forward to my year with Koiranen GP “says Jack Aitken.

“We are sure Jack gonna perfom straight from the start next season. Following his strong end of season, he will be at the forefront and one of a major actor of 2015 in Formula Renault 2.0. We think we have a strong line-up so far, Jake and Jack will work together, learn together and bring lots of info to rookie, but quick-learner Anton.”

Koiranen GP team is delighted to welcome its new British-Korean driver and made sure that some Cup-a-soup were stored to satisfy Jack’s little guilty pleasure!

Seaons kicks off on April 10th 2015 on the Autodromo di Imola, Italy.