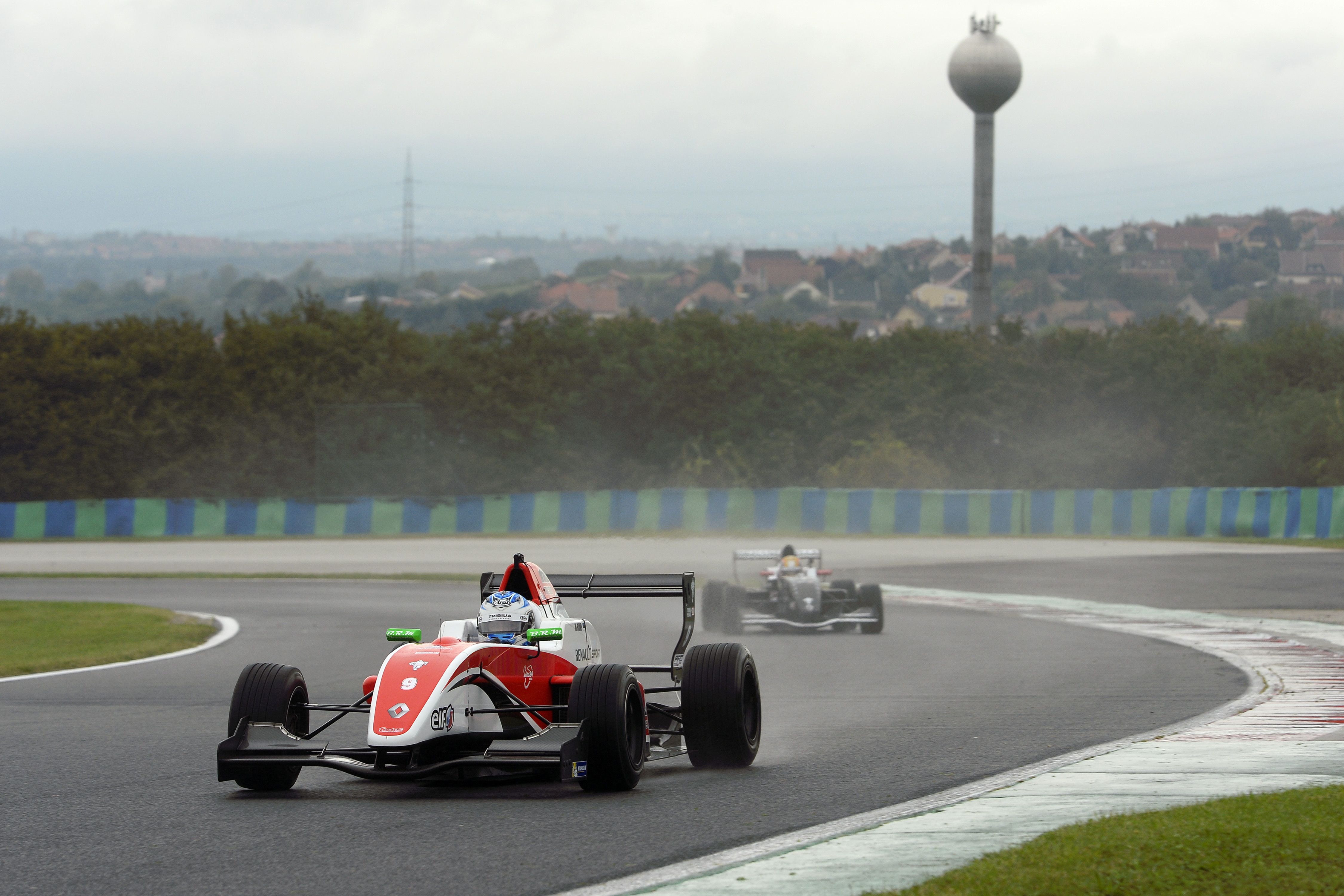 The Fortec Motorsports driver, Jack Aitken get his first pole position at the Eurocup after a wet qualifying. Malja was second and Leclerc third.

First was the time of the Group B drivers who did the qualifying in wet.

All drivers went to the track for fight for the pole position at the Hungaroring.

After the first lap, Pizzitola was first followed by Schothorst and Malja.

The Manor MP Motorsport drivers, Pizzitola and Schothorst were the only drivers who entered to the pits after the first laps.

Malja set the best time followed by d’Agosto and Orudzhev. Schothorst overcame d’Agosto and up to the second position when Pizzitola was on his personal best time, a red flag made the end. Finally he was 9th of the Group B.

The top three drivers of the Group B were: Malja P1, Schothorst P2 and d’Agosto P3. For Malja it will be his first ever front-row in the Eurocup

After this, it was the time of the group a drivers. De Vries set the best time after the first lap with Lecrerc second.

Leclerc set a 2:02:198, the best time of the qualifying, so the pole position will be made by one of the group a drivers. Leclerc’s team mate, Aitken, beat his lap time and went to the first position.