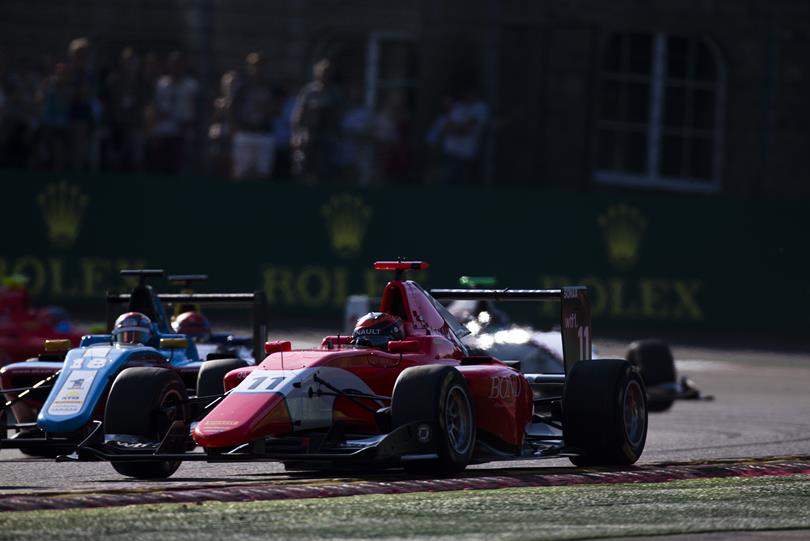 The British driver took his first victory in a race with a lot of crashes. Ferrucci Fuoco and completed the podium.

Aitken, who started from 4th position, managed to overtake Ferrucci in the beginning of the race and remained behind Isaakyan (race leader for the moment) in the fisrt laps.

In lap 4 came the first Safety Car due to a spin of Konstantin Tereschenko. But when the race was again relaunched, there was another incident between Jake Hughes and Matt Parry in the chicane of Les Combes.

After the restarts Aitken overtook the Russian driver, and Isaakyan also had to defend himself of Fuoco and Ferrucci‘s attacks to avoid losing more positions.

Again, the Safety Car came out, this time because Nirei Fukuzumi pushed Kevin Jörg against the barriers. Fuoco took advantage of this incident to overtake Ferrucci, but there wasn’t time to reach Aitken.

The British finally took his first victory with an advantage of 1,7s over Fuoco and Ferrucci, who went with him to the podium. Isaakyan had to reluctantly accept his 4th place after a great race.

The top 10 is completed by: Dennis, Leclerc, Schothorst, de Vries, Janosz and Albon.