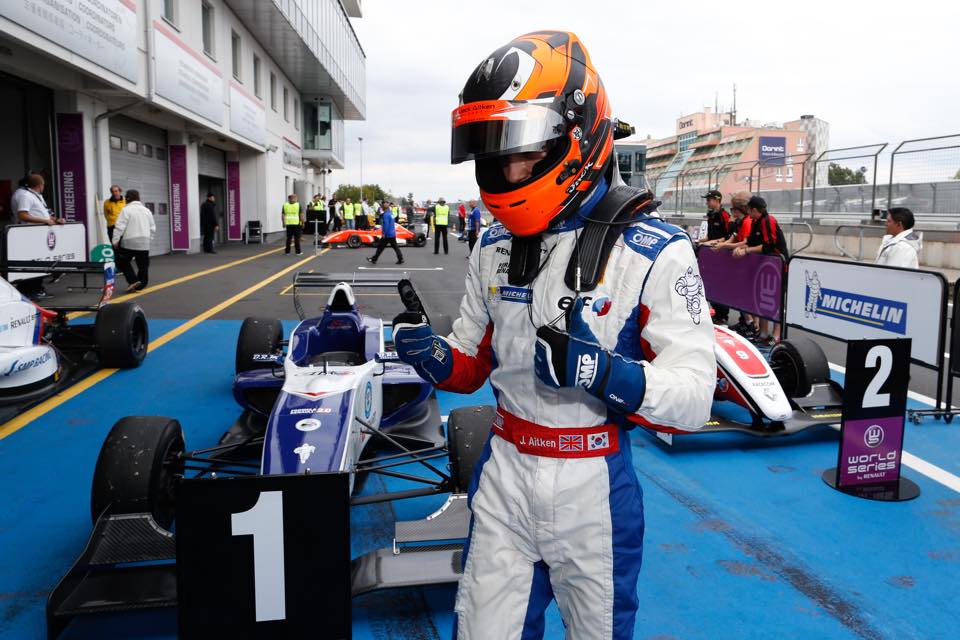 Aitken has been able to win in Jerez after a race with multiple accidents due to the rain. D’agosto and Barnicoat have been with him at the podium.

After the race was delayed because of the rain, the action began with all the drivers behind the safety car. After 5 minutes with the safety car on the track, the drivers were able to start competing. In those moments, Aitken was in first position, followed by D’Agosto, Barnicoat, Jörg, Delétraz and Olsen.

During the first lap without the safety car, we have already seen the first crash at the second corner. It has caused a yellow flag, but the race continued normally. There have been several attempts to overtake, but almost all have remained just like that, attempts.

Later, with 13 minutes left, Baptista has abandoned because of an off-track. 5 minutes later, Hubert and Hasse – Clot had a crash and both had to drop out. This caused another safety car that has been on track until the end of the race except the last lap.

Despite leaving the protagonism to the drivers after 8 minutes behind the safety car, things haven’t changed, and finally won Aitken, with D’Agosto and Barnicoat at the podium as second and third respectively. The TOP10 has been completed by Jörg, Delétraz, Isaakyan, Hughes, Olsen, Gachet and Kodric.