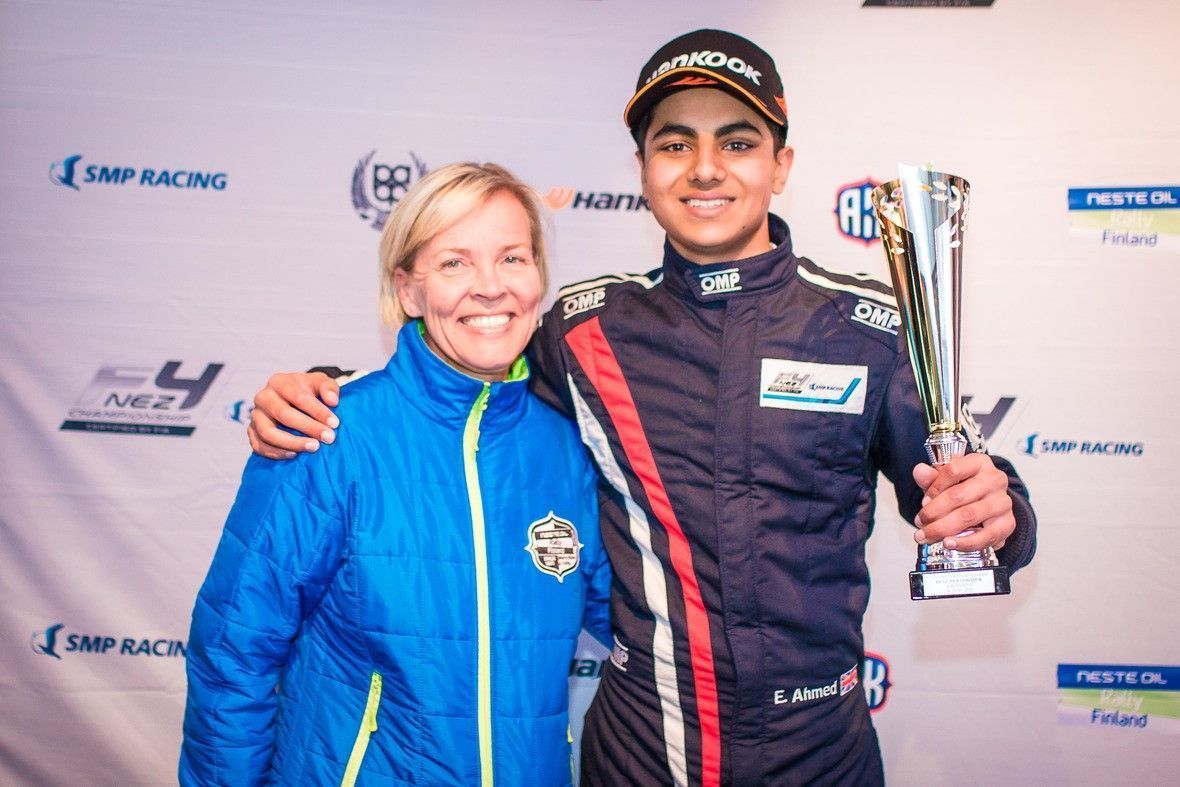 The British driver of only 15 years-old has win his first race in single-seater at Parnu, for the Race 1 of SMP F4 NEZ. Championship points leader, Niko Kari was second and Nylud third.

This weekend the SMP F4 championship arrives at Estonia for last time this season, in Parnu circuit for only 2 days and not 3. This means that yesterday we had the two practice sessions and qualifying, and today was time for 3 races.

Kari lost the first place, after and incredible start -once again, from Enaam Ahmed who take the lead of the race until the end, getting it’s first victory in SMP F4. Third position was for Niklas Nylud.