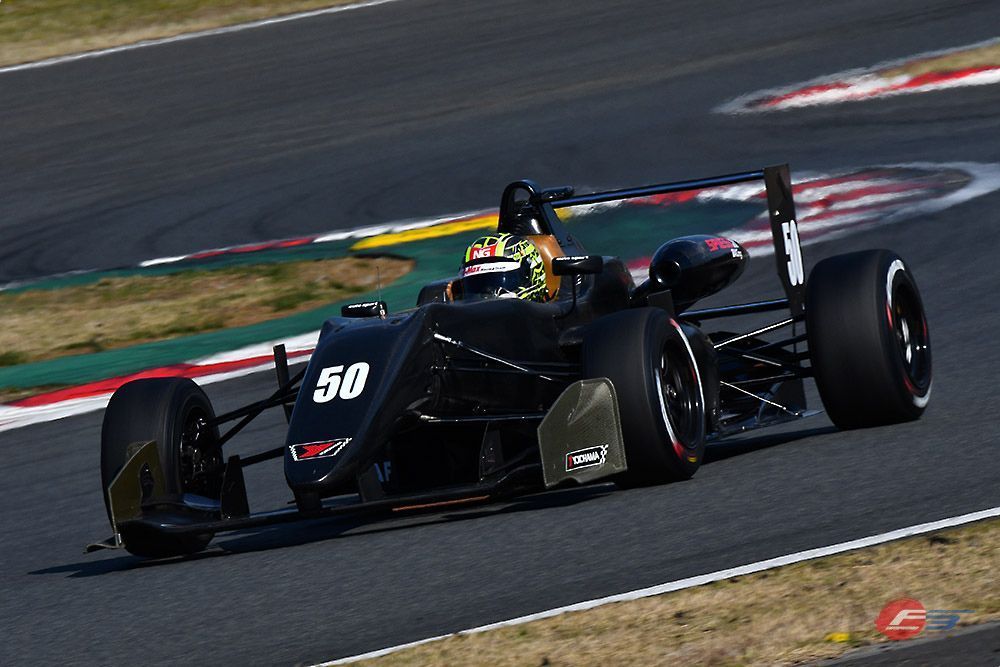 British F3 champion Enaam Ahmed has found another seat in Japanese F3 for 2019 alongside Ameya Vaidyanathan.

Funding issues derailed Ahmed’s move in Europe as the British racer secured a seat with ThreeBond Racing for a move to Japan in its F3 championship in 2019. However, he lost his seat due to contractual issues ahead of the two-day test at Fuji.

The team kept Ai Miura as it signed Hiroki Otsu as Ahmed’s replacement. The British racer himself made a move to B-Max Racing with Motopark as he joined the already announced drivers Sacha Fenestraz, Dragon and Tairoku Yamaguchi.

Ahmed made his B-Max debut in this week’s test at Fuji where he finished fourth overall across the two days of running, with Fenestraz topping the standings. The test also saw B-Max’s fifth signing as India’s Vaidyanathan joined the outfit.

The EF Open race winner confirmed to FormulaRapida.net about his move to Japan with B-Max as he completed the Japanese-German outfit’s line-up. The Indian finished 12th in his first outing in the Dallara F315 used in Japanese F3 championship.

Vaidyanathan raced in European F3 last year with Carlin, where he was involved in a major incident with Red Bull Junior and Motopark’s Dan Ticktum – fortunately both were unscathed as they continued to compete in the remainder of the season.

Meanwhile, Charles Milesi is the fourth international driver to compete in Japanese F3 in 2019 with the Frenchman racing for OIRC team YTB with Carlin Buzz Racing alongside Yoshiaki Katayama. Milesi finished third overall in the two-day Fuji test.

The 2019 Japanese F3 season starts with the Super Formula championship at Suzuka on April 20-21 of this month, with eight rounds spread out in the year which will end at Okayama during September 28-29 weekend.