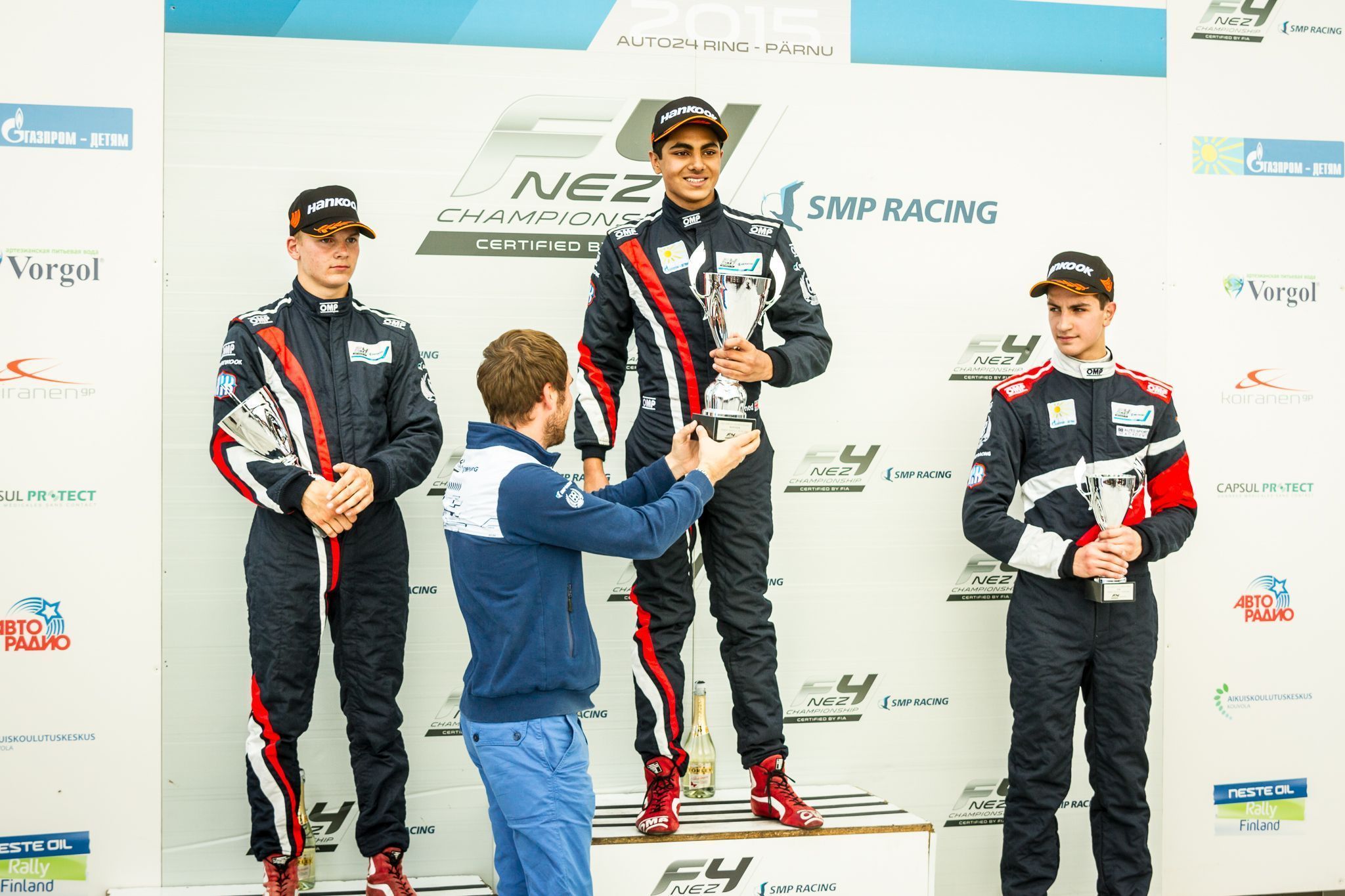 Ahmed has taken his second win this weekend at SMP F4 NEZ championship at Pärnu after another lights to flag win. Kari and Atoev completes the podium as Troistkiy made a great comeback to fourth.

Race 2 starting grid is as always the Results on Race 1 so this means that Enaam Ahmed started on pole once again, followed by Kari, Isaakyan and Atoev.

The sun in Estonia made a bit hotter the track and ambiance temperature at Pärnu. Once again at the start Kari had a good chance to overtake Ahmed but the British driver get defensive and kept the top position. Isaakyan and Atoev follow them as Huovinen was fifth.

Kari immediately attacked Ahmed as the champion was under pressure by Isaakyan. But the today’s race 1 winner set a couple of fastest laps to made a bit gap on Kari as Atoev passed Isaakyan for third place.

The Russian had to drive defensive as Huovinen attacked him and Troitskiy with a strong pace catch them and overtook Huovinen who then, made a mistake and drop to sixth place in Laaksonen favor. Troitskiy also did a great move on “Koala” –Nerses Isaakyan to comeback to fourth position.

So it’s the second victory for Ahmed, fourth at Pärnu and fourth this season as Kari and Atoev completes the podium. In points places are Troitskiy, Isaakyan, Matveev, Sitnikov, Huovinen, Korneev and Nylund.

Next Race and final of the season will start this afternoon at 17.00 Estonian time, 16.00 for European folks.