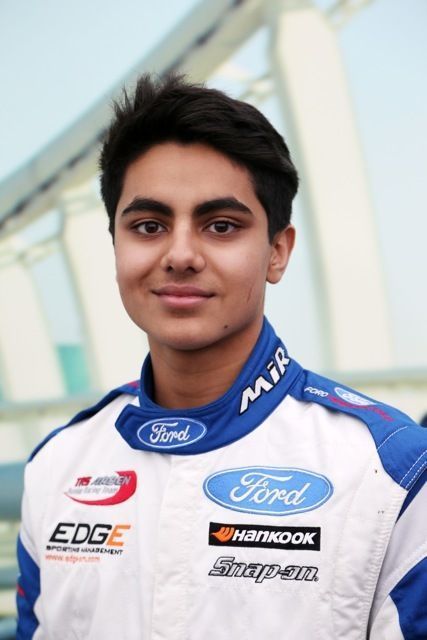 New arrival to the SMP F4 championship, fifteen year old Enaam Ahmed is set to join the series at the first round in just over two weeks at Ahvenisto on the 16th-17th May.

The five-time champion dominated the karting season in 2014 winning the CIK World Championship, CIK European Championship, WSK Super Masters Series, WSK Champions Cup and Winter Cup, a huge achievement for such a young talent hoping to continue on his wining streak in the next platform of his career.

He will be completing selected rounds of the season in the new North European Zone Championship. Ahmed will be competing against the other twelve drivers already announced in the run to win the 350.000€ to go to the 2016 F3 European Championship, which is up for grabs.

“I’m over the moon to be competing in selected rounds of the SMP championship rounds this season. We tested the car back in January and I really enjoyed it. The team was awesome, as was the car. We were given the opportunity to race this season and we couldn’t turn the offer down. I’m looking forward to getting stuck in and hopefully learning more about car racing along the way.” <<

It’s good to see International drivers coming to SMP F4. We are very happy to have a British driver with such a pedigree joining the Championship. <<