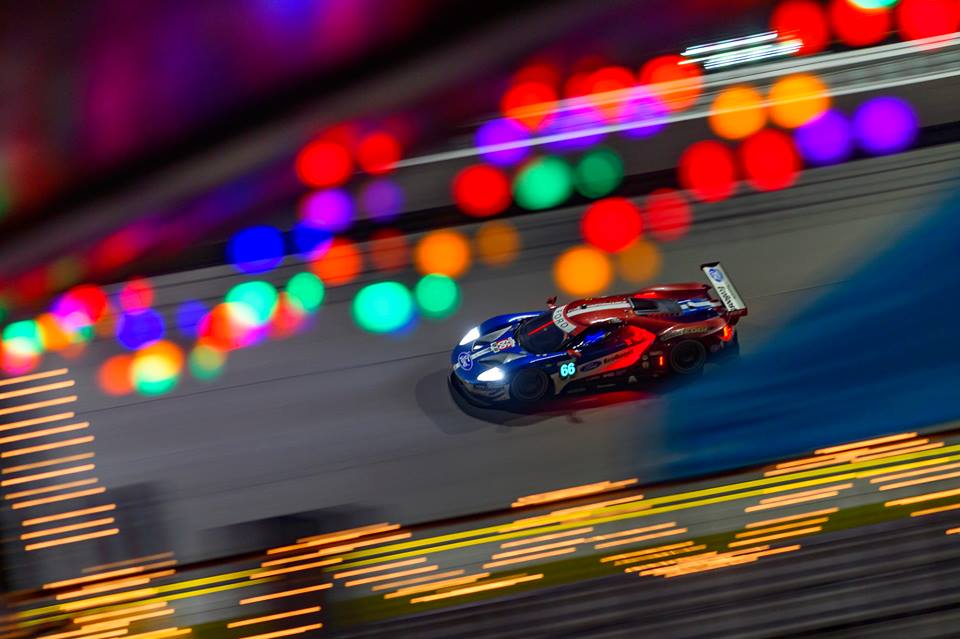 Both Ford Chip Ganassi Racing lead without issues in GTLM with Corvette #3 behind. In Prototypes, Cadillac #5 of Mustang Sampling Racing continues leading in front of Core Autosport #54.

Now, Filipe Alburquerque is in the car and he’s leading with 3 Laps of gap with Duval in Core Autosport #54. Felipe Nasr is in 3rd position, after losing the 2nd place but he stays in podium.

Ligier #32 United Austosport has lost the podium two hours ago because of an issue. Meanwhile, Fernando Alonso has returned to car and he’ll finish the race driving the Ligier. After the problems that have happened to his team, they remain in 19th place at 34 Laps behind.

Looking to GTLM, it is being the most interesting right now. Both Ford Chip Ganassi are leading the category and they are close each other using Slipstream as and advantage. The car #66 is driven by Sebastien Bourdais, while car #67 is driven by Scott Dixon, also an Indycar Series driver.

In GTD, Lamborghini set the pace with Bortolotti at GRT Racing #11. At 2nd, close to the leader, Mercedes AMG #33 want to steal the win. Michael Shank Racing #86 and Allmendinger remain in 3rd, completing the podim.

Only 2 laps remain to finish this prestigious race and the rain is coming. We will see if it rain strong. It could be determinant to cars’ performance and final results.