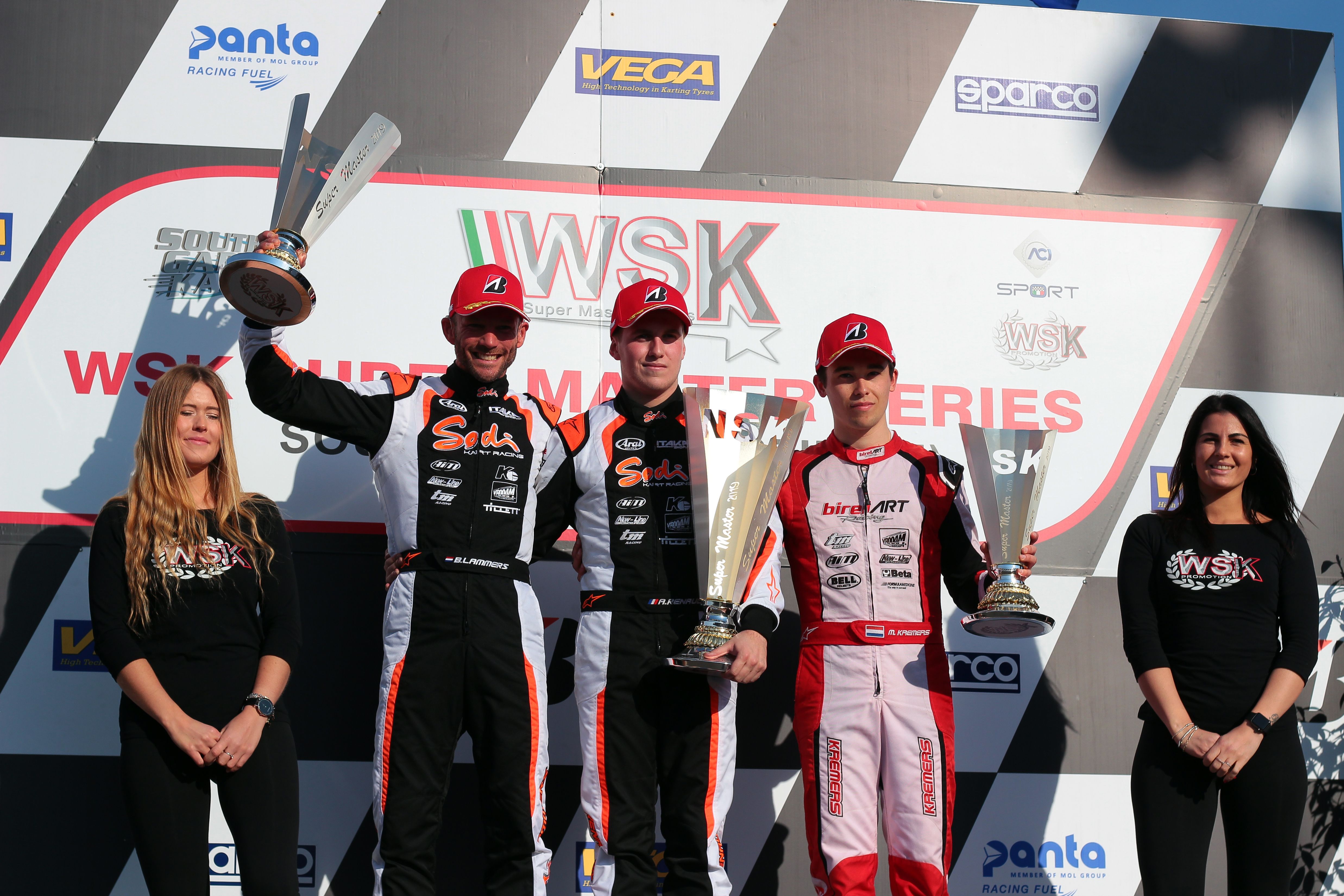 French rider Adrien Renaudin was the winner of the first KZ2 race of the season of the WSK Super Master Series, which was held at the South Garda Karting in Lonato, Italy. The SodiKart won by a minimum distance compared to his partner Bas Lammers and the Dutch Marjin Kremers.

At the time of departure, Bas Lammers lost the lead with the official CRG driver, Paolo de Conto who would lead the first 8 laps of the race before being overtaken by Lammers himself.

The Dutchman could not do anything against his teammate, the Frenchman Adrien Renaudin (SodiKart / TM Racing / Bridg) who overtook him for the lead of the race with 10 laps remaining, a position that no longer abandoned everything and the strong pressure of Lammers.

In this way Adrien Renaudin led a double for the official SodiKart team, with Bas Lammers second. The fight for the last step of the podium was disputed by Paolo de Conto and the Dutchman Marjin Kremers (Birel ART / TM Racing / Bridg), with the Dutchman overtaking the Italian in the penultimate lap of the race.

The fight for the championship of the WSK Super Master Series of KZ2 is interesting, but with a clear favorite, the pilots of SodiKart. Bas Lammers leaves Lonato with a first place and a total of 91 points, 2 more than his partner Adrien Renaudin. Further back are Marjin Kremmers and Paolo De Conto.

The KZ2 category must wait until the end of March to get back on track. When they do, they will compete in the classic Sarno track.