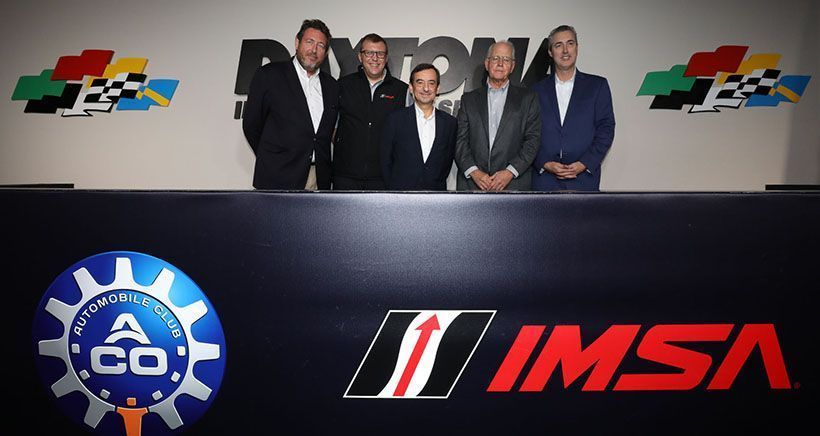 The ACO and IMSA have released details of the LMDh technical regulations which will bring the two sportscar championships more closer than ever.

The first details of the joint draft technical regulations for Le Mans Daytona “h” (LMDh), which will be eligible for the top category of international sports car racing in both the FIA World Endurance Championship (WEC) and the IMSA WeatherTech SportsCar Championship, were released last week to interested automotive manufacturers and chassis constructors.

The comprehensive and detailed regulations are the result of many months of collaborative work by the technical departments of the Automobile Club de l’Ouest (ACO) and the International Motor Sports Association (IMSA), together with more than a dozen automotive manufacturers and the four nominated chassis constructors (Dallara, Ligier, Multimatic and Oreca).

Following a joint press conference at Daytona International Speedway in January announcing plans for convergence, a full detailed public presentation of the technical regulations was originally intended to be held in March at Sebring, but was postponed due to the COVID-19 pandemic. In the meantime, the presentation was made to interested automotive manufacturers and chassis constructors last week using WebEx remote group presentation software technology.

The global description of the LMDh platform will correspond to the following points:

The cars will feature:

The basis of the joint regulations to govern the new LMDh category is comprised of the following points:

It is intended that the top category of competition for the WEC, which has the 24 Hours of Le Mans as its cornerstone event, will integrate Le Mans Daytona h with Le Mans Hypercar race cars to ensure convergence leads to similar car performance parameters for both technical rule sets.  Meanwhile, IMSA, with the Rolex 24 At Daytona as its premier event, will welcome LMDh cars while being open to LMH participation from mainstream automotive manufacturers once performance at IMSA circuits can be further validated.

The introduction of LMDh race cars continues to be targeted in the 2022 racing season for both the ACO and IMSA.  However, this timeline will clearly need to be further validated in partnership with the automotive manufacturers, chassis constructors and key suppliers in light of the COVID-19 pandemic to determine if a delayed introduction becomes necessary. Final regulations are anticipated to be released on or before the 24 Hours of Le Mans in September 2020.

Pierre Fillon, President of the ACO: “Officially launched in Daytona in January, the ACO-IMSA convergence is now entering an important phase in its implementation. We are unveiling the basic technical details of this new LMDh category which will see the same car being allowed to race in the FIA World Endurance Championship and the IMSA WeatherTech SportsCar Championship, without any modification necessary to the car. The dream of many manufacturers is finally coming true. Le Mans Daytona h and Le Mans Hypercar will embody the top category of endurance racing. This is a historic and decisive moment for the future of our discipline. ”

Ed Bennett, IMSA CEO: “We have reached another key milestone with the release of our draft technical regulations for LMDh. There is still more work to be done, but the positive spirit of collaboration between the ACO and IMSA, as well as our four constructors and many interested manufacturers has been fantastic and truly unprecedented. These regulations provide a roadmap for manufacturers and constructors to embark on the design process for new LMDh race cars that will revolutionize the top category of premier sports car racing around the globe.”

Gérard Neveu, CEO of the FIA World Endurance Championship: “Since the coronavirus pandemic, the way in which motorsport will be thought about in the future has undoubtedly been affected. Our strategy for LMDh is to try to find the best answer to manufacturers’ technical and competitive wishes, as well as offering them the greatest global visibility for their brands.  The top category of competition will now include low cost, high performing cars which respond to the needs of both our respective championships.”

John Doonan, IMSA President: “As these technical regulations will attest, LMDh is a logical and appropriate next step to follow the successful Daytona Prototype international (DPi) in the IMSA WeatherTech SportsCar Championship. The LMDh will retain many attributes that led to the success of DPi, but the addition of relevant technologies and the convergence of regulations with the ACO opens the door for more manufacturers to participate in the future. We could not be more proud of the instrumental role our IMSA technical team played alongside their counterparts at the ACO to deliver these regulations.”

[Note: The above is as per the WEC website with no edits made]