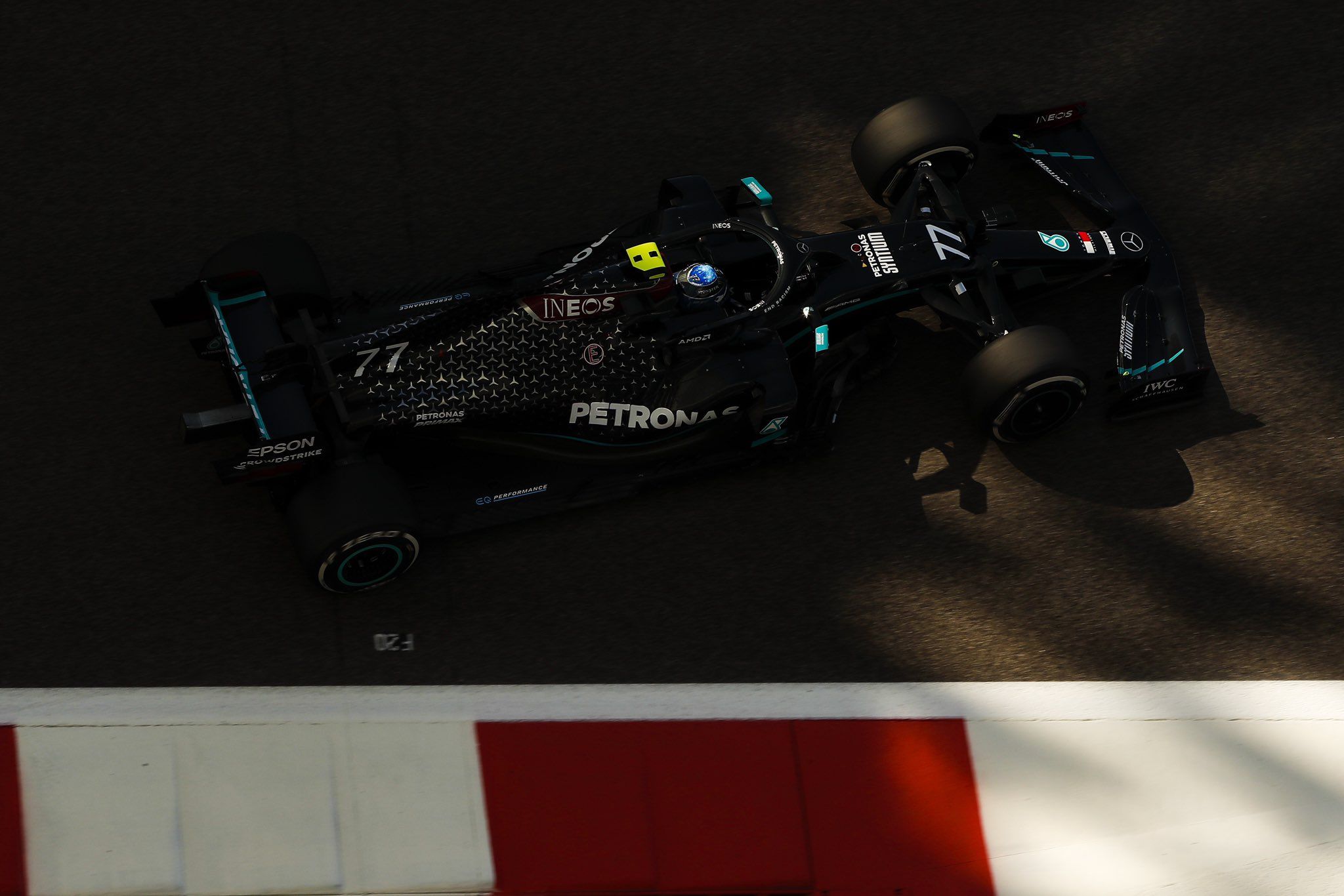 The first part of the F1 Abu Dhabi GP FP2 at Yas Marina Circuit had drivers testing the 2021 C4 Pirelli tyres on a busy track, with all of them given just the one set, where they were asked to do a minimum of eight timed laps in all to gather the data.

The trio set their best on the medium tyres after their fast times on the soft compound was deleted due to Turn 21 track limits, which caught out many in the FP2 session as opposed to FP1. Another to be affected was Red Bull’s Alexander Albon (1m37.263s) in fourth.

The Thai lost all his quick laps on the medium tyres but his quick lap on the soft managed to stick. McLaren’s Lando Norris (1m37.438s) did well in fifth ahead of a tight pack of four drivers being led by Renault’s Esteban Ocon (1m37.505s).

For Perez, though, it won’t be easy in Abu Dhabi GP, having taken new ICE and TC, which will bring in grid penalty. His teammate Lance Stroll (1m37.560s) rounded out the Top 10, meanwhile, with AlphaTauri’s Daniil Kvyat (1m37.596s) in 11th.

The long-run plan for most was hampered due to a lengthy red flag for Alfa Romeo’s Kimi Raikkonen, whose car was on fire after an engine trouble. He stopped on the middle of the track as marshals rushed in to douse it with the Finn also helping them.

The incident happened seconds after Williams’ George Russell had a power unit for himself. The Brit could bring the car in the pits but with red light flashing, the mechanics couldn’t touch it until it turned green, due to the risk of shock.

The session re-started with about five minutes remaining as Hamilton was stuck in front of Haas F1 garage. The Brit could re-start and move on eventually as replays showed Albon and Ocon getting racey on the support straight, in a silly move.

Meanwhile, between FP1 and FP2, Renault’s Fernando Alonso was out in his 2005 R25 at Yas Marina circuit for his first run of the Abu Dhabi GP weekend. The Spaniard is due to do the same on Saturday and Sunday as well.

On a level of 1 to 11, how emotional is everyone right now?!#RSSpirit #AbuDhabiGP pic.twitter.com/wC3kqH6ykm

Fernando used this very car in the final six races of the 2005 championship. It scored a podium every time, including a win at the championship decider in China – in fact, the map of the Chinese track is still inside the car! #RSspirit #AbuDhabiGP pic.twitter.com/alFKjP915l